The Chancellor, Rishi Sunak, has cancelled plans to increase duties on beer, cider, wine and spirits in his first Budget.

For only the second time in 20 years, all alcohol taxes have been frozen for 2020, while smokers face an increase of 67p on a 30g packet of hand-rolling tobacco.

Although a so-called milkshake tax had been rumoured, there was no mention of plans to extend the current ‘sugar tax’ in the Budget.

What are ‘sin taxes’?

A sin tax is an excise duty levied on goods deemed harmful to individuals, most notably alcohol and tobacco, although soft drinks have been subject to the Soft Drinks Industry Levy, commonly known as the ‘sugar tax’, since April 2018.

This is in addition to standard rate VAT at 20%.

Sin taxes are usually expected to rise in line with inflation, unless the Chancellor decides to freeze or cut them.

Duty rates on beer, spirits, wine and cider will remain the same for 2020–21.

Alcohol duty is included in the price you pay for beer, cider or perry, wine or ‘made-wine’ (any alcoholic drink made by fermentation that’s not beer, cider, perry, spirits or wine), and spirits.

The amount you pay depends on the type and strength of the drink, or ‘alcohol by volume’ (ABV), with different rates for still and sparkling in the cases of wine and cider.

Cost per litre per 1% of alcohol, by drink type 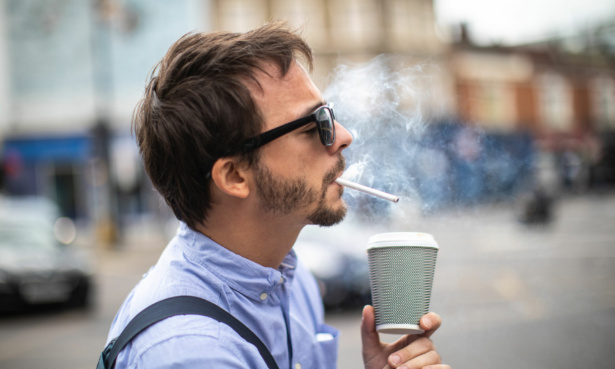 Following a consultation in 2018, the government introduced a new category for heated tobacco products (processed tobacco heated directly to produce vapour or designed to be heated in a vaporiser). This will increase from £234.65/kg to £243.95/kg, equivalent to an extra 33p on 30g of tobacco.

E-cigarettes do not contain tobacco and are therefore not liable for tobacco duty.

No mention of sugar tax in Budget

The industry sugar tax on soft drinks, in place since April 2018, means companies are hit with a levy of:

The tax aimed to encourage manufacturers to reduce the sugar content of drinks, following a 92% rise in obesity levels since the 1990s, which made the UK the most obese country in western Europe according to the Organisation for Economic Co-operation and Development (OECD).

The Prime Minister, Boris Johnson, previously criticised plans to extend the current sugar tax to milkshakes, stating that they ‘clobber those who can least afford it’.

Neither the Chancellor nor his red book made mention of milkshakes being subject to sugar tax.