Which? testing has found that washing at 30°C rather than 40°C uses 38% less energy. This could cut your energy bills by up to £23 a year, based on four washes a week.

And if we all made this change, the UK could reduce our CO2 footprint by the same amount as taking 400,000 cars off the road.

If the past few months have taught us anything, it’s that if we can support each other and work together, we can make a real difference. And you’d be surprised how much impact a seemingly small change can make.

Read our washing machine reviews to find the most energy efficient models. 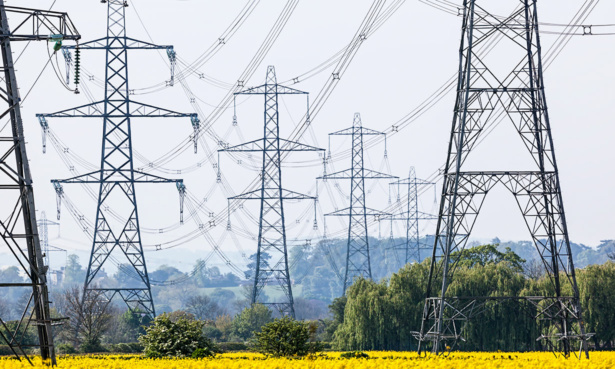 Washing machines are more efficient than ever, but they are still pretty energy-hungry.

Our testing shows that the average washing machine costs almost £38 a year to run, based on using the 40°C cottons wash four times a week – emitting the same amount of CO2 as driving 230 miles.

The most efficient models cost just £15 to run (but don’t tend to be good at cleaning), while the most gluttonous eat up £63 a year. 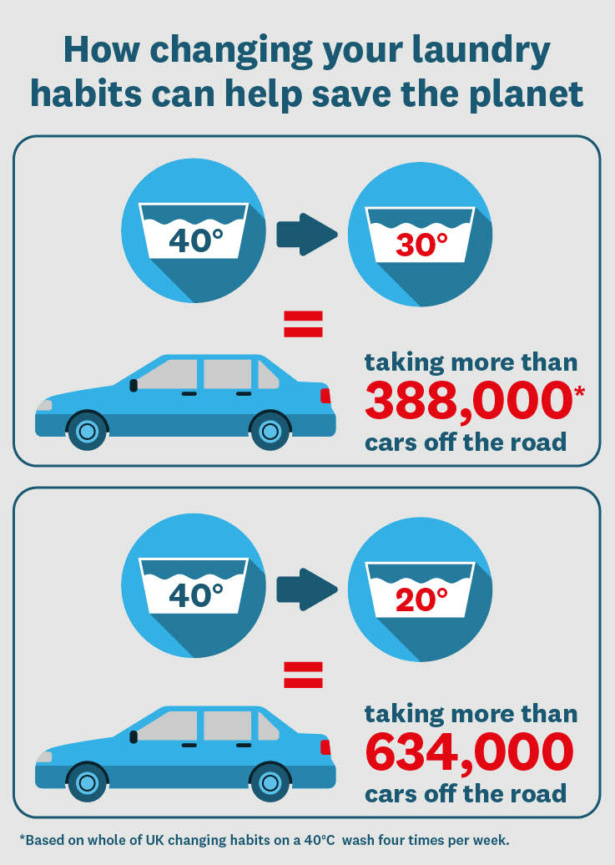 Considering that there are around 40 million washing machines in the UK, this adds up to 2.26m tonnes of CO2 emitted each year, according to European Environment Agency data and our washing machine testing.

That’s more than all of Manchester’s annual CO2 emissions. 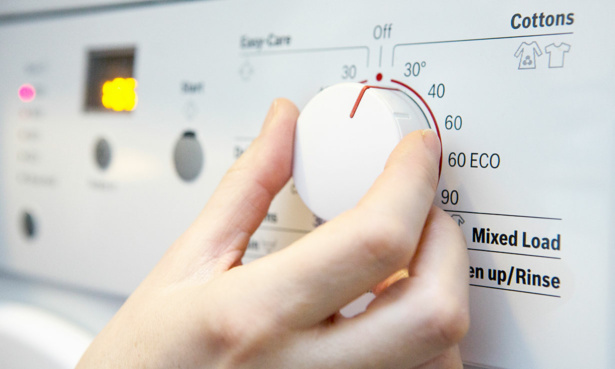 Lowering the temperature doesn’t mean you need to compromise on cleaning power.

Our snapshot test revealed that, unless you’re washing really soiled clothes, modern machines (particularly our Best Buys) will still do a good job most of the time.

The only things to watch out for are tough protein stains, such as blood, won’t be cleaned as well at 30°C. And, while fats will be removed from cottons easily at these temperatures, synthetic fibres need more heat for a thorough clean.

Tips for washing at lower temperatures:

According to NHS and government advice, the normal washing of clothes will reduce the risk of germs spreading such as coronavirus.

Although there are some cases where you might want to wash at a higher temperature – read our story on how to wash clothes and kill germs to find out more.

The problem with the EU energy label

The EU energy label was introduced in 1995 and has changed modern washing machines, making them more energy efficient (although they also take longer to wash).

The original rating scale was A+++ to G, but now almost all the washing machines we test have either an A++ or A+++ rating; nothing less than A+ is allowed on sale.

You might think that buying an A+++ washing machine would make sure you’ve got an efficient model, but you’d be wrong. 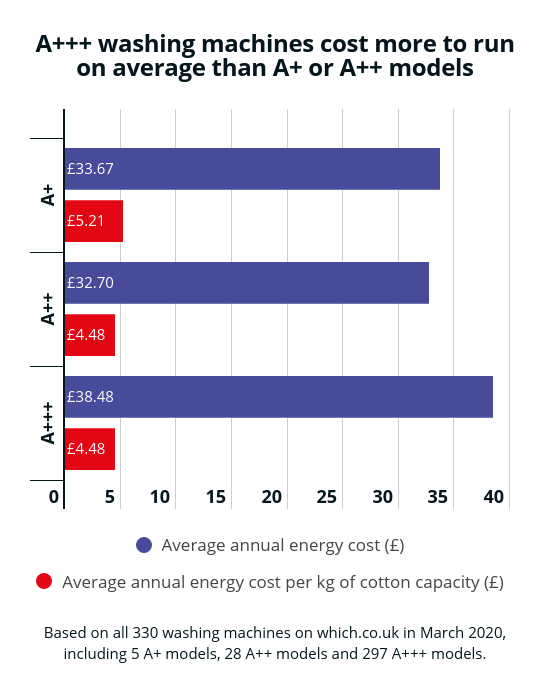 Our results have shown that A+++ models range wildly and cost more on average than A++ and A+ models.

This is partly down to A+++ models have larger capacities, on average, but could also be because the official testing isn’t very realistic.

The current energy label is based mostly on 60°C cottons washes, with just a quarter based on 40°C washes. Our tests are based on two 40°C programs (cottons and synthetics), as that’s what’s most frequently used by the general public, according to our surveys .

This is why it pays to check our washing machine reviews.

Choosing an inefficient model could add hundreds of pounds to your energy bills over the life of your washing machine.

Find out which are the most energy efficient washing machines

To find out how much washing at a lower temperature would reduce our carbon footprint, we tested a range of six washing machines, from an expensive Miele to an affordable Beko.

We ran them all at 40°C, 30°C and 20°C, once with powder detergent and again with a liquid made for lower temperatures, to compare energy use and cleaning.

The car emission data is based on our own car emission tests, as well as figures from our annual car survey of more than 44,000 members of the general public between December 2018 and February 2019.