With the Premier League back in action and groups of six allowed to congregate outside for barbecues; there’s a good chance you might soon be enjoying a cold beer or another favourite tipple.

But if your fridge is packed with food, is there an alternative method to chill your drinks quickly?

A warm lager or room-temperature prosecco can be pretty disappointing – so one of our, rather enthusiastic, researchers volunteered to put eight common chilling methods to the test.

Below we reveal, in reverse order, the most effective chilling techniques for your drinks. 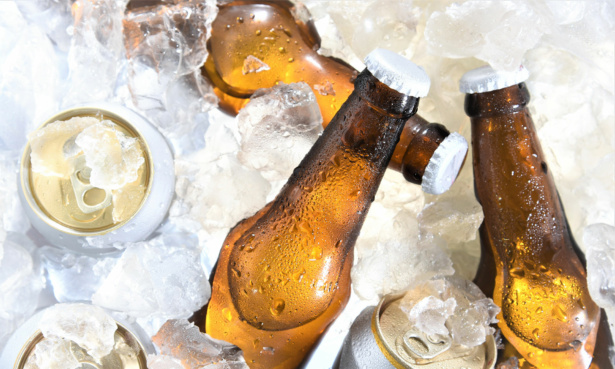 Filling a bucket with enough cold water to completely submerge a bottle for 30 minutes led to a measly 2.5 degree temperature fall, and a lukewarm 18°C beer.

Not a great start.

7. Run the bottle under a cold tap for three minutes

You can get identical results in only three minutes by running a bottle under a cold tap.

We recorded a 2.5 degree temperature fall. But you’ll still be left with a lukewarm beer and it’s also incredibly wasteful.

This involves putting the bottle in a shallow bowl of cold water and covering with a wet flannel.

Put the bowl in a breezy location and the idea is that the breeze evaporates the water from the towel and thus cools the bottle.

It’s a bit of a faff, but it is more effective than just cold water, and it’s the best method if you’re caught outside without ice, a fridge or a freezer (unless you have access to a cool stream of course).

This method dropped the temperature by 3.3 degrees in just 30 minutes. 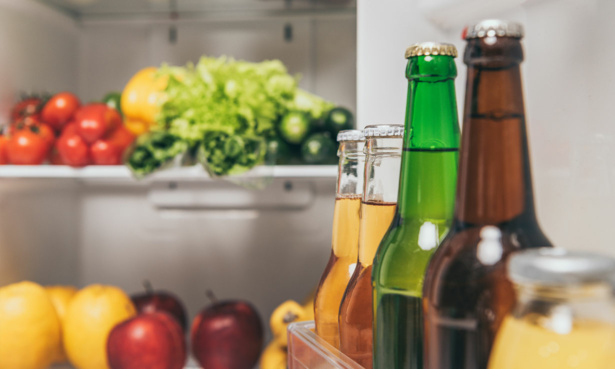 5. Put the bottle in the fridge

In a fridge the bottom will be the coldest section, as cold air sinks (unless there is a freezer compartment at the top), so we put a bottle in the bottom of a fridge for 30 minutes and recorded the change in temperature.

The temperature dropped by an underwhelming 3.6 degrees, which is only a tiny bit better than the air cooling method above. 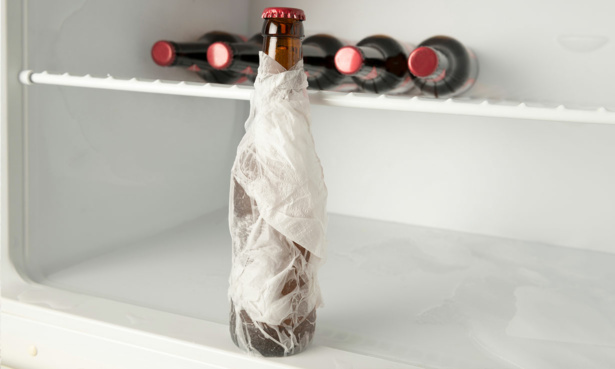 4. Cover the bottle with wet tissue paper and put it in the freezer

Many people swear by this method, but we found it didn’t work as well as just putting the bottle in the freezer without wet tissue around it.

And the wet tissue is really messy too.

Still it did drop the temperature of a beer by 11.6 degrees in just 30 minutes. 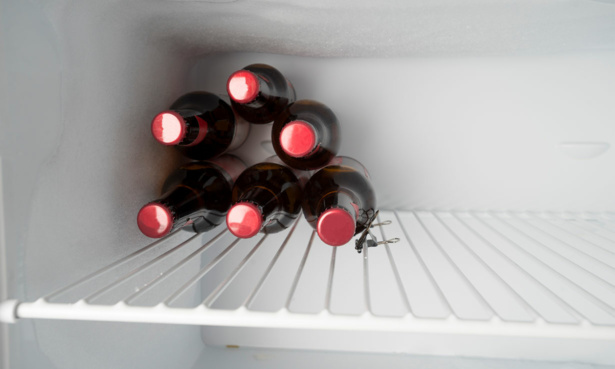 3. Put the bottle in the freezer

It’s high risk, especially if you’ve already had a few and leave them in there for too long, but putting your beer in the freezer is a shortcut to cold beer that many have taken.

Just 30 minutes at the back of the middle drawer (the coldest part of the freezer), saw the temperature drop by an impressive 12.7 degrees leaving the beer very drinkable at just under 8°C. 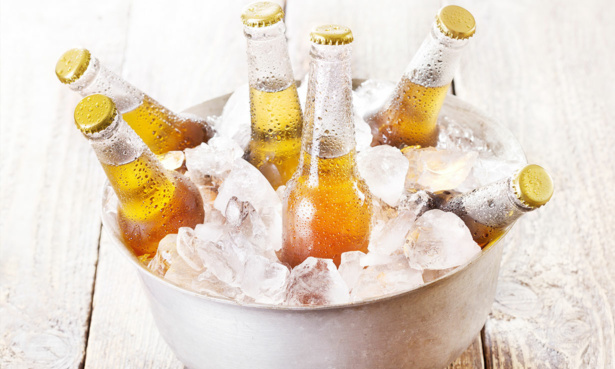 2. Bucket of cold water with ice

We put 1kg of ice in a bucket and filled with enough water to submerge the bottle.

The results were pretty spectacular, with the temperature of the beer dropping 16.6 degrees in just 30 minutes. Refreshing. 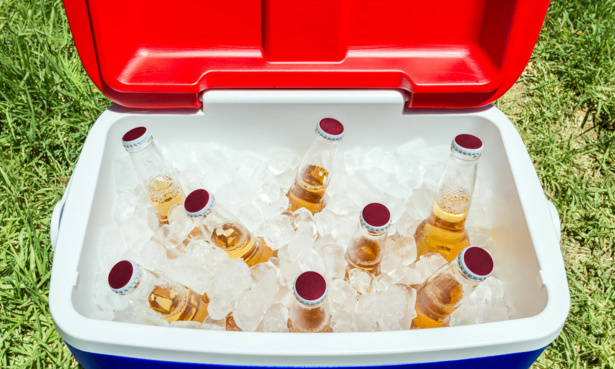 1. Bucket of cold water with ice and salt

Without a doubt, this is the best way to get an ice-cold beer, fast.

We put 1kg of ice in a bucket with enough water to fully submerge a bottle, we then added 100g of salt.

In just half an hour the temperature of the beer dropped by 18.9 degrees, leaving the beer a chilled 1.6°C.

After an hour we managed to get the temperature of the beer down to a little less than 0°C with this method.

Saltwater has a lower freezing point than regular water.

These sub-zero temperatures will chill your beer faster, and ultimately leave it colder. 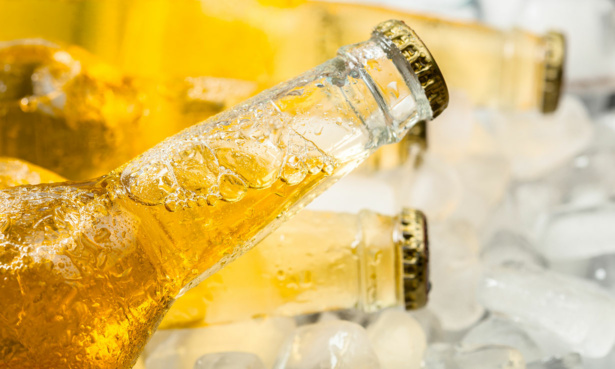 How did we find the best chilling method?

At Which? we don’t believe in doing things by halves.

Our product reviews are based on intensive lab tests which take weeks to conduct.

Before we publish a fridge-freezer review, for example, it has gone through more than 200 individual tests before we decide which are the best and worst.

While there’s less at stake trying to bring a drink to temperature, than when buying your next big appliance, rest assured that like all testing at Which? the chilling results in the table below are accurate, repeatable and robust.

We used bottled beer for our test, but would imagine that similar results are achievable with other bottled drinks.

*Room temperature during the experiment: 22.5°C.

** Not a drop of beer was wasted during testing. 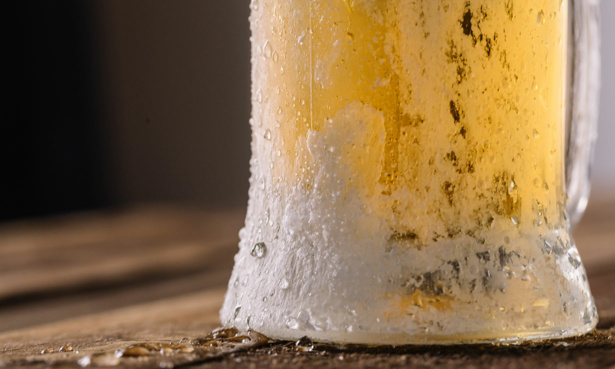 How cold should you serve your drinks?

Of course, coldest doesn’t always mean best. Below are some serving suggestions for popular beverages.

Go to our A-Z of wine pairings to find out what foods our experts pair with different wines.

We hope you’ve found this article insightful and wish you luck with chilling your own drinks.

If you fancy being better prepared for the next barbecue or sporting event, then why not invest in a new fridge for the summer, or even a wine cooler.

Our tests reveal the fridges and wine coolers that will chill your drinks fast and keep them at a steady temperature, even if the temperature in the room is fluctuating.