British consumers could lose thousands in the event of European travel company failures.

Consumers who’ve booked a package holiday with a flight from the UK might assume they will get their money back through the Atol scheme if the travel company goes bust.

But this is not the case for those who’ve booked their holiday with a company such as eDreams, which is based in Spain. Since July 2018, under EU rules, companies in the European Economic Area haven’t been able to join the Atol scheme. But eDreams is obliged to financially protect package holiday customers under Spanish law and is part of a scheme in Madrid.

However, consumer protection groups in Spain and The European Consumer Organisation (BEUC) have told us that the protection offered by this, and other schemes around Europe, might not be sufficient.

Find more unbiased advice on travel and coronavirus, award-winning investigations and legal advice on holiday refunds and cancelled flights with Which? Travel.

eDreams claims to be Atol protected

Despite EU rules that prevent eDreams from joining Atol, it recently sent customers emails stating: ‘In case of our own insolvency, payments will be refunded. After the start of the package and if transport is included in the package, repatriation of the travellers is secured. Now eDreams SL has taken out insolvency protection with Atol.’

This was untrue and it’s admitted that it was a mistake. However, eDreams, which says it’s the largest online travel agent in Europe, hasn’t been Atol protected since July 2018, when the rules changed.

How well protected is your money?

In the Madrid-based scheme that eDreams belongs to the rules say that the minimum amount that the financial guarantee must cover is ‘5% of the invoice for package travel of the previous year (minimum €100,000)’. BEUC told us: ‘This is likely to be insufficient in the COVID-19 situation.’

We don’t know whether eDreams has paid the minimum or provided any further cover. 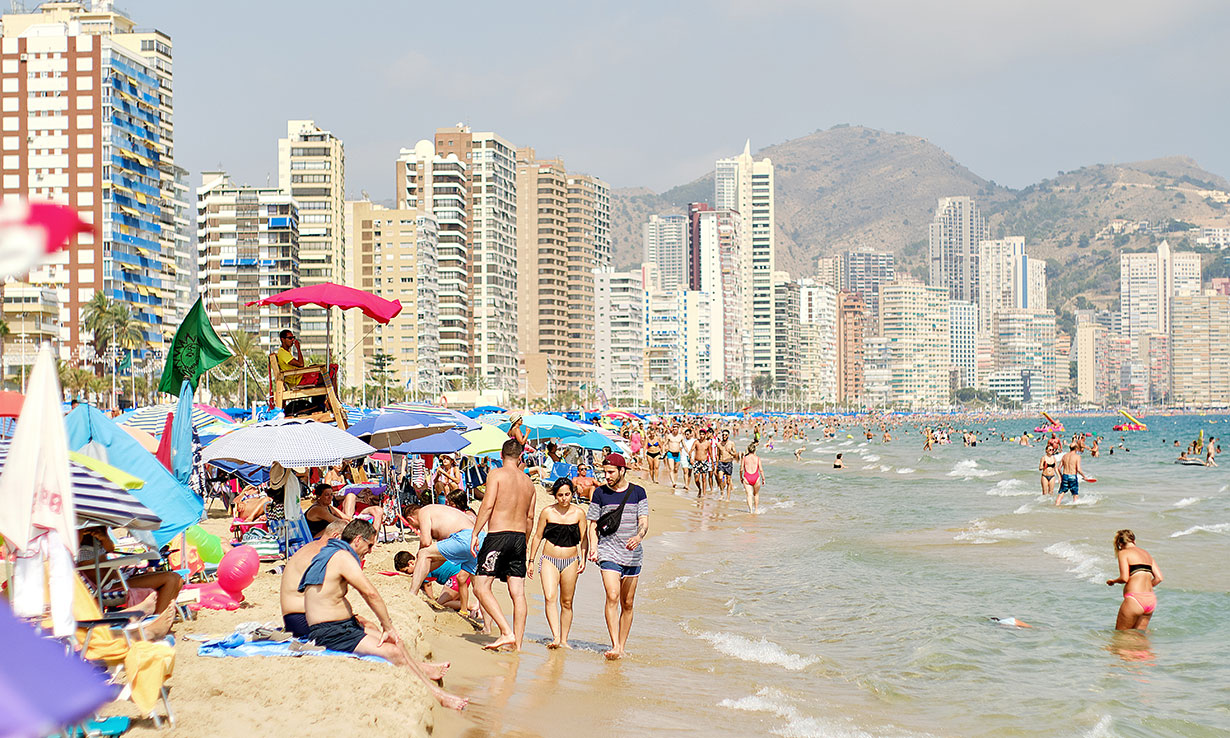 It’s possible that other package holiday protection schemes around Europe might not cope with financial failures brought about by the current pandemic.

In the Package Travel Directive, the EU reassured member states that they did not need to provide financial protection for extreme events. It said: ‘Effective insolvency protection should not have to take into account highly remote risks, for instance the simultaneous insolvency of several of the largest organisers, where to do so would disproportionately affect the cost of the protection.’

There is potentially a similar situation in numerous countries.

Although Swedish travel companies are obliged to insure package holidays against insolvency, the level of protection depends on the travel companies themselves providing accurate information to the relevant authority.

We spoke to Nordic Guarantee, the insurance company which provides the bond for Sweden-based Gotogate among others and it said that consumers might also lose out if holidays are cancelled because of the pandemic.

Michael Ganten, sales and marketing director, told us: ‘In the event of financial failure of a travel company with a bond held with Nordic Guarantee, customers with a eligible claim would normally get a refund.

‘However, in circumstances of force majeure (unforeseen circumstances that prevent the fulfillment of a contract) the customer might not get a refund. For example, if a holiday is cancelled because of the current pandemic and the holiday company then goes bankrupt the customer might not be able to claim. It would depend on the national recommendations in each country.’

British tax-payers may need to bail out Atol

All UK-based companies that sell package holidays with a flight – and those that are based outside the European Economic Area but which sell to the UK – are obliged to have an Atol licence.

This means they pay Atol – the Air Travel Trust fund – £2.50 for every package holiday they sell. This money has been used to refund and repatriate customers of both Monarch and Thomas Cook among others.

In the five years to 2018, the Air Travel Trust paid out £10m a year, on average, for the financial failure of travel companies. But Thomas Cook’s collapse is estimated to have cost it £481m. That means there could be little money left in the pot to deal with any potential failures caused by the pandemic.

The National Audit Office (NAO) told us: ‘An unusually high number or scale of Atol holder failures will cost more to manage than the resources available in the Air Travel Trust Fund.’

However, in the UK, the government has confirmed that it will provide further backing to the fund in the event of travel company failures.

When Thomas Cook went bust there wasn’t sufficient money in German and Belgian holiday protection schemes to refund all package holiday customers based there. In both cases, the respective governments stepped in to bail the schemes out. But, according to BEUC, customers had to wait for many months.

There is no guarantee that all national governments or regions would take similar steps in the event of travel companies going under as a result of COVID-19. 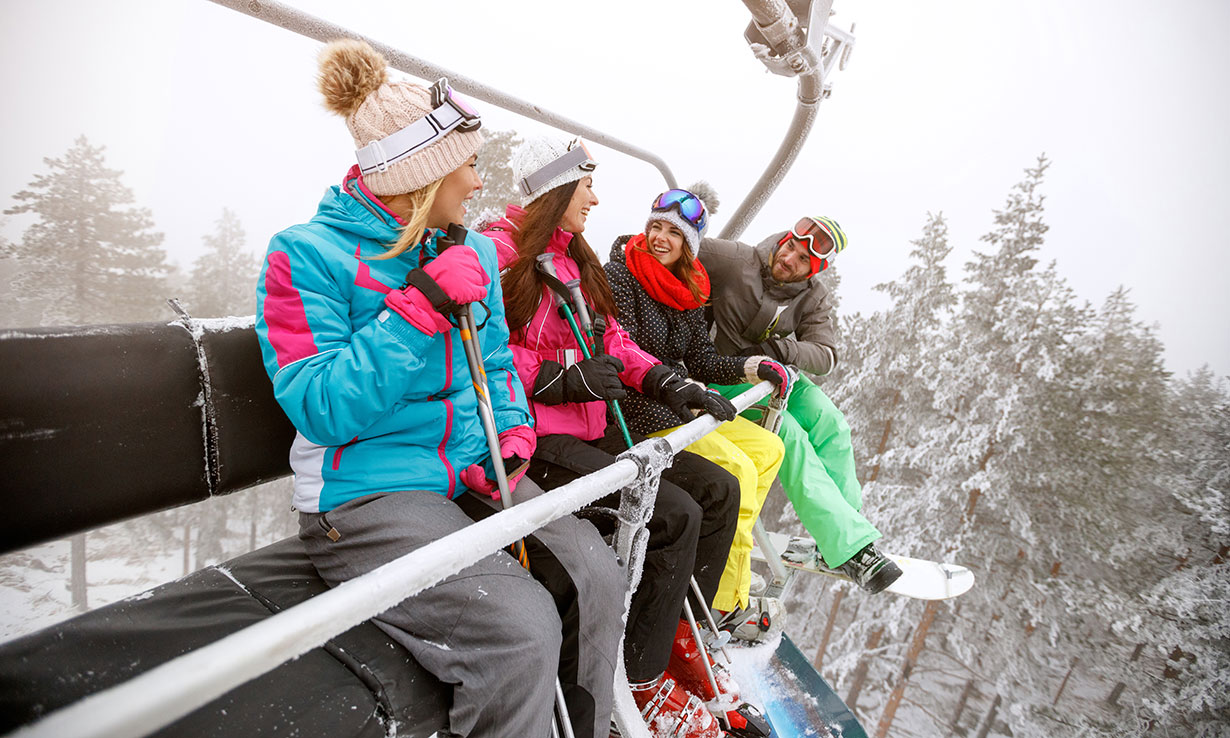 The fact that EU companies are no longer allowed to be part of Atol has caused confusion, even in the travel industry. Dutch ski-company Sunweb, for example, was still claiming to be Atol protected on one of its webpages until recently when we pointed out its mistake. It told us: ‘That page was out of date and has now been updated.’

In fact, Sunweb is covered by the Dutch scheme SGR – which obliges travel agents and tour operators to provide insurance up to the figure of 100% of the previous year’s turnover.

Sunweb said: ‘Consumers are guaranteed that they will receive a full refund from SGR if Sunweb were to become insolvent. Although, we are confident that this is not going to happen.’

eDreams gets it wrong – again

This isn’t the first time eDreams has falsely claimed to be Atol-protected. In 2017, a Which? Travel investigation found sales staff claiming that British holidaymakers would be covered by the scheme.

When Which? Travel confronted it with the evidence in July 2017, it told us: ‘We take such mistakes very seriously and we have already raised it with our agents to eliminate any future potential confusion on this matter.’

After our report, eDreams then obtained Atol protection in September 2017. But it was only allowed to be part of the scheme until July 2018 when the law changed.

Ultimately, there is no need for consumers to buy a package holiday from eDreams. It’s part of the same company, eDreams ODIGEO, as the British-based Opodo. Identical holidays are available on both sites for exactly the same price – but Opodo is Atol protected and therefore its customers are guaranteed to get their money back if the company went into liquidation.

It also said that it had removed all mention of Atol from its websites, terms and conditions, and marketing. ‘Therefore, all UK customers having booked a travel package on eDreams.co.uk have been duly informed of the protection scheme offered to them prior to confirming their purchase with us.’

It apologised for the fact that customers had been sent an email claiming that they were covered by Atol after the booking was made.

It added: ‘We regret that this situation, which was caused by a rare technical glitch that has now been fully resolved, may have caused confusion to our customers after the purchase of their packages, which were in all circumstances protected.’

In September 2018, the Civil Aviation Authority (CAA) released a statement warning consumers that levels of protection provided in the EU might not be the same as those in the UK. It said that those who are considering booking a holiday that is not Atol protected should ‘be sure that you understand the protection offered as part of it, as some countries’ schemes may offer different levels of protection’.

However, in practice this advice was impossible to take. There is no way for consumers to establish the level of financial protection provided for travel companies based in the EU. Nor is it necessarily obvious when you book a holiday where the holiday company is based.

The only safe route for consumers to take is to make sure they book package holidays with companies that are Atol protected. If you’re unsure, you can check that your holiday is an Atol holder here. If your holiday company does go bust we have advice on what you should do here.