Monzo Plus is back, this time with new features, a new-look holographic bank card and a new price of £5 a month.

Monzo initially launched Monzo Plus as a packaged account in May 2019, but it was scrapped just a few months later in September.

The new incarnation is set to roll out gradually in the next week or so, initially to existing Monzo customers – but is it worth paying £60 a year for?

Here, Which? explains what the new Monzo Plus has to offer and sees how it measures up against some of the best premium accounts already on the market.

What does the new version of Monzo Plus offer?

Currently, there is a flat fee to use the account, with all of these features, for £5 a month.

1% AER interest on your balance

Going into the territory of high-interest current accounts, you’ll earn 1% AER on balances up to £2,000 held in a Monzo Plus account. If you consistently keep more than £2,000 in your account over the course of a year, you could earn up to £20.

This return isn’t too far off the current top instant-access savings rate (1.16% AER) – but, obviously, you can earn interest on much more money than £2,000 in a savings account.

While you’ll receive a physical Monzo Plus card through the post, you’ll also be able to set up a maximum of five ‘virtual cards’ to use online – each with unique details.

So, say you lost your card, and had to freeze and cancel it – usually payments associated with that card would be cancelled, so you might miss out on a subscription you’re signed up to, or in the worst cases you could be fined for missing a payment. But a virtual card would continue to be valid, even if the physical card is cancelled and replaced.

You can cancel your virtual cards whenever you like, which could be an advantage from a security point of view.

Linked accounts from other banks

Using open banking technology, Monzo Plus will allow you to oversee your spending from the vast majority of other bank and credit card accounts, too.

What’s more, transactions from other bank accounts can actually feature in your Monzo app.

Apparently, one of the most-requested features from Monzo’s existing community was more control and insight over budgeting.

This has been incorporated into Monzo Plus in a few ways.

First, the new account allows you to set up your own personalised spending categories – the normal Monzo account splits your spending into 13 categories such as bills, transport, charity and personal care.

Second, you can also split your spending within each transaction – so, that £60 you spent at Tesco could actually show that half of it went on wine, while the other half was groceries.

And, for those who feel so inclined, this real-time spending data can be exported into Google Sheets, adding to spending spreadsheets that can be further analysed any way you like.

When Monzo first launched its fee-free spending abroad was hugely popular. This was restricted in December 2017, so that you can now only withdraw up to £200 every 30 days without a fee – anything more results in a 3% charge.

Monzo Plus has double this limit, with up to £400 fee-free withdrawals abroad.

As another form of financial oversight, you’ll get a monthly update from TransUnion to see how your credit score is doing.

Monzo has teamed up with some popular brands to give money off when you spend with a Monzo Plus card, including 15% off Patch Plants when you spend more than £50 and 25% off a Fiit home workout membership.

Holographic card in a new colour

While millennials sometimes get mocked for their preoccupation with bright, shiny things, the truth is that a massive part of Monzo’s initial success was its distinctive hot coral-coloured card – instantly fresher and more exciting to open your wallet to than any other bank card at the time.

Monzo Plus has gone even further with a shimmering holographic blue card – a bit like a mermaid’s tail. 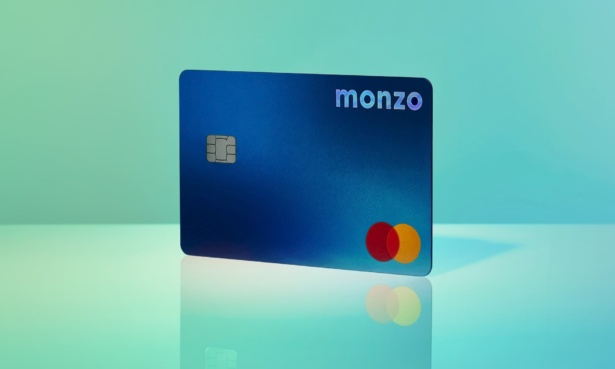 How does Monzo Plus compare?

While the first version of Monzo Plus was a fairly classic packaged bank account, this new offering brings in features from several different types of bank accounts. We’ve looked at how it compares with them.

As Monzo Plus pays 1% AER on balances up to £2,000, it’s very much in the realm of high-interest current accounts.

Most high-interest current accounts have seen rate cuts and withdrawals in recent months; we recently wrote about Tesco Bank’s plan to cut the rate on its current account from 1% AER to 0% in September.

You can also earn 2% AER with the Virgin Money Current Account. The interest is paid on balances up to £1,000, giving it the same £20 maximum interest potential as Monzo Plus over the course of a year. There are no charges for using the card abroad, and it’s fee-free.

Monzo Plus doesn’t currently offer any form of cashback, but there are accounts on the market that similarly charge a monthly fee for certain features and money-saving offers.

The Santander 123 and 123 Lite accounts spring to mind. Both offer up to 3% cashback on certain household bills, up to a maximum of £15 a month. It’s also possible to earn extra cashback of up to 15% if you spend on your debit card at some major retailers.

Should I get Monzo Plus?

The main thing you’ll need to consider when deciding whether or not the new Monzo Plus account is for you is weighing up the monthly price with how much you think you’ll actually get out of the features.

While it’s possible to make back some of the monthly fee with the account’s 1% AER interest, the fact that it’s capped at £2,000 means you’ll only be able to earn a maximum of £20 in a year – by which time you’ll have spent £60 to have the account.

However, you might feel that this is worth it if it also saves you foreign transaction fees, money off brands you would have bought from anyway, and allows you a new level of oversight and control over your spending.

It’s worth bearing in mind that Monzo Plus is likely to change over time – probably not imminently, but perhaps after account holders have used the features for a few months.

At the moment, it doesn’t offer any of the packaged bank account features that the first version did, such as travel insurance, but it may be that services such as this will be added in the future.

Is it cheaper to own or rent a home?