Ticket holders are fighting for refunds from secondary ticketing seller Viagogo for events cancelled or postponed by coronavirus, Which? has found.

Viagogo’s website states that customers are only entitled to refunds if an event has been cancelled, not if it’s been postponed.

But Which? has spoken to a number of ticket holders who have been denied refunds for cancelled events.

Viagogo claims the events have been postponed, despite the event organisers confirming they have been cancelled. It’s also refusing to refund customers for cancelled events where tickets can be transferred to 2021 events.

Ticket holders for rescheduled events are also seeking refunds, with many customers unable to attend the new postponed dates.

Which? is calling on Viagogo to refund customers for events that have been cancelled due to COVID-19.

‘The event was cancelled but Viagogo claims it’s rescheduled’ 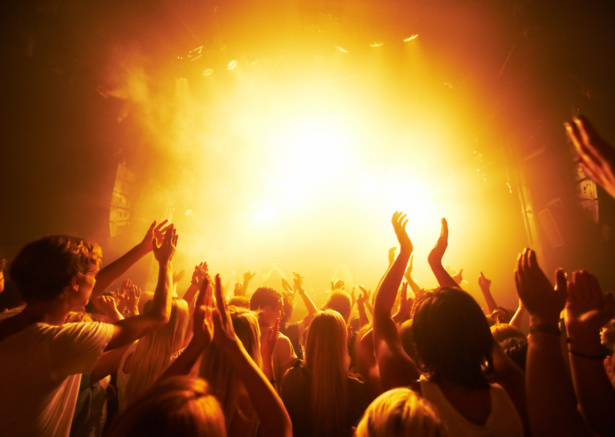 Melissa Taylor was one of many looking forward to this year’s Wireless festival in London’s Finsbury Park who is now seeking a refund from Viagogo after it was cancelled.

‘They’re refusing a refund on the basis that the tickets can be carried over to next year’s festival,’ she told us. ‘But Wireless’s official announcement was that it’s cancelled and carrying tickets over to next year is just one option.’

Viagogo’s cancellation policy states that customers with tickets to cancelled events are entitled to refunds, while tickets for postponed events are usually valid for the new date.

In response to coronavirus, Viagogo published a new COVID-19 policy on its website and added a new term. It states that if an event organiser offers tickets to another event, customers will be entitled to those tickets.

It means that if tickets can be transferred to a 2021 event, Viagogo will not refund ticket holders, even if the 2020 event is confirmed as cancelled. Customers like Melissa face being left out of pocket if they can’t attend the 2021 event or resell their tickets.

Gordon Scott had a similar experience, after buying a ticket to Leeds festival to see headliners, Rage Against the Machine, on the Friday night.

‘The event was cancelled by the organisers, but Viagogo claims the festival is rescheduled,’ he recalled. ‘The tickets would be useless to me if Rage Against the Machine weren’t playing next year.’

Gordon was offered a refund, but only after spending hours on the phone and contacting the organiser personally.

‘Eventually Viagogo offered me a refund but I don’t think many people have the tenacity to hound them like we did,’ he told us.

Festival Republic, the organisers of Wireless, Reading and Leeds festivals, told Which?: ‘We have informed Viagogo that the events are cancelled not rescheduled and that we are also emailing the Competition and Markets Authority (CMA) to let them know the situation.

‘If someone has purchased a valid ticket from a secondary site, it would be accepted for entry, however as no 2020 or 2021 tickets have been sent out yet then it’s a case of buyer beware with regard to the validity of any tickets being sold on secondary sites. We always ask that people only buy from authorised sites in order to protect themselves.’

Tickets for next year’s festivals aren’t yet for sale, but Viagogo was not on the list of authorised sellers for the 2020 events.

A Viagogo spokesperson said: ‘This is an unprecedented time for the live events industry, and we understand that customers might be left disappointed by the fact that thousands of events globally are being rescheduled or cancelled. Tickets for these particular events carry over and are valid for the event in 2021, so as per our terms and conditions the customer is not entitled to a refund in this situation.

‘We contact customers to update them on the status of events but they are always welcome to get in touch if they have further queries. Also, the customer always has the option of listing their tickets on the platform if they can no longer attend the new date.’

Gill Little booked tickets through Viagogo for Jeff Lynne’s ELO at the Birmingham Arena in October.

Viagogo first claimed it wasn’t cancelled, before eventually confirming it was and offering Gill the option of a voucher worth 125% of the original order, or a full refund.

But to her frustration, Viagogo claimed the refund could take several months.

‘I wrote back and told them there’s no way it should take several months to process a refund,’ she told us.

‘They’re seen as sharks on social media and I wish I’d seen that before I’d bought the tickets,’ she said. ‘I feel terribly sorry for people with events that haven’t been officially cancelled, as they have an even tougher job of getting their money back.’

Viagogo explained, ‘If an event is completely cancelled, the customer is entitled to a cash refund or 125% voucher. In the case of refunds, we appreciate our customers’ patience while we process their request.’

Gill opened a dispute with her bank, but was refunded by Viagogo before her bank started investigating her case. 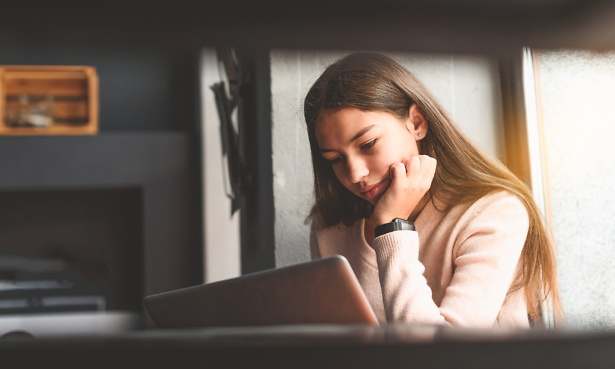 Many events have been postponed or rescheduled, rather than cancelled, due to coronavrius.

Viagogo states that in this case, customers’ tickets will remain valid for the new date and refunds will not be offered.

This left many customers, like Faye Hearn, concerned they’d be left out of pocket.

Faye had tickets to see My Chemical Romance in June 2020 and is unable to make the rescheduled date.

‘My best friend’s wedding had been rebooked for the same date in 2021, so I wouldn’t be able to go,’ she explained. ‘Viagogo told me that because I’d agreed to their terms and conditions, I wasn’t eligible for a refund and would have to relist them on their website if I wanted any money back.’

Faye was reluctant to sell them again, as she didn’t want to put another customer in the same position she’s in.

‘I told Viagogo that if I’d known the event was in 2021, I wouldn’t have booked the tickets,’ she told us. ‘It’s been a bit of a headache and I don’t know where I stand with anything.’

Faye has now been refunded by her bank after making a chargeback claim.

Viagogo told us: ‘Our customer service teams are working hard to confirm the status of all events and contact customers to inform them of any changes. If an event is rescheduled, the customer’s tickets remain valid, per our terms and conditions and therefore they are not entitled to a refund.’

Tony Wood has been trying to secure a refund for his tickets to The Open Championship 2020, after receiving an email from Viagogo claiming the event had been postponed.

‘At that point, I went onto the event organiser’s website and there was a very clear statement of cancellation,’ he said. ‘It’s clear as night and day the 2020 event is cancelled.’

Which? got in touch with The R&A, the organisers of the event, who confirmed the event was cancelled.

A spokesman for The R&A said: ‘We are sorry to hear of the difficulties the Viagogo customer has experienced. We have given fans who have purchased tickets from us the option to either transfer their tickets to the staging of The Open next year or request a refund. We cannot control the policy of third-party resellers.’

Viagogo told us that because the tickets for the 2020 event can be transferred to the 2021 event, this is categorised as rescheduled rather than cancelled. Refunds, therefore, aren’t applicable.

The R&A also told us the seller was in breach of their terms and conditions for relisting the tickets on Viagogo, and that Tony’s tickets could have been cancelled.

It said: ‘Our ticketing policy clearly states that reselling of tickets is a breach of our terms and conditions and if we detect these tickets they will be cancelled.

‘We always advise customers to purchase tickets directly from us through TheOpen.com or from authorised providers which are listed on the website. That is the only way for fans to guarantee their place at the Championship and avoid the risk of tickets not being accepted.’

Tony’s bank has now returned the money to his account, but Viagogo could yet dispute the refund.

Am I guaranteed entry with tickets bought through Viagogo? 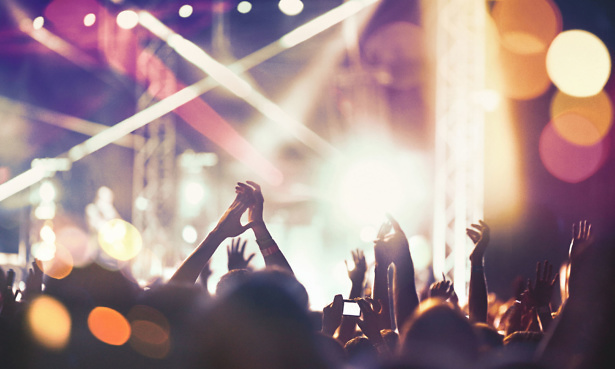 Since June, we’ve found listings for events at all of these venues on Viagogo.

A CMA court order requires Viagogo to clearly disclose key information on its listings, such as resale restrictions on tickets.

The CMA also asks event organisers to ensure that, as a minimum, restrictions are clearly disclosed on the event’s website and the first page of the purchase process of all official sellers.

Which? found tickets for Hamilton at Victoria Palace Theatre being sold for £714 per ticket and in breach of the venue’s T&Cs.

Victoria Palace Theatre told us: ‘Our tickets state that they shall not be sold or transferred for commercial gain by anyone other than us or an agent authorised by us, including to or through secondary ticket agencies.

‘Such tickets will become void and the ticket holder refused entry to the theatre. In addition, when booking and before payment, customers need to confirm by ticking a box that they have noted the reselling of any event ticket is forbidden.’

A Viagogo spokesperson told us: ‘Any ticket restrictions are clearly labelled at the top of our website. We disagree with such restrictions and think they are not beneficial to fans.

‘We would welcome the opportunity to work directly with event organisers so that fans get maximum access to events, which we believe should be the ultimate goal of everyone in the industry.’

If you’re thinking of buying tickets from a secondary ticketing site, make sure to check the venue and event organiser’s policy on resale tickets before doing so.

How to get a refund for a cancelled or postponed event

1. Get in touch with the website you bought tickets from

If you bought your tickets directly from the event organiser or primary ticket retailers, such as See Tickets or Ticketmaster, you’ll have extra consumer protections.

These firms are required by the industry’s self-regulatory body, the Society of Ticket Agents and Retailers (Star), to refund the ticket’s face-value price when an event is cancelled. It’s unlikely you’ll get the delivery costs or booking fees back, though.

If you bought your tickets from Viagogo or Stubhub, get in touch with them to let you know you’d like a refund. If the event has been cancelled, send them evidence of this.

Unfortunately it might take a lot of back and forth communication.

If you booked with a primary ticket seller and paid with your debit or credit card, you may be able to make a claim with your bank if the ticket company doesn’t offer a refund.

We’ve also heard from a few Viagogo customers who have managed to get refunds by contacting their banks. It might well be worth trying, particularly if your event organiser has confirmed the event as cancelled.

If you’re still not getting anywhere with the primary ticketing company (such as Ticketmaster or SeeTickets), you could try going to the small claims court as a last resort.

If you purchased from Viagogo or another secondary ticketing site, you may not be able to make such a claim. Even if you are, it’s likely to be a more complicated process.

It’s worth checking your household insurance to see whether your policy includes free legal advice, or finding a solicitor who offers a free initial consultation.

Take a look at our advice on writing a letter before you make your claim.