Nearly a quarter of Which? members told us they’d been ordering fewer takeaways since the beginning of lockdown* and, with more time at home, many of us are cooking from scratch more often.

To help you recreate your favourite takeaways at home, we’ve asked cooking experts for their secret tips and tricks on how to take your homemade dishes to the next level – starting with Indian cuisine.

Cool down after your curry with our pick of the best vanilla ice cream and the best alcohol-free beer.

1. Cook your onions for the right length of time 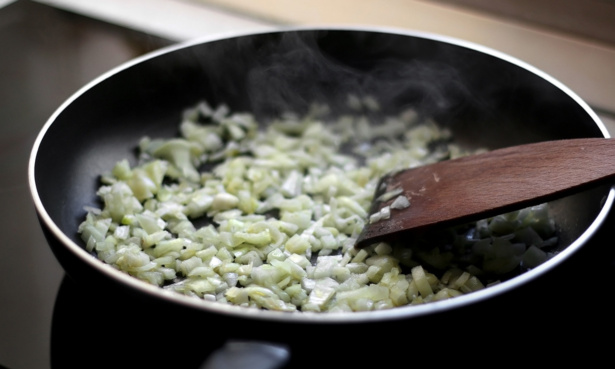 Chef and author Hari Ghotra, who runs online Indian cookery classes, told us that a great curry is all about how you treat your onions.

For a deep dark-meat curry, Hari recommends cooking the onions gently for at least 30-40 minutes, adding water as and when needed.

If it’s a vegetable curry, the onions should be cooked for 15-20 minutes until golden, while for lighter curries the onions only need to be cooked until translucent.

Food writer and Indian cookery expert Chetna Makan says: ‘adding a bit of ghee to cook the onions adds masses of flavour to the dish’.

2. Use tamarind and jaggery 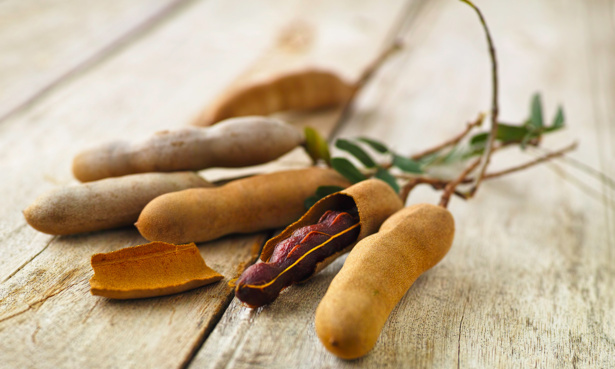 According to Ibolya Olah, cook school director at Borough Kitchen, ‘almost every Indian curry could benefit from some tamarind and jaggery.

‘Its very important to have a nice flavour-balance in your dish. This would mean the sweetness, saltiness, bitterness, sourness and some umami. Jaggery would provide some sweetness and tamarind would give the gentle sour taste.’

3. Make sure spices aren’t past their best 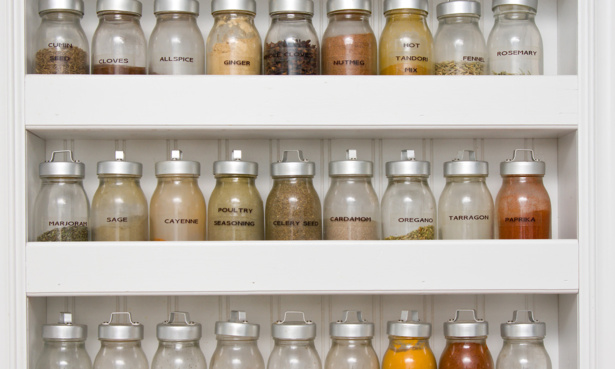 Hari advises checking your spices before you use them.

She told us: ‘If your spices are dry and dusty, they will no longer have the natural oils in them that you need to add the aromatics to your food.’

To help your spices last longer, store them in an airtight container in a cool, dark place away from direct heat and sunlight.

4. Cook seed and whole spices at the start 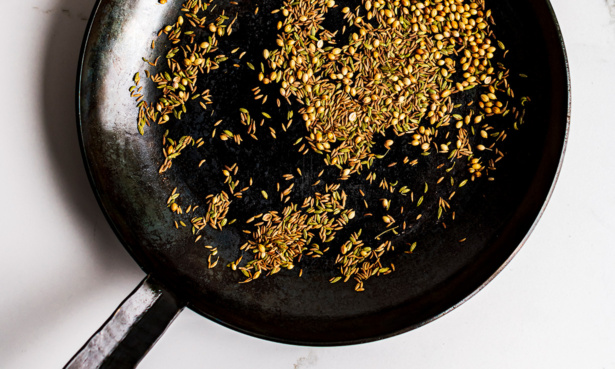 Monisha Bharadwaj, chef and owner of Indian cookery school Cooking with Monisha, suggests adding seed spices to cold oil at the start and cooking them on a high heat.

Monisha explains, ‘this gives a bit of control and stops them flying out and burning’.

Hari says whole spices should be added at the start, cooking them ‘until they release natural oils and you can mell the aromas’.

‘This is your base flavour – you add whole spices at the start because they are in the whole state,meaning that they will release their oils gradually through the cooking process.’

Discover which wines pair best with Indian food in our guide to matching food and wine. 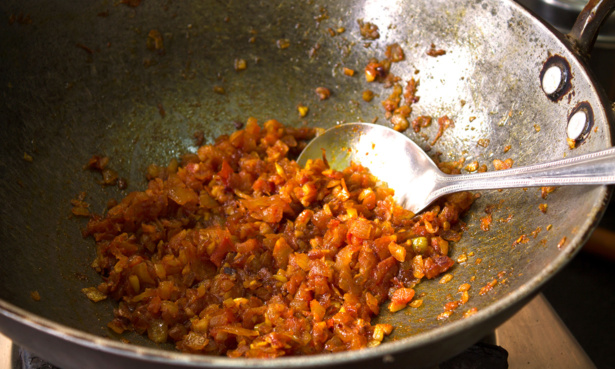 ‘A very basic curry is usually cooked with onions, ginger, garlic and chillies, to which you add tomatoes and then your spices,’ Hari says.

‘This base needs to be cooked until the onions and tomatoes melt together and it makes a thick paste.

‘If you add your protein before this happens, you will end up with an OK curry, but not a great one that packs in the curry kick.’

6. Put in as much or as little chilli as you like 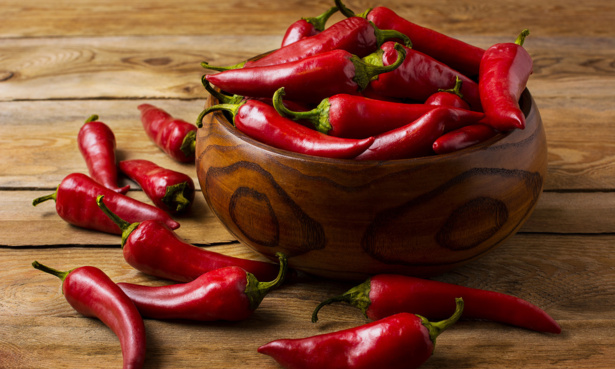 Despite what you may think, ‘there are no rules about the heat level in any dish’, according to Hari.

‘The heat gradient of dishes in their country was introduced by early restauranteurs so customers could order something that suited their tastes.

‘The only rules are to cook what you like and add the heat according to what suits you. If you like the flavour of a korma but enjoy hot food, then add some chilli to it.’ 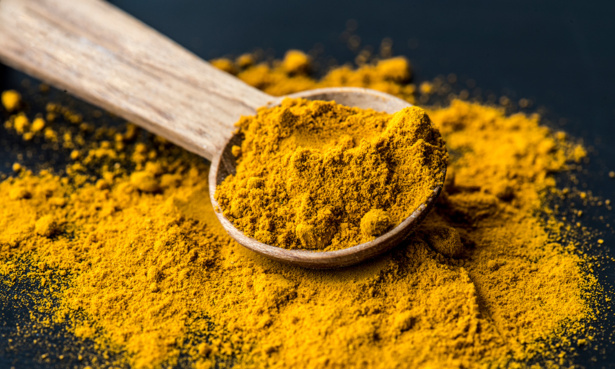 Hari recommends adding powdered spices, such as turmeric, chilli, cumin powder and coriander powder, after you’ve added the liquid – which could be tomatoes, yoghurt or coconut cream.

‘These are added half way through because as a powder they will release their aromatics much more quickly due tio their greater surface area, so you don’t need to add them at the beginning,’ she says.

8. Don’t dilute your curry with too much water 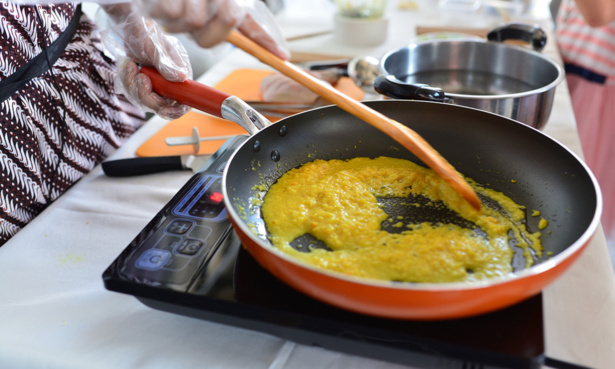 The biggest mistake people make, according to Hari, is to add water immediately after adding the meat or vegetables.

‘Having spent so much time making a deep reduction that’s packed with flavour, if you then add your protein and water it dilutes everything you have just done,’ she explains.

‘What needs to happen is that you add your protein on a high heat to sear the meat and veg in the masala, and then reduce the heat to the lowest setting possible.

‘This ensures that all the flavour will come from the meat or vegetables. People panic that it will burn, but Indian food is all about the low, slow cook.

‘If it’s veg-only, you may need to sprinkle in a little water but not too much – you don’t want a mushy veg curry.

‘Once it’s cooked and the flavour has come from the meat or veg, you can then decide if you want more of a gravy and add hot water to get the consistency that suits you.’

9. Finish off with some butter 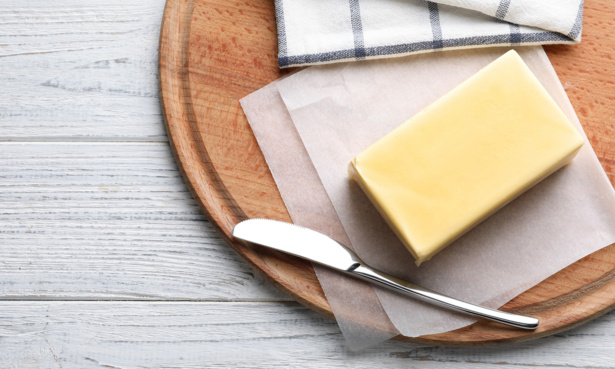 For a rich flavour, Chetna advises adding some butter to the sauce once it’s almost ready and cooking for the last few minutes. 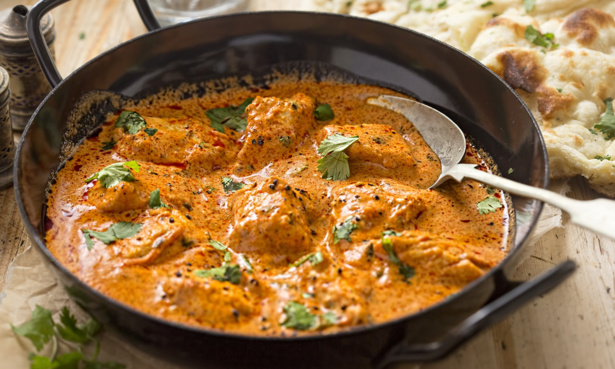 Hari explains that delicate herbs and aromatics such as fresh coriander, garam masala and nutmeg should be added just before serving.

Chetna says: ‘one of the spices that works really well in a lot of curries is dried fenugreek leaves or methi. These are crumbled and added towards the end of the cooking to lend an amazingly aromatic flavour to the curry.’