Lloyds Bank and HSBC are the latest big high street banks to launch enticing switching offers, so there are now three options to get at least £100 for changing your current account.

Lloyds Bank will pay £100 to those who move to its Club Lloyds or Club Lloyds Platinum account; new HSBC customers will receive £125 for switching to its Advance or Premier account.

Here, Which? reveals how to qualify for the new range of switching offers and what other bank bonuses are available at the moment.

How to get the HSBC bonus

HSBC’s £125 bonus offer is the most generous switching incentive around. However, it’s only available on its HSBC Advance and HSBC Premier bank accounts – and there are quite a few eligibility terms you’ll have to fulfil to get the cash.

To get the bonus you must:

If you qualify, the bonus will be paid as credit into your account within 30 days of the switching completion date.

Are the accounts any good?

There are some important things to know about the HSBC Advance and Premier accounts before you sign up.

To open the HSBC Advance account you must pay in at least £1,750 a month, or deposit at least £10,500 every six months – which may not be feasible for everyone. The account comes with some perks, which include:

The HSBC Premier account requires you to either have an individual income of at least £75,000 a year, have savings or investments of at least £50,000 with HSBC, or hold and qualify for HSBC Premier in another country or region. The account also comes with several perks, such as: 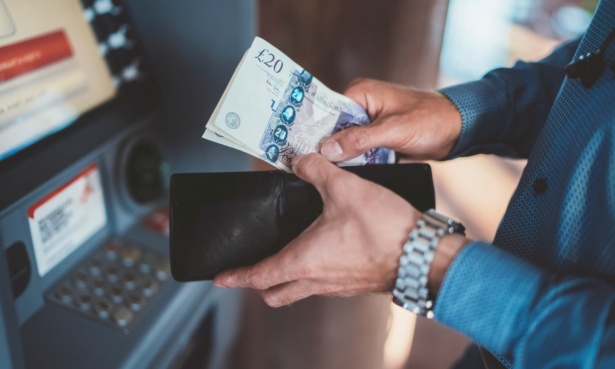 How to get the Lloyds Bank bonus

As with any switching offer, there are certain terms and eligibility restrictions to getting the Lloyds Bank bonus.

You’ll be ruled out of getting the bonus if:

If you qualify for the bonus, you should receive £100 into your account in 10 working days from making the switch.

What do the accounts offer?

Club Lloyds and Club Lloyds Platinum accounts both come with a range of lifestyle benefits, where you can choose from six cinema tickets, an annual digital Gourmet Society membership, an annual magazine subscription or 12 digital film rentals a year.

Also, if you don’t pay in at least £1,500 a month into these accounts, you’ll be charged £3 a month; Club Lloyds Platinum costs an additional £21 a month for its associated travel insurance, breakdown cover and mobile phone insurance policies.

We’ve recently written about Royal Bank of Scotland’s £100 switching offer, which launched at the beginning of this month.

Elsewhere, Metro Bank is offering something a bit different – its ‘refer a friend’ scheme benefits new and existing customers alike by paying both the ‘referrer’ and the ‘friend’ £50 each. If you’re an existing customer, you can earn up to £250 by referring five friends.

Halifax reignited this trend when it was the first bank to bring back a switching bonus last month. The £100 offer had been due to run until 14 September, but was withdrawn a few days early on 8 September – and it’s possible that other offers may end early, too.

So, if you do want to get a switching bonus, it might be best to switch sooner rather than later.

Getting a cash bonus isn’t the only way to make the most of your current account; other perks are also worth considering.

A high-interest current account will pay interest on the cash sitting in your account. The joint-top rate available is 2% AER from Nationwide FlexDirect; interest is paid on the first £1,500 for 12 months after opening the account, after which time the interest will fall to 0.25% AER.

You’ll need to pay in at least £1,000 a month to receive the interest.

Alternatively, a cashback account will give you money back on what your bills.

The Santander 123 account pays up to £15 cashback a month (£5 from each of its cashback tiers) when you use the account to pay for certain bills and some Santander financial products. However, it costs £5 a month, so you’ll ideally want your cashback to be covering that cost.

How to choose the best current account for you

Picking a current account that suits you is important. It’s likely to be the account that you deal with the most, so you need to make sure its features fit your lifestyle.

Before you go ahead and make the move, check to see whether you can access and manage the account in the way you’d like – some are mobile-only and others are better for branch access.

You should also check out the provider’s track record for customer service, which will prove important if you have any questions or problems, and consider whether it’s signed up to the APP code to protect you from fraud.