Which? has received nearly 150 complaints about cold calls from firms offering cover for washing machines and other appliances.

These relate to a total of 62 different companies.

Many of the reports are from family members who are concerned about elderly and vulnerable relatives paying hundreds or even thousands of pounds a month for cover they don’t need.

These reports point to widespread cold calling and sharp sales tactics with some firms masquerading as established brands. Disturbingly, multiple firms appear to be working together to target the same vulnerable people.

A survey of more than 15,000 Which? members in July 2020 found one in five had received unexpected calls about home appliance insurance or extended warranties within the last year – ‘scam’, ‘pushy’, ‘rude’, and ‘persistent’ among the most common words used to describe them.

The names that crop up most often are:

We were unable to contact APC or PPU. Assure Guard told us it ‘does not cold call’ and has not taken on any new customers for two years, adding that unconnected companies with ‘similar trading style’ may have created confusion.

Repair & Assure told us regular compliance reviews are held for all data providers. It also confirmed it has no information on age or medical status when receiving data, which is granted by telephone surveys with full compliance and review checks:

‘All sales calls make clear who we are, that we are calling regarding the manufacturer’s warranty, and are followed by a verification call that confirms the customer is happy to proceed.’

Smart Appliance Care Ltd, Your Cover Service and National Appliance Cover did not respond to our request for comment.

Some members told us they have no cover, yet the caller claims to be calling to ‘renew’ their policy. They may even guess the correct appliance brand.

There are other cases where people do have a policy – typically with known brands such as Domestic & General (D&G), Home Serve or Team Knowhow (a Currys PC World partner) – and the callers have a suspicious amount of information about them.

While D&G told Which? it never sells data to third parties and has never suffered a data breach, the parent firm of Currys PC World was fined £500,000 for a data breach in 2017-18 affecting 14 million customers.

Three in 10 Which? members surveyed who received a cold call about appliance repair cover bought their appliances from Currys PC World.

One in seven (16%) Which? members who received an unexpected call about appliance cover in the last year said the caller claimed to be from D&G.

Two members reported cold calls from Smart Appliance Care Ltd, who correctly informed them their policies with D&G were due for renewal but claimed to be linked to D&G. Another member was contacted by Your Cover Service who said they were acting as agents of D&G.

D&G confirmed that it does not make unsolicited calls and only calls customers regarding renewals if they pay by cheque. While it has not pursued legal action against Smart Appliance Care Ltd or Your Cover Service, there are 13 interim injunctions in their favour in three separate legal proceedings.

Who are cold callers targeting?

In the worst cases we’ve heard, family members have been horrified to discover that their elderly relatives are paying for dozens of policies, often covering very old appliances.

One Which? member discovered her late father-in-law had 28 direct debits totalling more than £1,000 for appliance cover in the month before he died. Several policies covered the same appliance over the same period.

It is not clear whether the companies had full knowledge of the existing policies but each was taken out one after another between September 2016 and December 2019.

Four policies were with Brighton-based HomeShield Direct. The most expensive covered a fridge-freezer for £516. Two other companies, called Protect Your Bubble Limited (also based in Brighton) and Premier Protect 365, were covering the same fridge-freezer for overlapping time periods.

Homeshield Direct strongly denied our allegations and said it operates ‘a strict policy on direct marketing activities to vulnerable customers’. It also told us it purchases data from ‘reputable data providers, where all parties fully comply with the UK’s data protection legislation’.

‘These people need to be stopped’ 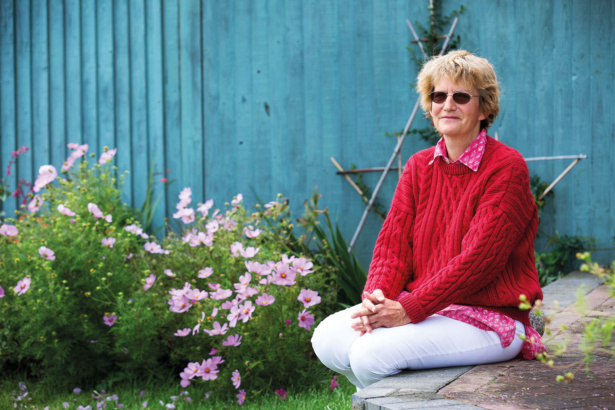 Joyce Turner (pictured) from East Sussex only noticed £95 had been taken from her 93-year-old mother’s account by Premier Protect 365 when she was downloading information for a tax return.

She discovered paperwork sent to the house for a one-year policy to cover a washing machine from 2 March 2020.

‘I phoned them up and was told they would cancel the policy, refund the money and mark on her record that she had Alzheimer’s. I also wrote to the head office confirming the conversation, and sent a copy to her bank. Roughly a month went by and I noticed they had taken a further payment of £695 on 10 April.’

Which? has listened to a recording of a phone call to her mother from a Brighton number on that same day, from a ‘Martin at Premier Protect’ who said that her insurance policy was due for renewal. A clear lie – it was not due for renewal until 2021.

Documents arrived a few days later revealing the firm had charged her £695 for a new policy – this time covering eight appliances for three years, changing the policy start date to 10 April 2020. She didn’t own a number of the items listed and the models were incorrect in two cases.

‘Although I got the money back from her bank these people need to be stopped. My mother has lost her financial independence.’

Clamping down on cold calls

Which? warned about unscrupulous companies selling appliance cover in 2018 and again in February of this year but the calls aren’t slowing down.

We’ve shared our findings on all 62 firms reported to us with both the Information Commissioner’s Oﬃce (ICO) and National Trading Standards.

We think legitimate businesses should avoid cold calls to advertise their products – this would make it easier to identify scammers.

We also want networks to explore whether providing their call-blocking services by default, rather than making you opt-in, protects the most vulnerable customers.

If you’ve been cold called about appliance cover, you can report it as a nuisance call to the ICO. You can also send the company a subject access request  – via email is fine – asking it to supply you with copies of your data and proof that it had consent to contact you. It must reply within one month of receiving the request, and can be reported to the ICO if it doesn’t.

Tell Trading Standards for the unwanted sales call and aggressive threats and warn the FCA that a firm is selling you insurance without authorisation.

You can also report firms to us at scamwatch@which.co.uk.

This article was updated on 20/10/20 to include comment from Repair & Assure.