The Isles of Scilly AONB has been crowned the best Area of Outstanding Natural Beauty in a new survey of more than 8,000 Which? readers.

AONBs are designated for conservation because of their remarkable landscape, beauty or character. There are 46 AONBs dotting England, Wales and Northern Ireland. Scotland works on a different system with national scenic areas (NSA) instead.

Which? readers rated AONBs that they had visited on individual categories including scenery and peace and quiet, but also awarded an overall scored based on satisfaction and whether they would recommend it to others.

The results show it’s not just big hitters such as Cornwall that performed well, some lesser-known areas were rated highly too. But where’s the best AONB near you?

The Isles of Scilly, an AONB in Cornwall, gained the best score in the South West, but also in the whole of the UK.

Not only are these isles beautiful, but they’re the ideal place for a bit of serenity too. With no cars allowed over from the mainland, it’s quiet in every sense of the word. It’s no wonder it scored the full five stars for peace, making it the ideal spot during a pandemic.

In comparison, how did the Dorset AONB perform? Can it rival the Quantock Hills or North Devon, both of which are also located in the South West? Find out how they fared in our full table of results.

Find the top-rated AONB in your region 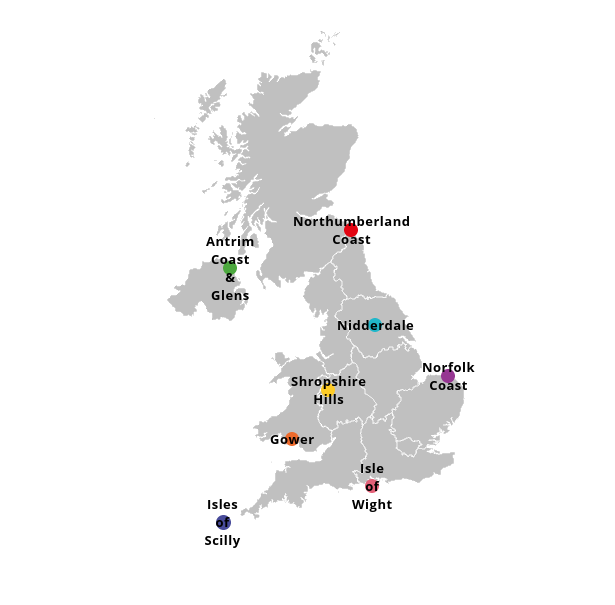 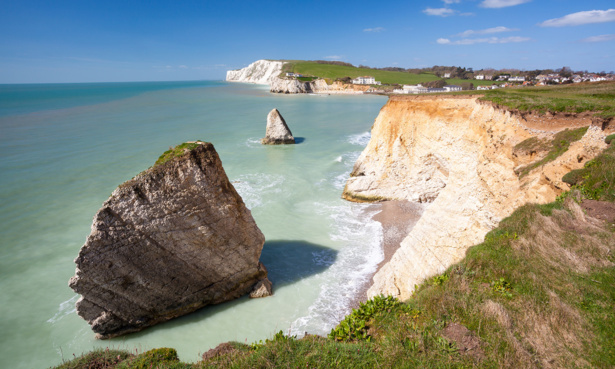 The Isle of Wight, just a ferry ride away from Lymington, Portsmouth and Southampton, has been ranked as the best in the South East, beating off competition from the Chilterns and Surrey Hills.

It’s great for families, with attractions such as The Needles chairlift, descending from multi-coloured Alum Bay cliffs. And the coastal path (which is around 70 miles long) offers walks fit for novices as well as seasoned hikers.

Best AONB in the East of England: Norfolk Coast 82% 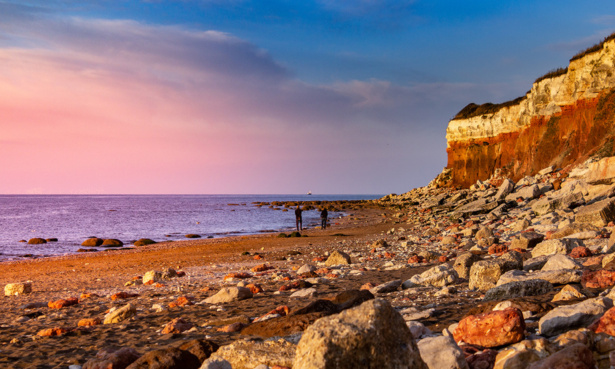 The Norfolk Coast AONB stretches 56 miles from Hunstanton to Mundesley. Its combination of stunning sand dunes, marshes and cliffs has landed it the top spot in the East of England.

It scored the full five stars in the wildlife category too. Norfolk is well known for the wide variety of bird species that frequent the area during migration seasons. During certain times of the year, you can also spot grey and common seals, and their pups sprawled out on beaches.

The Norfolk Coast fought off stiff competition, as it was up against Suffolk Coast & Heaths AONB. This scenic area is home to Aldeburgh and Southwold, both towns that appeared in the top 20 in our seaside towns survey. 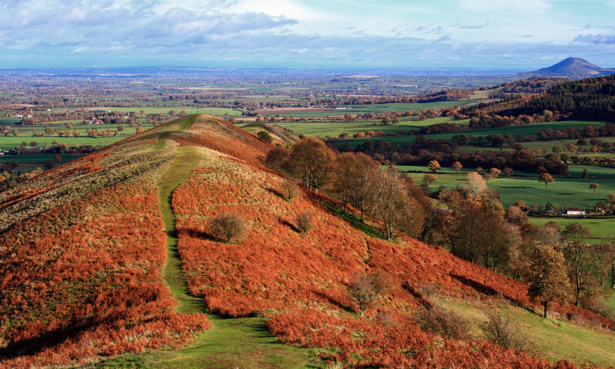 The Shropshire hills in the west came out top in the Midlands, beating the likes of Malvern Hills AONB.

It’s steeped in history. Centuries of farming has moulded the landscape, while ancient woodlands sit not far from prehistoric settlements and old hillforts, so there’s plenty to see whilst out rambling.

Best AONB in Yorkshire and the Humber: Nidderdale 81% 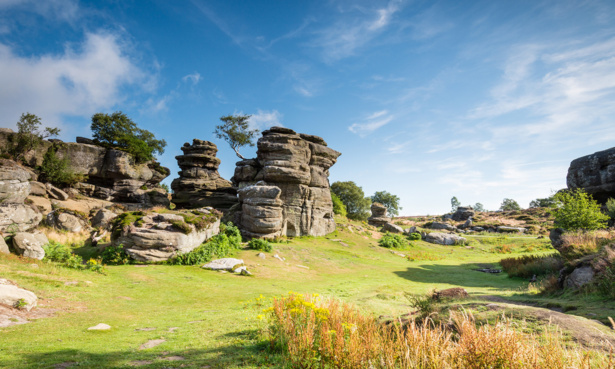 You may not have heard of Nidderdale, but it’s formed from the rump of the Yorkshire Dales, so it’s no surprise it scored highly for scenery and walks.

Walking isn’t the only option here, though. There is the chance to explore the picturesque ruins of both Fountains Abbey and Bolton Abbey.

Alternatively, the more adventurous can try canyoning (descending waterfalls with ropes) at How Stean Gorge – an exhilarating way to take in this area of natural beauty.

Nidderdale wasn’t the only lesser-known area that scored well in our survey. Locate a hidden gem near you with our full table of results

Best AONB in the North of England: Northumberland Coast 90% 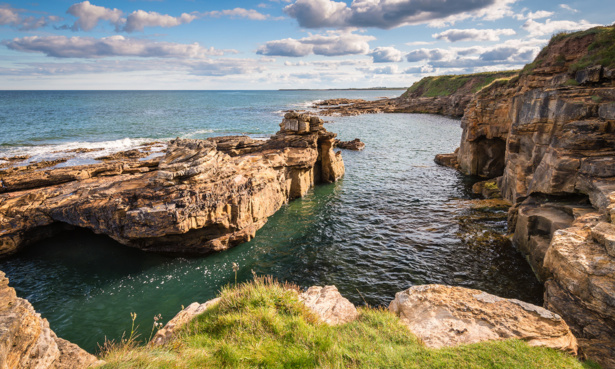 The Northumberland Coast received the best score of any AONB in the north. Its sweeping sandy beaches provide perfect picnic spots in summer and dog walking opportunities in winter.

Plus, it’s not as firmly on the radar as Cornwall or Devon, so it’s great if you want to get away from the crowds in peak season.

Away from the beaches, you’ve got beautiful Bamburgh Castle, which towers 150ft above the coast, to visit. Or for families, Alnwick Castle which will be recognisable to Harry Potter film fans.

It’s not the only AONB up north, though. The North Pennines overlaps both North East and North West England – see how it scored. 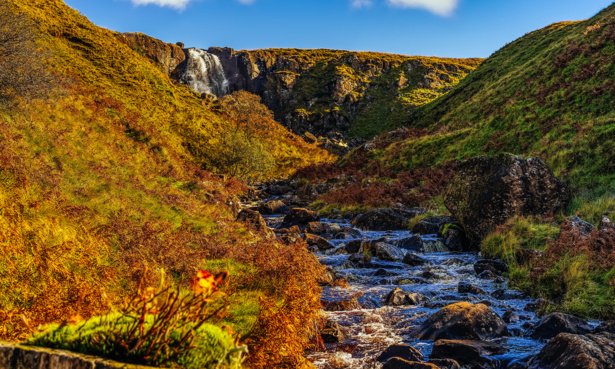 Four AONBs in our top 10 are in Northern Ireland, including the world-renowned Causeway Coast. But the highest scoring is Antrim Coast & Glens AONB, which hugs the coast from Ballycastle down to Larne.

It’s a treat for nature lovers – you might spot puffins, guillemots and razorbills. The scenery is pretty breathtaking, too, with rugged coastlines, fast-flowing rivers, dramatic headlands and open fields. 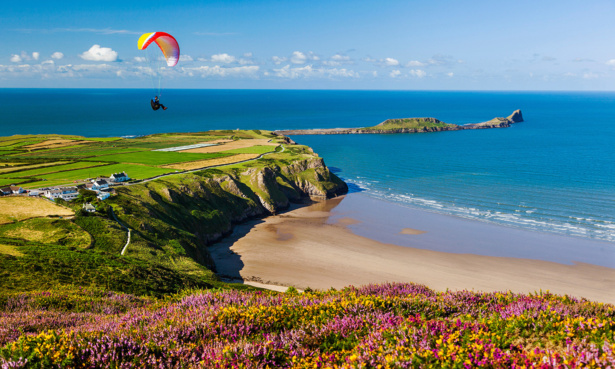 Wales has a lot to offer when it comes to beauty spots. The Wye Valley, Llyn and Anglesey, to name a few. But it was Gower AONB that pipped the other Welsh beauties to the post.

The Gower peninsula juts out into the sea and leaves an impression regardless of season, so it’s no surprise it scored highly for scenery.

But what about walking opportunities and accommodation offerings? And were its tourist attractions such as the ruined castles of Oystermouth and Weobley enough to win over Which? readers? Find out how it scored in individual categories.

Cyprus will let vaccinated UK tourists in from May – should I book a holiday?