The Ninja Foodi Dual Zone is designed to make your air-fried feasts bigger and better, with two cooking drawers for double the low-fat fun.

Its two cooker zones work independently – or in sync, if you prefer – to air fry food, so you can rustle up chips in one and fried chicken in the other.

You can also crisp, roast, dehydrate and more – it’s built to multi-task.

The Dual Zone is a sizable investment, though, both in terms of cost and countertop space. At £180, it’s much pricier than some rival air fryers, which can cost less than £100 (although on par with some multi-cookers).

We rustled up a range of dishes with the Dual Zone ahead of our full lab tests to bring you our expert first impressions. Get our verdict in the full Ninja Foodi Dual Zone first look review. 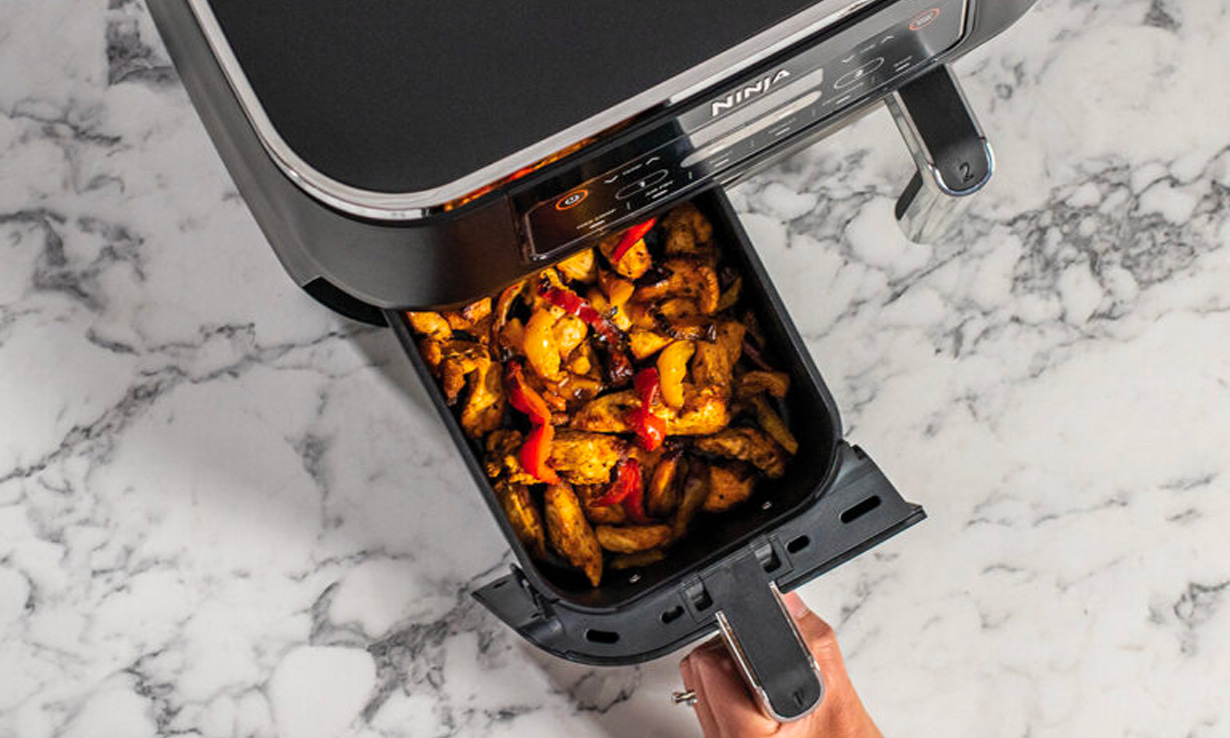 The Dual Zone’s two drawers each have a generous 3.8-litre capacity. Each drawer can have its own cooking preset, temperature and timer.

They’re able to work completely independently of one another, but this air fryer’s niftiest feature is the ‘sync’ button. When you press this, the longer timer starts counting down while the shorter timer waits.

Once both timers are the same, the second drawer begins cooking, so that both dishes will be ready at the same time. This should make dinner prep as easy as dropping your drumsticks in a drawer. 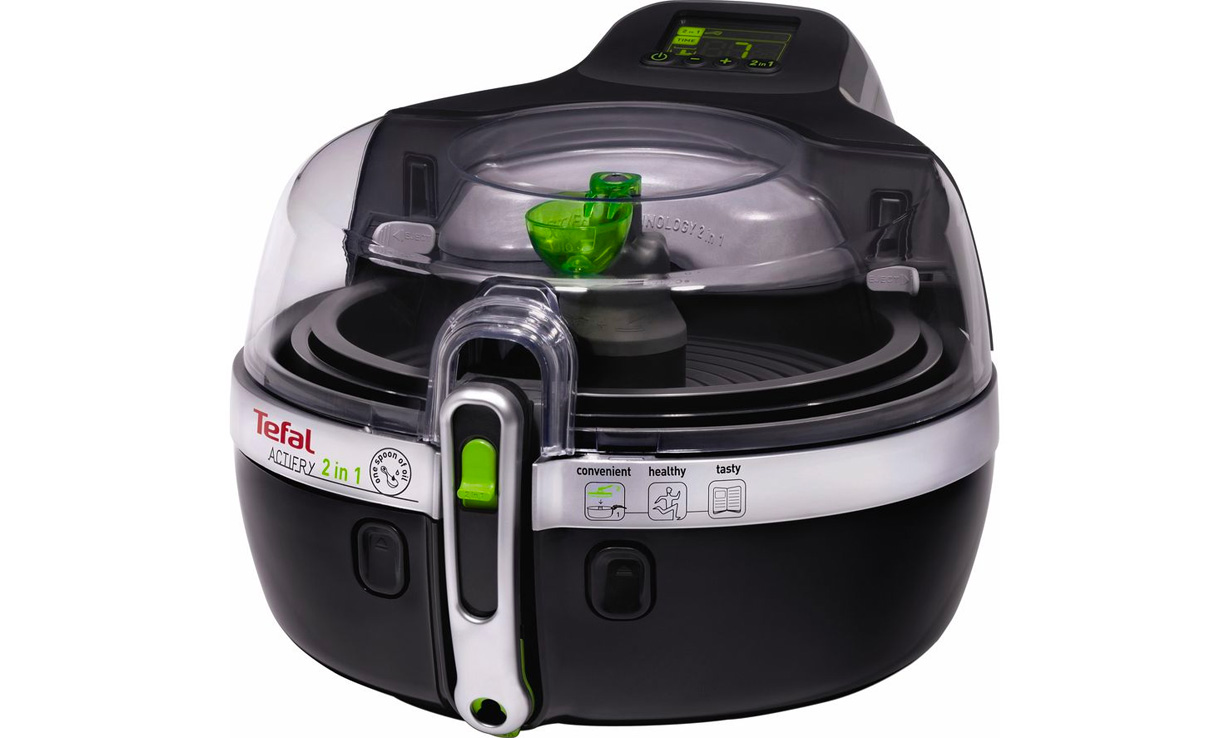 It’s a similar price and has a transparent lid so you can keep an eye on your cooking, although you can’t cook at different temperatures or times.

We’ve tested the original Tefal Actifry 2-in-1 and the pricier XL version, the Tefal Actifry Genius XL 2-in-1 (£270), which does have auto programmes and lets you adjust cooking for the two different zones.

Find out what we thought of these and other Tefal air fryers, plus previous Ninja air fryers, and rival models from Philips, Morphy Richards and Russell Hobbs, by heading to our air fryer reviews.

The future of air frying, or just a gimmick? 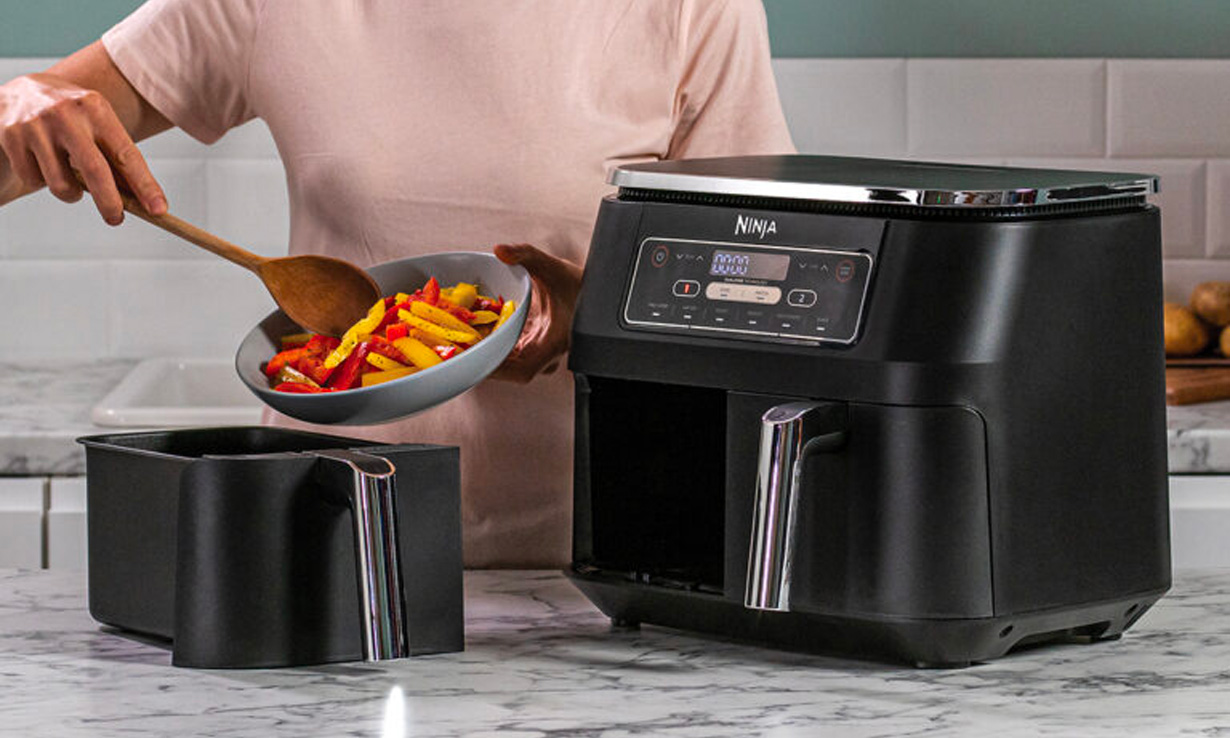 This Ninja gives you plenty of scope for cooking a range of foods, but it’s worth thinking carefully about what you’ll use it for, so it doesn’t end up gathering dust or clogging up your kitchen.

When we surveyed Which? members, most just used their air fryers to make chips. Being able to make bigger batches may be enough of a selling point for some, but this kind of air fryer is likely to suit someone who’s keen to branch out a bit more.

Not all air fryers are as promising, though, so get up to speed on the models to avoid with our list of Don’t Buy air fryers.