How to buy the best air fryer

Our guide to airfryer types, cost, capacity, features and the different air fryer brands.
HB
Haddi Browne
In this article

Compared with deep fat fryers, air fryers are a more healthy way to fry different foods. They use hot air and less cooking oil - or sometimes even no oil at all - to cook.

We've found big differences between the best and worst air fryers: some turn out delicious golden chips, while others leave you with a half-raw, half-burned mess.

Avoid getting lumbered with an expensive gadget that does nothing but take up space in your cupboard: use our tips below to choose the best type of air fryer for you.

To see which models we recommend, head to our round-up of the best air fryers.

Video: how to buy the best air fryer

Watch our quick video guide to choosing an air fryer:

Air fryers all work in roughly the same way. Air is heated and blasted around the inside of the appliance in a way that's similar to a fan oven. As such, they can also be used to cook a range of other foods, from scampi to cakes.

The model you pick affects how much space you have to cook with, and how much effort you have to put in. These are the main types:

How much do you need to spend to get a good air fryer?

Air fryers start from around £60, but models with extra features - such as control via an app on your phone or multiple compartments that let you cook two foods at once - will set you back well over £150.

The cheapest models will usually have a smaller capacity too. In our tests, some cheaper air fryers were so poor we named them Don't Buys.We also found some pricier models that gave disappointing results - including soggy, limp or tasteless chips. Our independent air fryer reviews will let you compare models to find the best option for your budget.

Air fryer features to look out for

Here's what to look for when choosing:

Some air fryers come with a paddle that automatically moves the food around as it cooks. This should save you from having to stir and turn it over yourself and ensures that your food cooks evenly - provided it works. We've found that some air fryers that stir your food for you don't do a very good job of it, so while a stirring paddle does make it more likely that your food will be evenly cooked, it's not guaranteed.

Breville Halo fryers can be set to work at a tilted angle. This tilt, combined with the rotating bowl, is designed to have a similar effect to the paddle, ensuring chips get tumbled around for even cooking. Check our Breville health fryer reviews to see whether this nifty-sounding feature works in practice.

Russell Hobbs has something similar on it's CycloFry Plus model. See our air fryer reviews to see how these models compare to cheaper, simple options.

All air fryers have timers that allow you to set how long you want your food to cook for, and show you how much cooking time is left. Some, such as the Philips Viva Airfryer and Russell Hobbs Purifry, have manual dials that you turn to set the time, but most other air fryers, including the Tefal Actifry, have digital timers instead. A digital timer can make it easier to see at a glance how much time is left on the clock.

With the Philips Viva Airfryer, and a few other air fryers, you can set the temperature you want the food to cook at. Typically, you can choose anything from 80°C to 200°C.

A 'smart' air fryer is one you can control from your phone or tablet. You select the recipe you want to use from the app, which then sends instructions to the air fryer to cook the food to a particular temperature and length of time. You can keep an eye on the cooking time using the app on your phone, and it will let you know once cooking is finished.

This is a fairly uncommon feature and products with smart capabilities that we've tested have come and gone from the market. But when we come across any more, we'll be sure to flag them.

Some air fryers give you the option of grilling your food instead of air frying it, which could come in particularly handy for cooking meat or fish.

Some models, like the Tefal Actifry 2-in-1, have a second compartment that allows you to cook two different types of food at once, so you could make steak and chips without having to mix them together.

This could either be an extra level - as on the Actifry 2-in-1 or a smaller basket that fits within the main cooking bowl.

You need to wash your air fryer every time you use it, so you might appreciate being able to put the various parts in the dishwasher and let it do the work. Ideally, the basket/bowl, lid and stirring paddle should all be dishwasher safe, although this isn't always the case.

Our reviews also tell you how easy each fryer is to clean by hand, so you know which fryers are more trouble than they're worth.

What size air fryer do you need?

It depends on how many people you're cooking for and how much space you have. The smallest air fryers we've tested can hold up to 800g of food - that's about four portions of chips. It's roughly equivalent to what you can fit on two baking trays in the oven.

If you typically only cook for four people or less, any of the air fryers we've tested should be big enough. But if you want the option of using the air fryer to cook for more people - or you just have a particularly hungry family - air fryers such as the Tefal Actifry 2 in 1 or Tefal Actifry Express XL can fit almost twice as much (1.5kg).

Air fryers vary quite a lot in size and shape, and can take up quite a lot of worktop space. We list the dimensions and any useful storage features, such as a retractable cord, as part of our reviews. If you're worried about fitting the air fryer in your kitchen, head to our air fryer reviews to find your perfect fit.

Despite both having 'fryer' in their name, air fryers and deep fat fryers work quite differently. Air fryers are often referred to by manufacturers as healthy or low-fat fryers, as they use hot air and a small amount of oil to cook the chips. The results are more akin to oven chips than traditional chip-shop chips. Deep fat fryers submerge chips in hot oil to cook them, giving a crispier, but more fat-laden, result.

We've broken down the differences between the two, including how they work, what their chips taste like and how to choose, in our air fryers vs deep fat fryers guide. 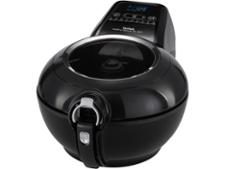 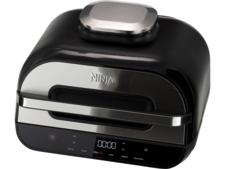 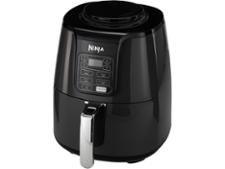 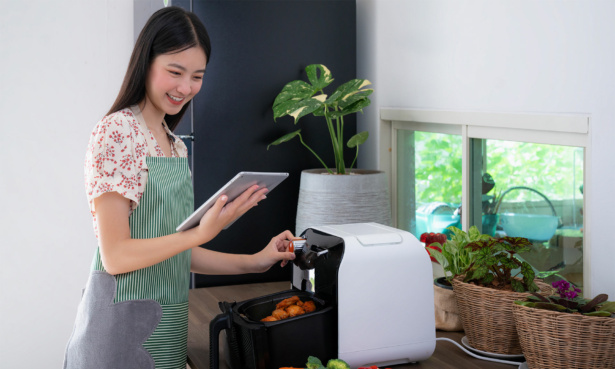 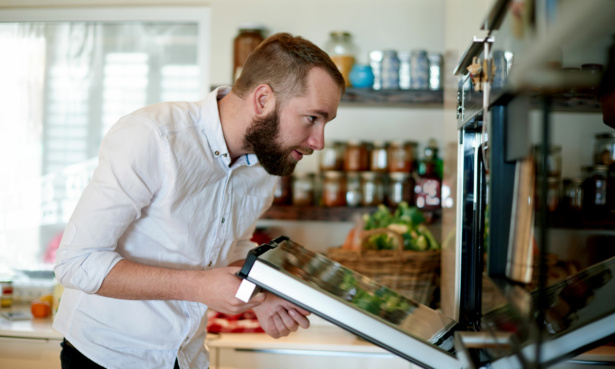