Update for 23 December 2020 – Matt Hancock announced today that another new variant from South Africa has been identified in the UK and is considered a cause for concern as it is also more infectious and has additional mutations.

A new COVID-19 variant – known as B117 – has been making headlines and wreaking havoc on everything from Christmas plans to border controls over the past week. Here’s what we know so far, and why it matters for you.

A new, faster spreading, variant of the virus, which has already impacted everyone’s lives this year, was not the news any of us were hoping for as 2020 draws to a close.

The new variant, and its speedy spread in London and the south-east of England, was the reason the UK government gave for a crackdown on Christmas gatherings (although scientists had already sounded the alarm over that), and is also why many other countries scrambled to close their borders to the UK.

We look at what is known so far on how different this variant is, and what it means for social distancing rules, vaccines and beyond.

Why are scientists concerned about the new COVID-19 variant? 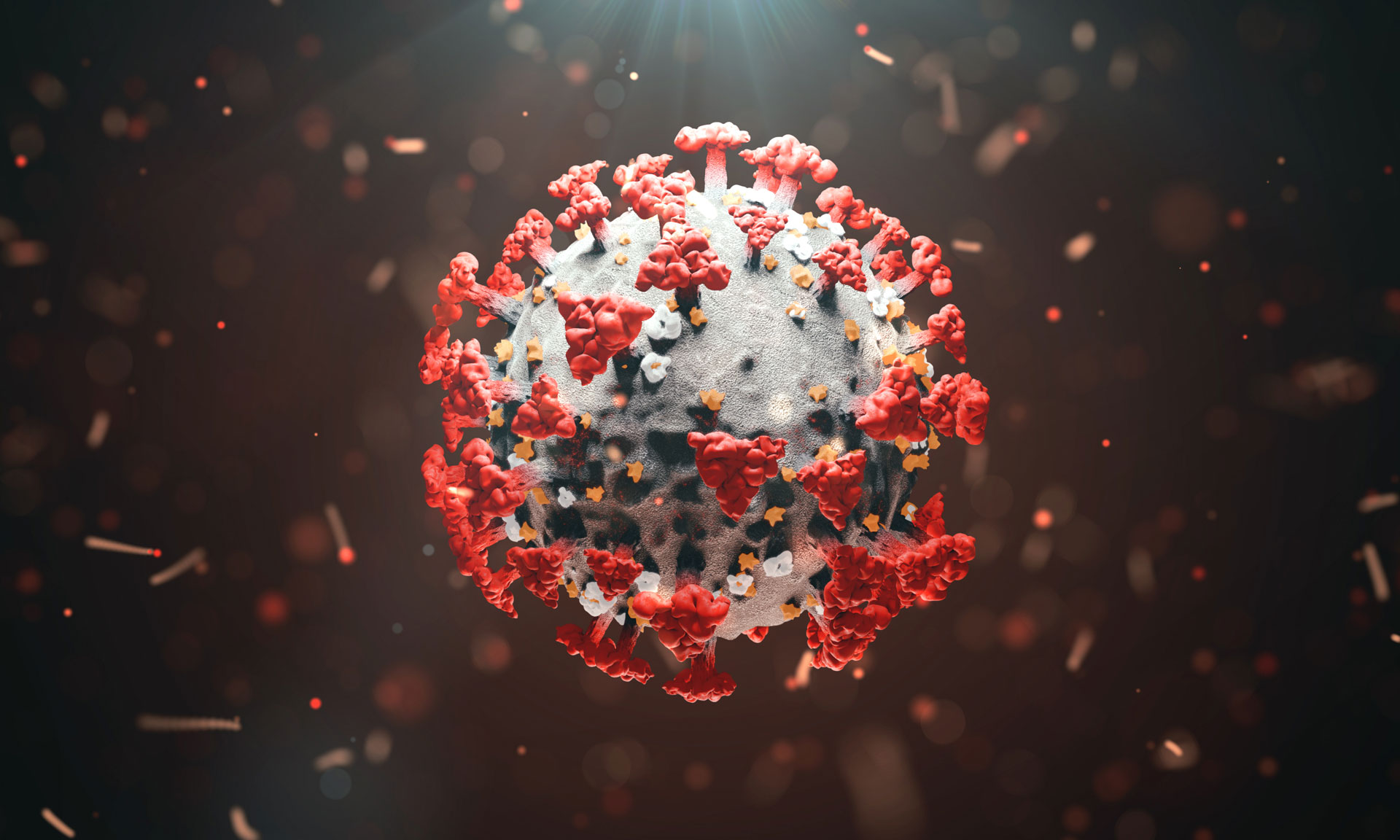 Viruses mutate all the time and this is par for the course, but mutations don’t always make an important difference to how the virus behaves.

Unfortunately, the new Covid variant has appears to have developed multiple, seemingly important mutations, some of which seem to be making it more infectious and easier to pass from person to person.

It’s also replacing older variants of the virus, and scientists have warned it can be found across the UK (except perhaps for Northern Ireland).

It now accounts for around 60% of cases in London and has been responsible for a sharp increase in cases in the south-east of England, becoming the dominant strain there too.

There isn’t currently any evidence to suggest it causes more severe disease though.

How much faster does the new variant spread?

The government’s New and Emerging Virus Threat Advisory Group (NERVTAG), has estimated that the new variant is about 70% more transmissible than the original COVID-19 virus, but we don’t know exactly yet. Other estimates have put it at 50%, and research is ongoing.

Regardless, this is a big jump, and the resultant rise in cases is the reason tougher restrictions have been brought back.

It is hoped that tougher restrictions on indoor mixing and more stringent social distancing measures will help to curb its growth. This is key to ensure the NHS isn’t overwhelmed during the already tricky winter period.

So, it’s a good time to hit refresh on key measures that we know work:

Are children more susceptible to the new variant? 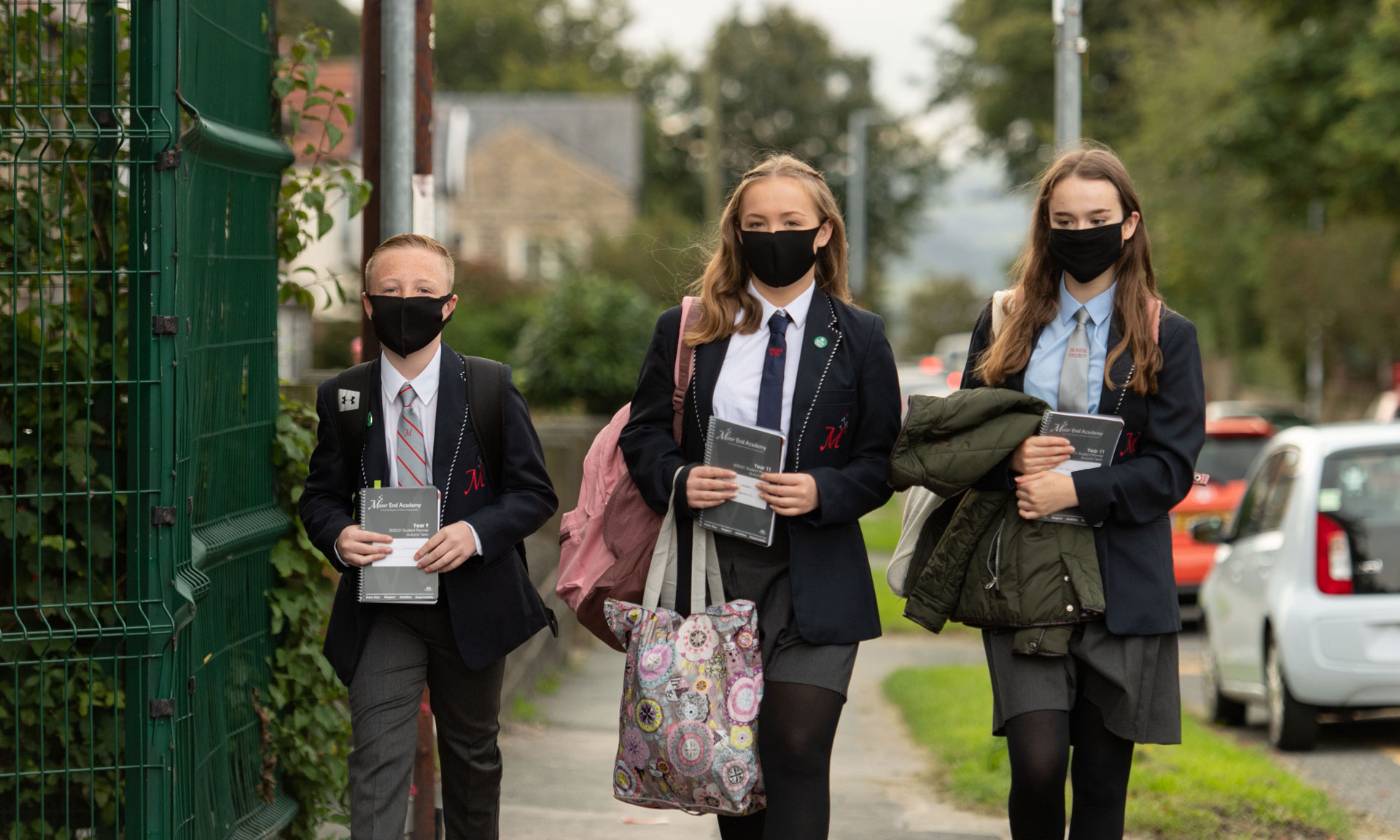 NERVTAG has said that children may be equally susceptible to this new variant of COVID-19, unlike previous versions which have been less likely to infect children.

This hypothesis is based on available data and causality hasn’t been proven yet.

There’s no evidence to suggest that the new variant causes more severe illness in children or poses a greater threat to children’s health.

It could mean, however, that given mixing patterns of children in schools, that they might play a greater role in catching and spreading the disease. This might have implications for what happens to schools after the Christmas break.

Does the new variant impact the vaccine? 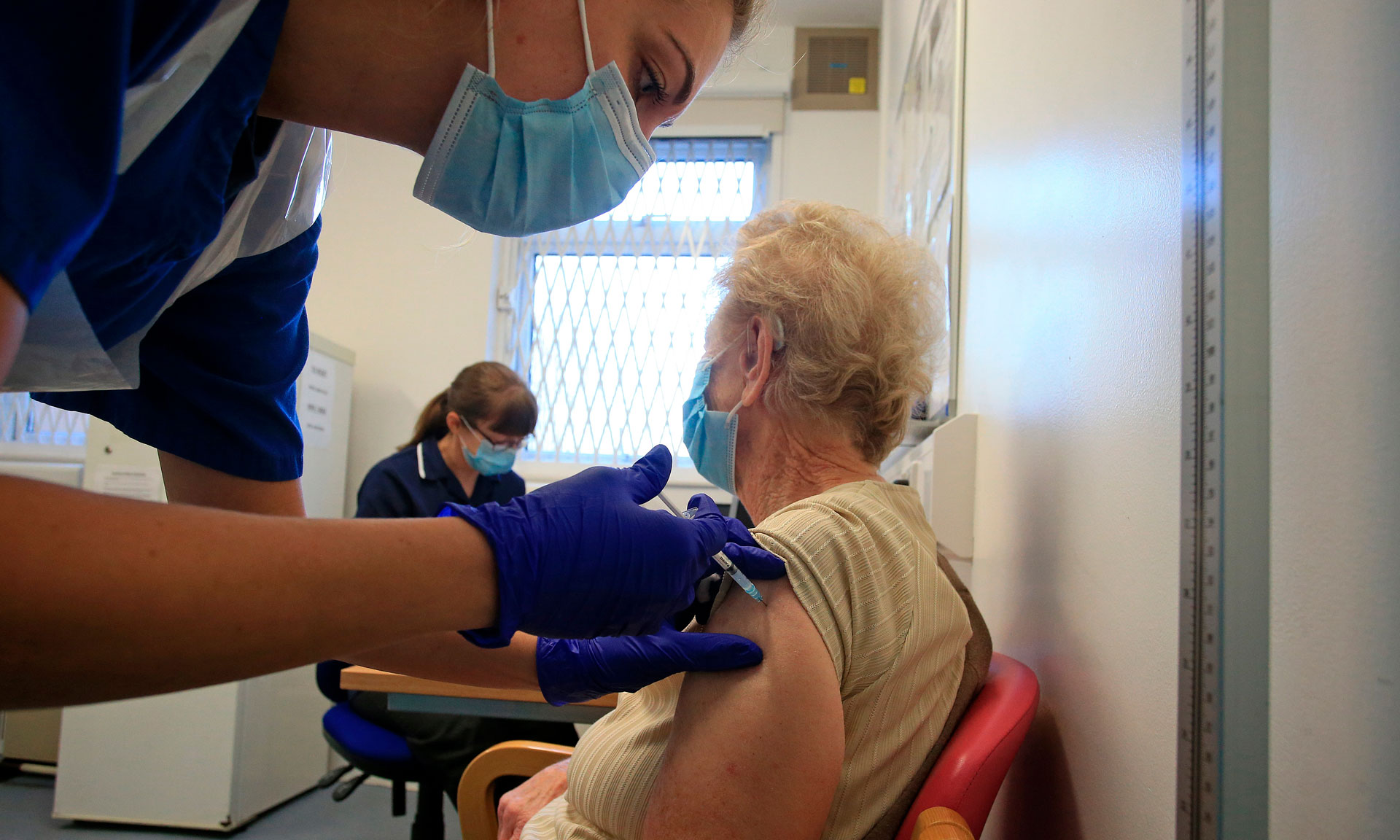 Based on what we know so far, the changes found in the new COVID-19 variant shouldn’t alter the effectiveness of the vaccines currently being given or developed.

Patrick Vallance and Chris Whitty have both said that the working assumption of the government’s scientists is that the vaccine will work against this variant.

BioNTech, which developed the Pfizer vaccine currently being rolled out in the UK, said it is confident its vaccine will still work, but is running tests to be certain, with results due in two weeks.

It’s likely that as time goes on adjustments to the vaccine may need to be made in future, but this can be normal practice, like how the flu shot is given yearly, for example.

Find out more about the COVID-19 vaccine and what it means for you.

Will it mean more restrictions after Christmas? 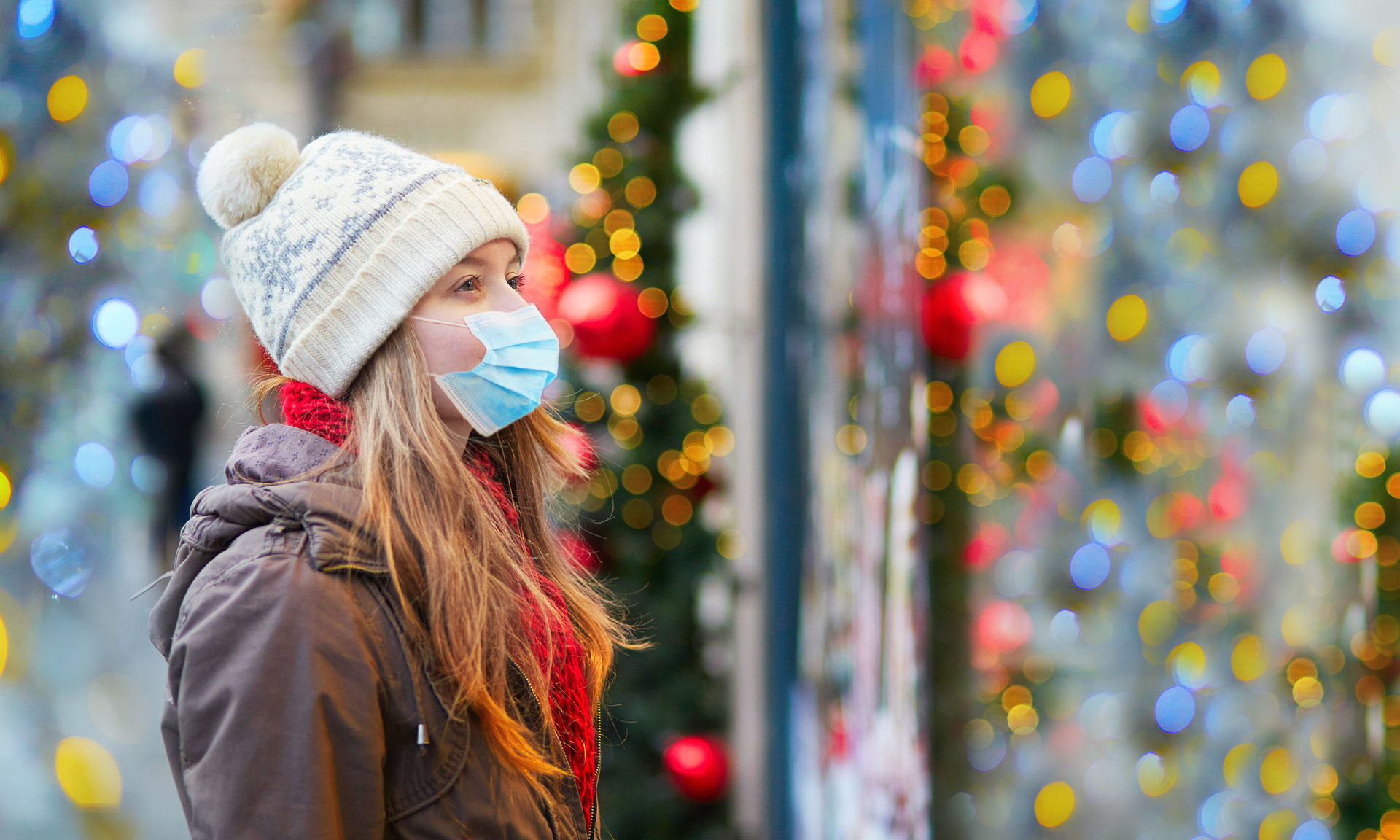 Christmas rule relaxations have already been significantly rolled back, or even cancelled, with London and parts of the south-east and east of England now under stricter tier 4 lockdown.

The government has said this is due to the emergence and rise of this new variant, though scientific advisors had been warning against a relaxation of the rules for some time.

It’s likely that any increased socialising and mingling over the holiday period will precipitate a rise in cases, so if you’re still able to meet others on Christmas Day, read our tips for a Covid-safe Christmas.

Restrictions are reviewed every two weeks, and depending on the extent to which the new variant is spreading outside the areas already under tier 4 restrictions, the government may decide to extend the reach of those stricter rules.

Matt Hancock has already said the areas that are already under tier 4 lockdown may need to remain under those restrictions for a couple of months, and a wide swathe of additional areas in the south east and west of the UK will move up a tier from midnight on Boxing Day. Check if your area is affected at the gov.uk website.

All things considered, it’s quite likely we’re all headed for more stringent restrictions into 2021.

How will this impact travel? 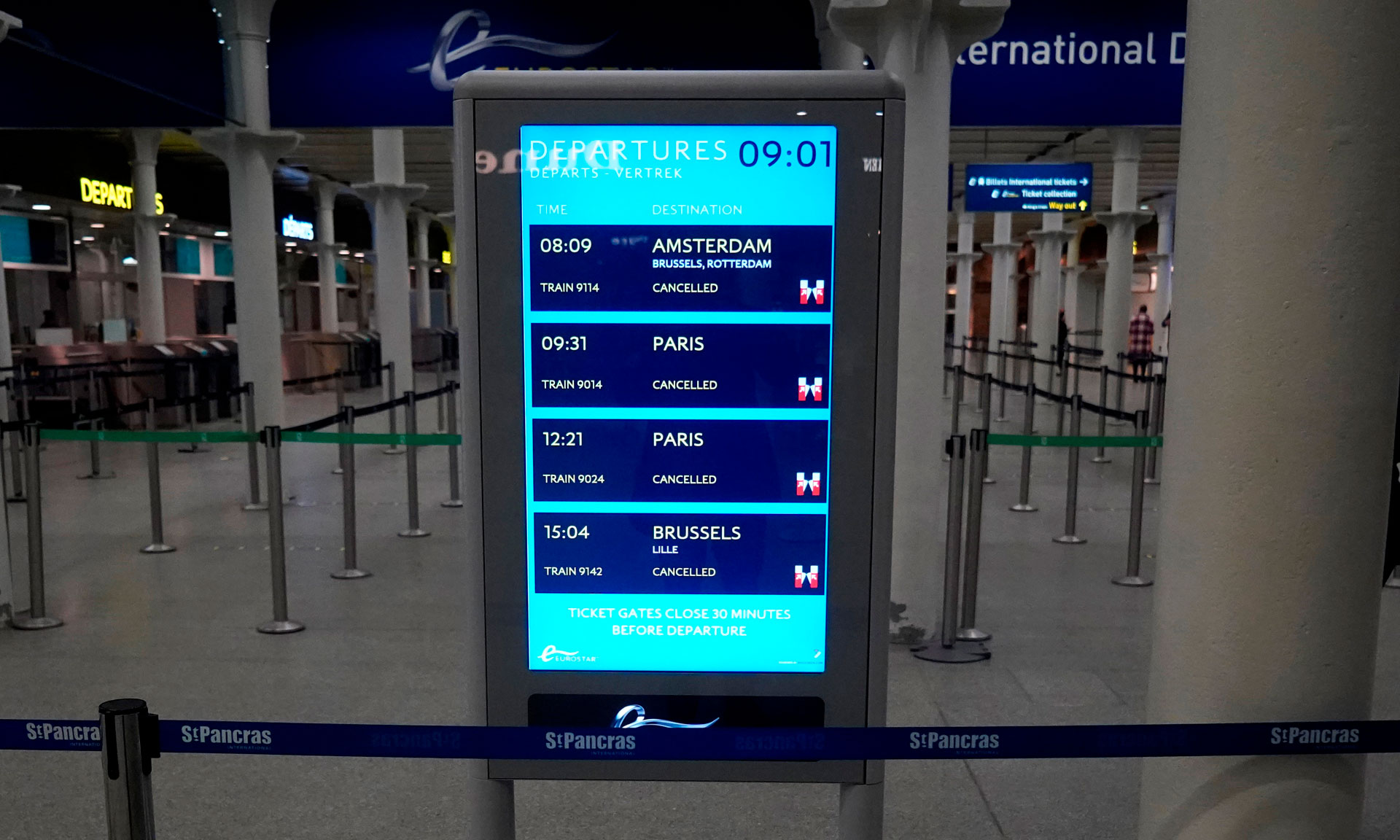 Most EU countries, plus Canada and India, have placed interim travel bans on arrivals from the UK while the threat of this new strain is assessed.

The list of countries is ever-changing, so check the UK government travel advice for the latest updates.

The length of the travel bans vary and so do the exact parameters; some countries may allow residents to return if they take a test.

The EU commission has urged countries to lift the blanket travel ban, and France has agreed to allow some passage to specific groups, on condition of a negative COVID-19 test result, but the situation remains messy.

If you’re in a tier 1 or 2 area, travel and holidays are still permitted. In tier 3, travel is advised against.

For now, if you’ve got travel booked, it’s probably best not to go as the risk of rules changing and becoming stranded is significant.

Your refund rights and what to do if you’re abroad – Which? travel experts guide you through the latest restrictions and your rights

How will it impact trade? 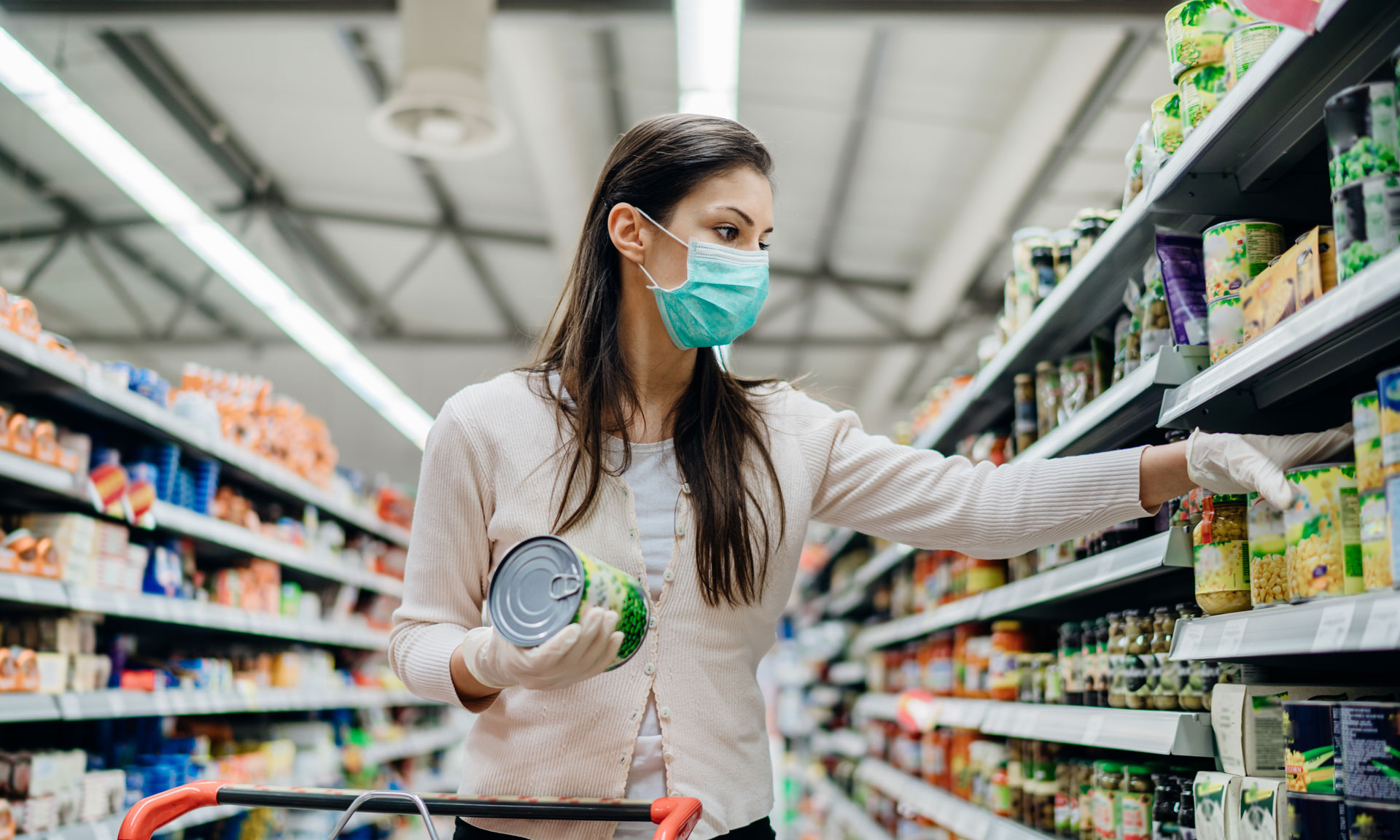 Reports of lorries banked up on either side of the Channel unable to get freight through due to border closures have sparked some worries about essential supplies.

The British Retail Consortium (BRC) said, ‘Retailers have stocked up on goods ahead of Christmas which should prevent immediate problems. However, any prolonged closure of the French border would be a problem as the UK enters the final weeks before the [Brexit] transition ends on 31 December.’

France and Britain are working on an agreement about the border closures shortly, with signs that movement will be allowed to resume, subject to certain conditions.

This story was originally published on 22 December 2020, but has since been updated to reflect the latest news