In the UK we consume around twice as much meat and dairy compared with global averages.

But these foods are considered to be some of the least sustainable because of their environmental impact.

Experts believe that improving the sustainability of our diets – by cutting down on how much we rely on less sustainable food groups – could have a big impact in the fight against climate change.

Here, Which? looks at why meat and dairy are more environmentally problematic, and how making small but impactful changes to your eating habits can help to protect the planet.

Our sustainability pledge – how Which? can help you make sustainable choices

Why meat and dairy are considered worse for the planet 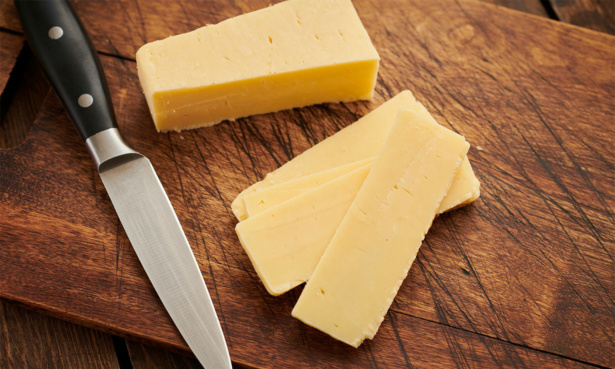 All foods have an environmental impact, but some are worse than others.

Animal products have a higher carbon footprint than plant foods. For example, producing a kilo of beef creates 59.6kg of greenhouse gasses (GHG) and a kilo of lamb creates 24.5kg. Peas and nuts create less than 1kg of GHG per kilo.

While the ways animals are farmed also affects their carbon emissions, a large majority of the emissions from cows and sheep are down to the methane that the animals expel from their digestive systems.

Other contributors to GHG emissions are: fertilisers used on the land for grazing, growing animal feed and the breakdown of animal manure and urine. 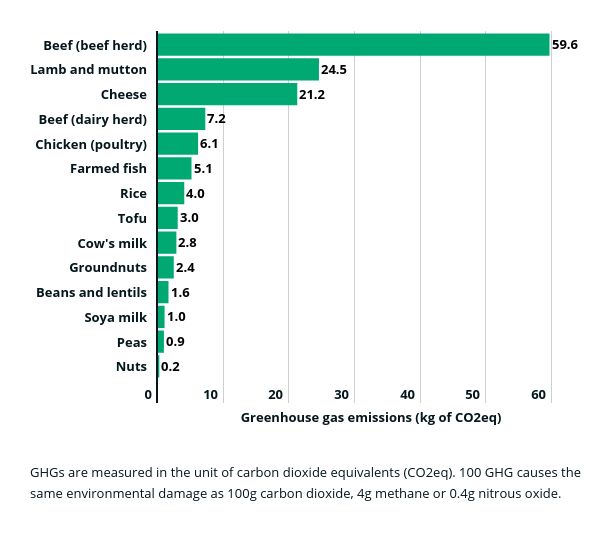 Greenhouse gases such as methane, nitrous oxide and carbon dioxide cause problems as they allow heat to pass into the earth’s atmosphere but prevent it from leaving, which causes rising temperatures.

The effect of this is well-documented and includes droughts, rising sea levels and more flooding, all of which further impact food production.

Greenhouse gases aren’t the only concern when considering environmental impact and sustainability. We also need to take land and water use into account.

However, GHG emissions are currently the best measurement we have, which is why they’re used so widely. 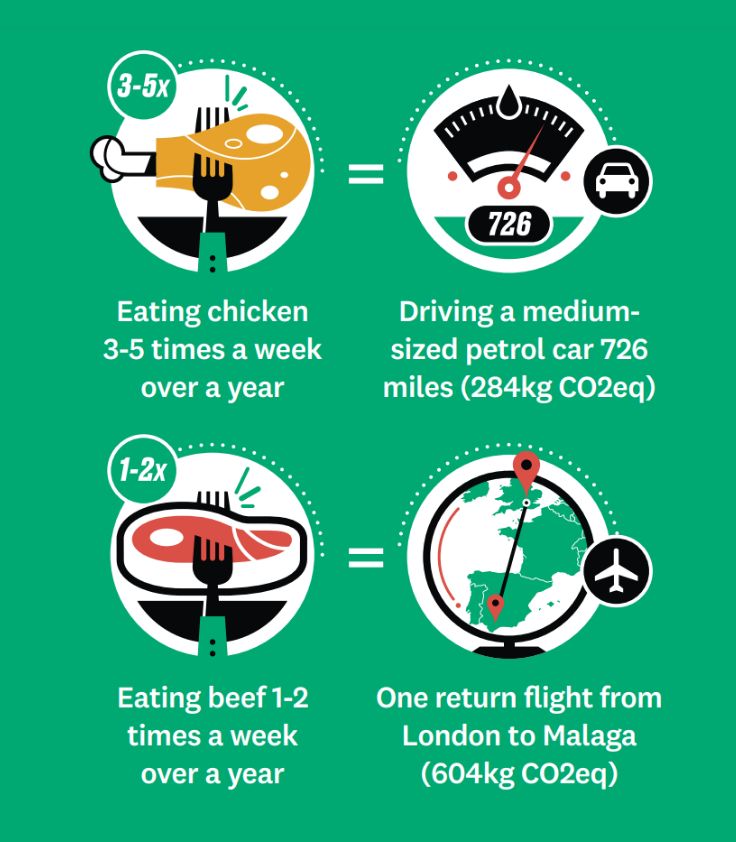 Can you just swap beef for chicken?

You might think a solution would be to dial down eating red meat and stock up on more chicken, as it currently has a much lower impact. However, this would just swap one problem for another.

Most chickens are reared intensively and are fed on soya, the global demand for which has driven deforestation – impacting the environment and biodiversity.

And it’s argued that the soya fed to chickens could be eaten by humans, whereas cows and sheep convert food that humans can’t eat (grass) into nutrient-dense food that we can (beef, lamb and milk).

Tara Garnett, leader of the Food Climate Research Network at Oxford University, says: ‘Instead of getting caught up in which meat to eat or avoid, reduce your intake of all meat as much as you can.’

Do you need to ditch the dairy? 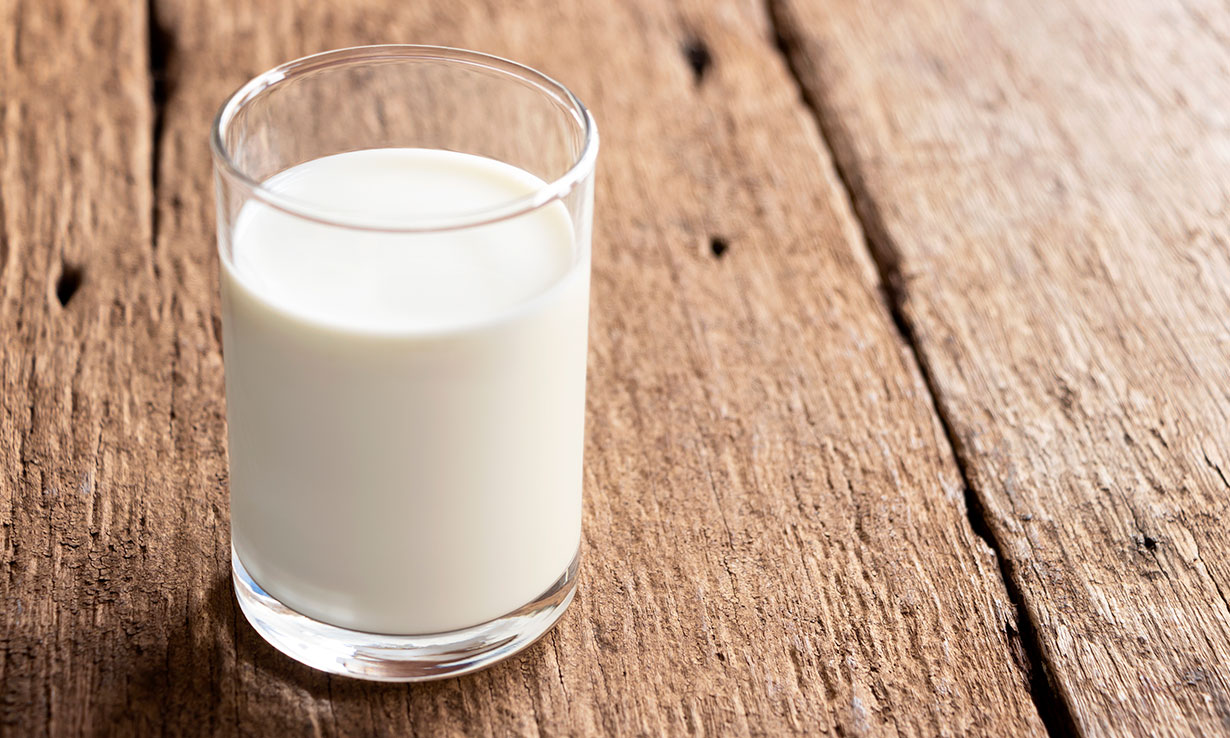 Dairy cattle produce milk over their lifetime and beef when they’re slaughtered which is why the carbon emissions from beef from a dairy herd are lower than beef from a beef herd, but that doesn’t stop dairy products – cheese, in particular – from being a high-impact food.

Milk has a high water content, so carbon emissions are lower than for cheese – this is because it takes 8-10kg of milk to make 1kg of cheese. So cutting down on milk by-products such as cheese and yoghurt is likely to have more impact.

Switching to a plant-based milk substitute isn’t necessarily better. While almond milk has a low carbon footprint, its water footprint is very high and also takes its toll on the environment.

Some 80% of the world’s almonds are grown in California, an area that has suffered severe droughts in recent years – and the Office of Sustainability at the University of California San Francisco says it takes 15 gallons of water to grow just 16 almonds.

Plant milks don’t contain the same nutrients as dairy milks, either. Fortification can add vitamins and minerals, but they still contain less energy and, apart from soya milk, less protein.

Will cutting down on meat and dairy mean missing vital nutrients? 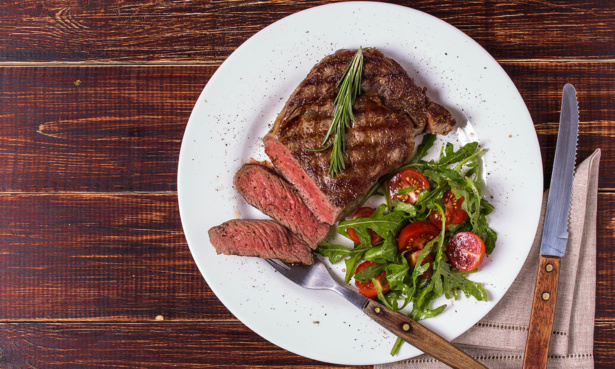 It’s perfectly possible to get enough protein from a well-balanced vegetarian or vegan diet, and indeed eating more plant-based foods is recommended as part of a healthy diet.

Some nutrients that might be harder to get from a fully vegan diet and may need to be supplemented include:

Other ways to make your diet more sustainable

Reducing your meat and dairy consumption is one change you can make, but there are other ways to help reduce your impact, too: 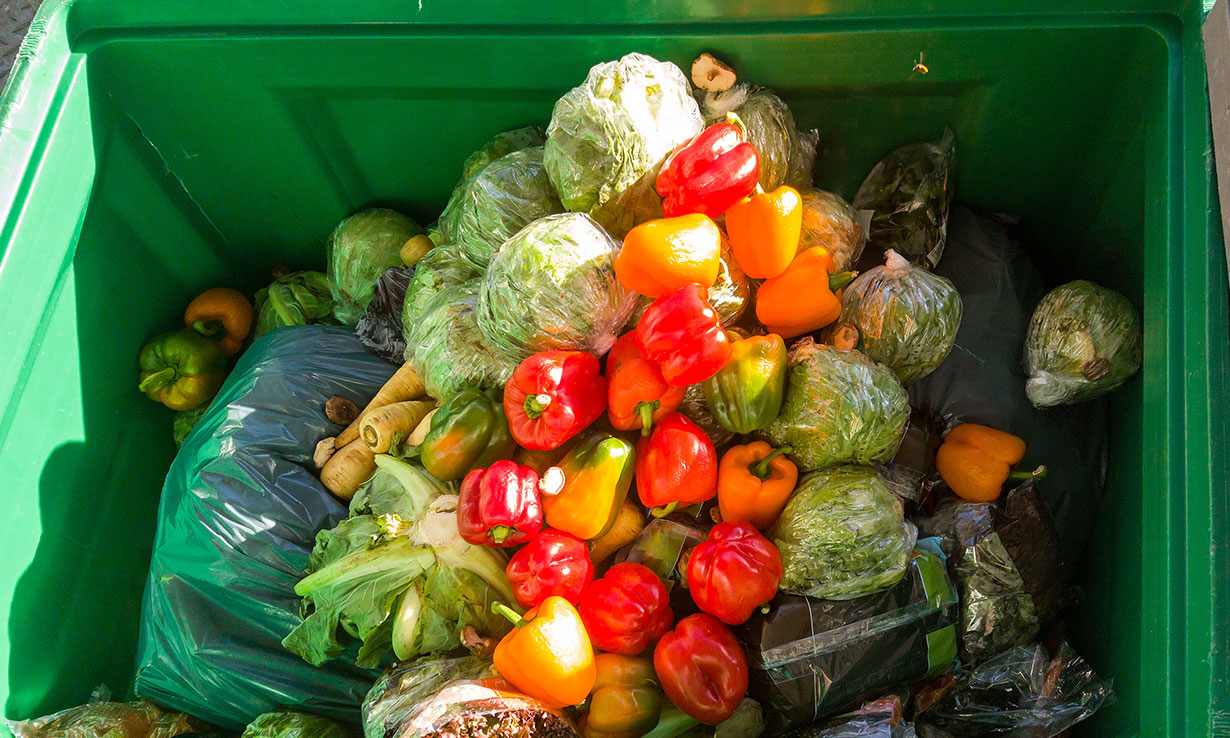 Throwing food out doesn’t just waste the food itself, but all the resources that have gone into making it, as well as the emissions created when it rots.

Some 70% of food waste comes from households and this is linked to more than 20 million tonnes of GHG emissions.

If everyone in the UK stopped throwing away food for just one day it would have the same environmental impact as taking 14,000 cars off the road for a whole year.

Find out how to minimise waste in your home with our top tips to reduce food waste.

2. Avoid foods that are air-freighted

The impact of transport is relatively small for most foods apart from those transported by air – usually highly perishable fruit and veg, including strawberries, blueberries, asparagus and green beans.

These emit 50 to 100 times more GHG and have far more impact than food travelling by sea, such as apples, oranges and bananas.

Try to eat seasonal fruit and veg where you can. 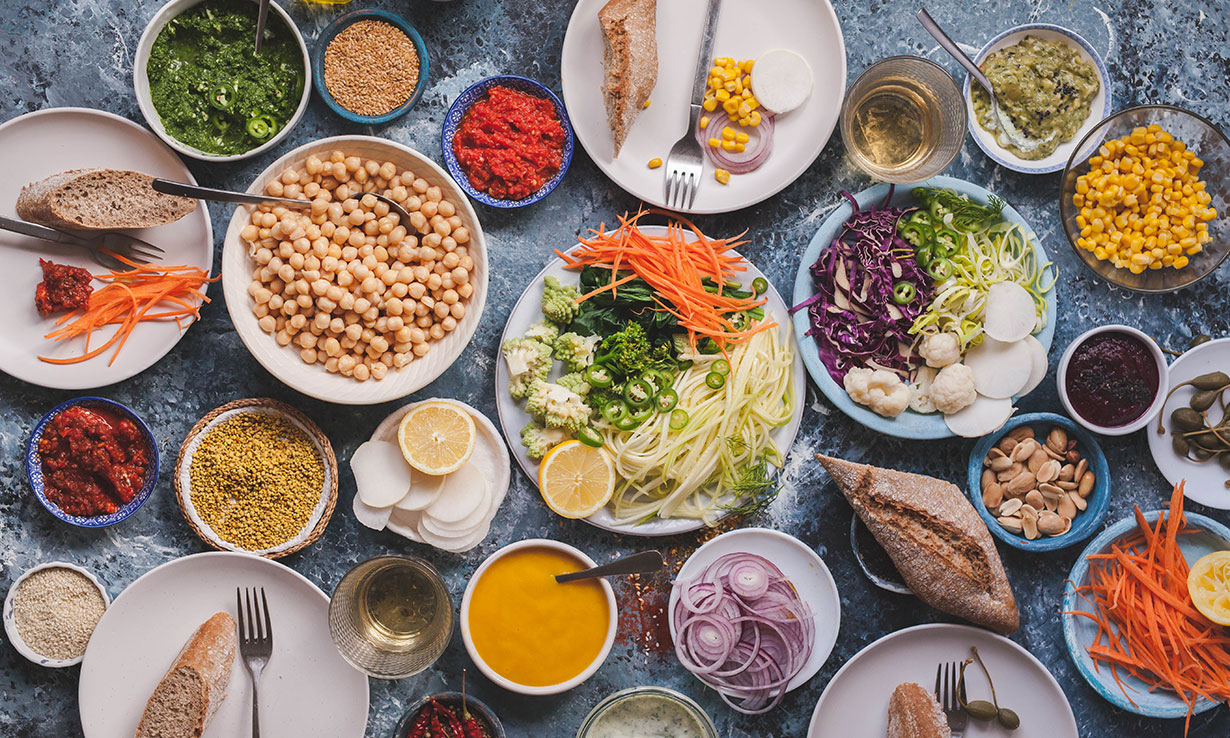 Aim to consume more plant foods and increase the number of meat-free meals you have. Maybe even try meat-free days.

Tinned lentils, beans and pulses are easy to add to meals and can be used to bulk out salads and replace meat in stews, sauces and pies.

For example, you could replace half the meat in a Shepherd’s pie with green lentils or try tofu in place of chicken in a stir-fry.