This plastic packaging – which is not usually included in household recycling collections – will then be sent for recycling and turned into new packaging for food, household and beauty products.

Past Which? research has shown up to 50% of packaging used by supermarkets is not widely recycled in the UK, and plastic bags, including soft bread bags and crinkly salad bags, are likely to end up in our general household waste.

Find out more about our past plastic investigations: what are supermarkets doing about plastic?

Tesco launched its scheme in 10 stores in 2018. That trial was so successful that it’s now rolling it out into 171 stores in south-west England and Wales. It plans to expand the initiative to all large stores nationwide by the end of the year.

It said customers had returned more than 10 times the expected amount of plastic, with bread bags, fruit and vegetable packaging, crisp packets, salad bags, baby and pet food pouches topping the list of returned packaging. Material collected in the trial has already been used to produce food-grade packaging for a selection of Tesco cheeses.

The supermarket said the move would provide the UK’s biggest network of recycling points for soft plastic, which is not commonly recycled by councils in kerbside collections and often ends up in the bin.

Find out more: how to recycle in the UK

How does it compare with other recycling schemes? 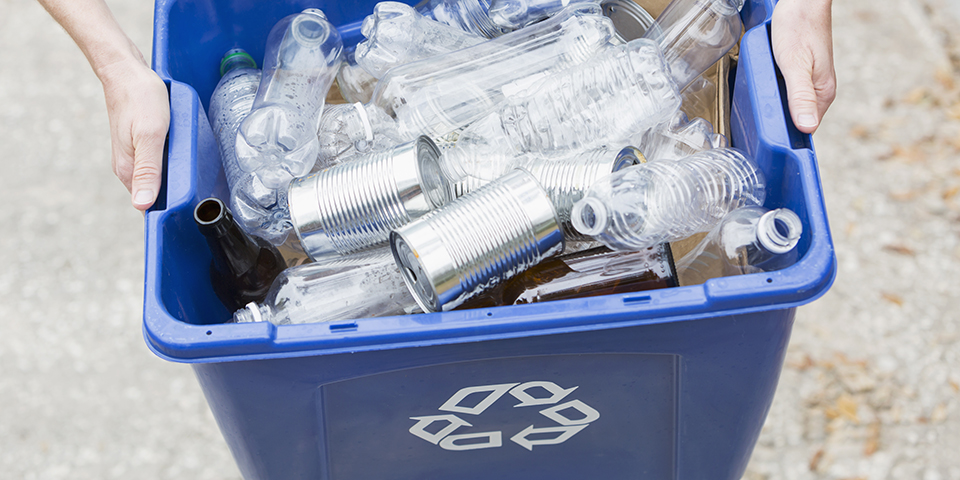 The plastic collected by Tesco’s new scheme is not usually recycled in household collections. Some specific types of soft plastic can already be recycled at collection points at other supermarkets, including Sainsbury’s. However, Tesco’s is the first large-scale supermarket scheme we have seen to also accept more complex packaging, such as crisp packets and pet food pouches.

Which? research in 2018 found that between 4% and 10% (by weight) of the packaging in a collection of popular grocery items was soft plastic that could only be recycled at supermarket collection points or ‘bring banks’ rather than at the kerbside.

Often, the fact that this packaging could be taken to supermarket collection points wasn’t always made clear on the labelling. And a consumer survey we carried out at the time showed that just 9% of shoppers always or often took packaging back to a supermarket to be recycled.

Certain more complex items, such as crisp packets, can also be recycled through the private scheme TerraCycle, which operates drop off points for hard-to-recycle materials and is paid for by the brands themselves. However, a Which? survey of 1,154 members in January 2021 found only 18% of respondents had heard of the TerraCycle scheme, and of those only 23% had used it.*

Which? calls for mandatory labelling

We have investigated the recyclability of grocery packaging for a number of years and found there’s a lot more both supermarkets, big brands and government can do. Our research in this area has led us to call for mandatory recycling labelling on grocery packaging.

Michael Briggs, head of sustainability at Which?, said: ‘Our research has shown that almost half of grocery packaging used by supermarkets is not widely recyclable, so it’s good to see Tesco widening its recycling facilities to help consumers dispose of packaging in a more sustainable way.

‘To further reduce the waste that goes to landfill, the government should make recycling labels on food packaging mandatory, simple and clear, enabling shoppers to know exactly how to dispose of the packaging that comes with the products they consume.’

Tesco expects to collect and recycle 1,000 tonnes of plastic a year through the scheme, with consumers able to return all their soft plastic waste, regardless of where they bought it.