Samsung’s quirky new TV advert boasts of the ‘awesomeness’ of its new affordable devices, the Galaxy A51 and A71. We look at the differences between the two and see whether they’re as impressive as they claim to be.

In its latest ad campaign, Samsung claims that the A51 and A71 have ‘awesome screens’, ‘awesome cameras’ and ‘long-lasting battery life’. And after the A51 took pride of place as the best-selling smartphone in the first quarter of 2020, it seems the message has got through.

Perhaps more compelling is that these aren’t premium flagships – both the A51 (£320) and A71 (£420) are significantly cheaper than the Galaxy S20 (£799) that launched in March of this year, so do you really need to pay top whack for a smartphone?

We’ve compared the two below, and also see how far short they fall of Samsung’s S20.

Browse the best smartphones of the year so far in our guide on the top five smartphones for 2020.

Samsung Galaxy A51 vs A71: A-series face-off 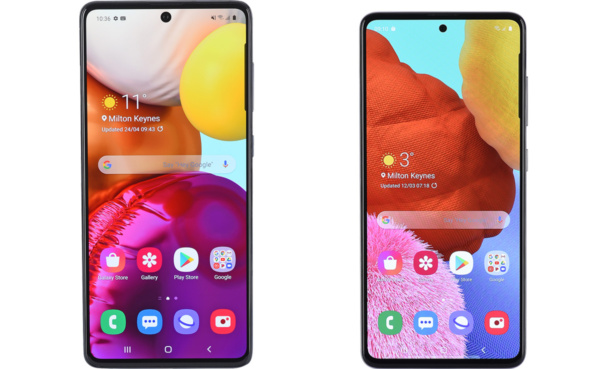 If you’ve been eyeing up the far pricier S20, but want a big display, you’d be better off paying less with one of these two models, as its 6.2-inch screen is notably smaller than the A71’s. But if you want a high-resolution screen, the Galaxy S20 wins by a landslide.

Not only does its display have Quad HD+ resolution (3,200 x 1,440 pixels), but it also has HDR10+ technology, the same format that Samsung puts in its HDR televisions.

Considering an upgrade? Find out which phone brands offer the best security support. 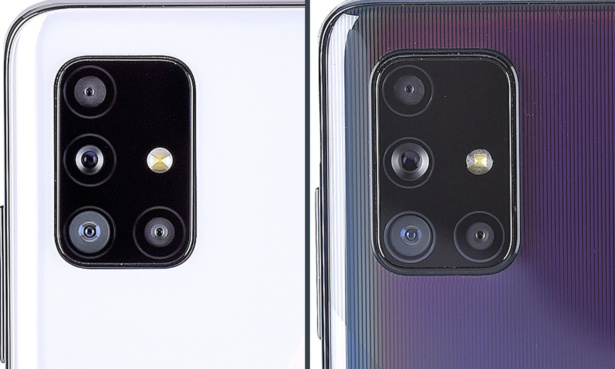 Once again, the A71 comes out on top, but only by one lens. Both models have four rear cameras and a single 32Mp front lens, but the A71 edges a win with its higher-resolution main camera, which is a 64Mp wide-angle lens compared to the A51’s 48Mp. Both have three additional lenses – 12Mp ultra-wide angle, 5Mp macro and 5Mp depth lens.

Another difference between the lenses on the two phones is their apertures. A71’s 64Mp lens has a larger aperture (f/1.8) than the A51’s 48Mp lens (f/2.0), meaning that the A71 lets more light in when you’re taking photos, which should mean better results in darker environments.

If we’re playing the numbers game, the S20 lags behind with three rear lenses – 64Mp telephoto, 12Mp wide-angle lens and 12Mp ultra-wide-angle lens – while the A51 and A71 both have four. But as far as technical specs, the S20 has high-end features that the others don’t, such as 3x hybrid zoom and optical image stabilisation to reduce blurring.

Only our rigorous battery tests will reveal the final verdict on this one, but based on specs alone, the A71 takes the lead. It has a 4,500mAh battery with Fast Charging 25W, while the A51 has a 4,000mAh battery pack that uses the lower spec Fast Charging 15W.

Interestingly, the S20 is neck and neck with the A51 in battery size but, as ever, Samsung filled its flagship to the brim with extra features. With the premium S20, you’ll be able to charge your smartphone wirelessly and also use your phone to charge other devices using reverse wireless charging.

If your phone’s getting a bit long in the tooth, it may no longer be receiving security upgrades. Read more about the risks and how to stay safe in our guide to mobile phone security.

Other phones with ‘awesome’ specs 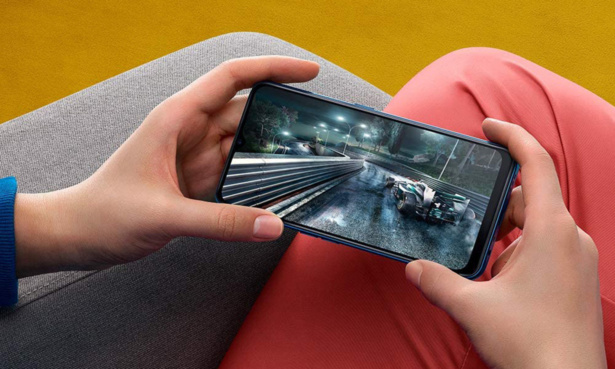 The specs and enticing prices of the A51 and A71 are certainly impressive, but Samsung isn’t the only brand that can pull off an affordable smartphone with great features.

If paying £320+ for your next upgrade is still a hard sell, brands such as Motorola and Oppo have launched smartphones at even friendlier price points that don’t compromise on the three most important areas: screen, camera and battery.

Motorola has been serving the market with affordable phones since the brand launched and the Motorola One Vision (£270) is a slightly cheaper option if you want to pay less than £300.

This smartphone’s USP is its 6.3-inch CinemaVision display, designed to give you an ‘immersive’ movie-watching and gaming experience. Although its screen is 0.2-inches smaller than the A51’s, its resolution is just a smidge higher (2,580 x 1,080 pixels). 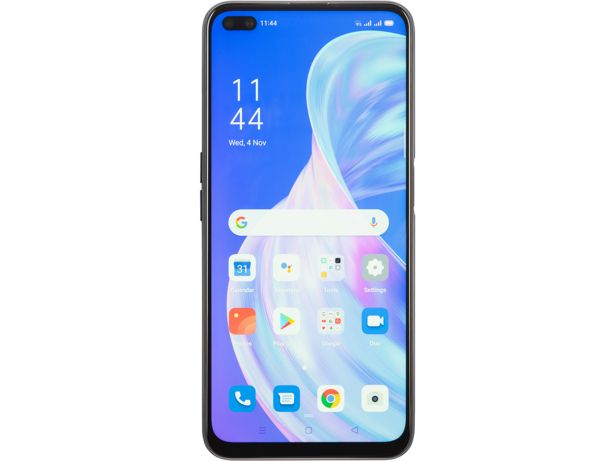 Oppo is proving to be a brand to watch with its feature-packed yet reasonably priced smartphones. The Reno4 Z 5G is one of the cheapest models in the range, yet includes 5G connectivity, a large 4000mAh battery and generous 128GB of storage.

If you’re looking for a phone with a mammoth battery, look no further than the Oppo A9 2020.

This shockingly cheap smartphone launched for £220 with a 5,000mAh battery that’s bigger than all three of the Samsung models we’ve mentioned. And with a 6.5-inch display that matches the A51, this might be your best bet on a budget.

Find out if its performance matches its specs in our Oppo A9 2020 review.

Love a bargain? Read our guides to the best cheap phones and mid-range phones for more.