Electric bikes dramatically decrease the amount of effort you have to put in while pedalling, meaning longer journeys or hilly routes are within scope for even the most tentative of cyclists.

If you already have a bike that you love, you could also consider an e-bike conversion kit. This consists of a motor and battery unit that, once installed, give your bike the power to propel you forwards when needed.

In May 2020, with commuting on crowded public transport looking unattractive, I took the plunge and bought one.

Read on to find out how easy it was to install, what it felt like to ride, and how to decide if this is an option that could work for you.

Swytch e-bike conversion kit – what you get

The Swytch Universal e-bike conversion kit consists of two main parts: a motor wheel that replaces your bike’s current front wheel, and – its main selling point – a quick-release battery pack that you mount on your handlebars.

It also comes with a cadence sensor to check how fast you’re pedalling and adjust power delivery accordingly.

Extras you can throw in include a throttle (so you can accelerate without pedalling, but be warned this could mean your bike is classed as a moped) and brake sensors (so the motor instantly cuts out when you brake).

These are the main components of any e-bike conversion project; the key with Swytch is that they are all part of the same kit and work together seamlessly.

There are two battery specifications:

The battery adds 1.5kg to your bike’s weight, and the wheel a further 1.5kg.

It’s available for a variety of wheel sizes (and if your wheel isn’t listed, Swytch says it may be able to custom-make it), and there’s a kit specifically for Brompton folding bicycles.

How much does the Swytch cost?

I bought the Eco kit, which has a 35km range. I paid £399 upon ordering, £25 for shipping and a further £91 of VAT and duty when the kit arrived in the country (all kits are manufactured in China), bringing the total to just over £515. Depending on which kit you choose, it could be more. Since September 2020 Swytch has charged the full price upfront so you don’t get stung by VAT and duty later on.

You buy a kit direct on pre-order (or ‘crowd-shop’, as Swytch calls it). Production runs take place every two months, so if you sign up you’ll get an email a few weeks later that lets you get your order in.

The company advertises a 50% discount for people who pre-order, but I found no obvious way to pay full price for a Swytch to get it instantly.

I asked Swytch about this, and it told me customers can buy the Swytch at full price direct, starting from £999 for the same kit I bought. However, this is almost impossible to do. I couldn’t find this store on the main website, and Swytch doesn’t mention price in the FAQ section on its main website. It told us it’s going to fix this.

How does the price compare with other kits? 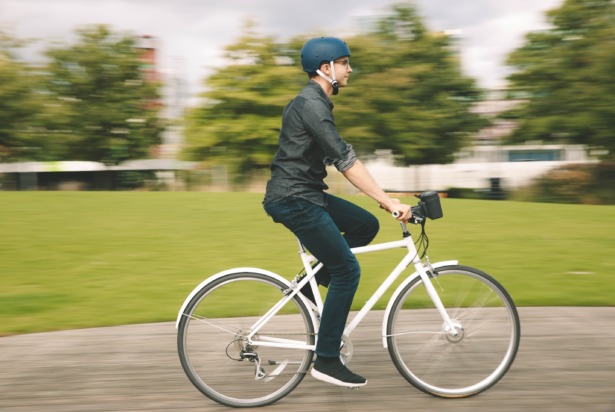 It’s roughly on par with other branded kits, some of which can go up to £1,000, depending on the battery capacity, position of the motor and how cleverly disguised it is (some are made to look like drinks bottles).

There are cheaper kits around on online marketplaces, but it’s very difficult to know how good the quality is, how safe it is or indeed when it will arrive, and there’s likely to be little support if things go wrong.

Makes your bike faster, but takes months to arrive

From the moment orders are ‘locked’ – about a month after you place your initial order – Swytch gives a delivery window of 10-12 weeks. I’ve read stories of early batches taking over a year but mine took 21 weeks.

Covid restrictions and manufacturing delays no doubt took their toll, but communication about the delays was generally sparse and relies on you checking in for updates rather than any proactive communication.

Swytch said the delays I experienced have been resolved, and it’s aiming to get the average delivery time down to six to eight weeks for orders placed this summer.

But for now, we wouldn’t count on receiving your kit by a specific date.

I’m no bike expert. Instead I’m the type of person who cleans and oils up the chain when they happen to remember and takes their bike for a service once a year.

I say this not to put off bike enthusiasts from reading any further, but as a means of reassuring inexperienced bike owners who are wondering whether they’re capable of actually fitting the kit. 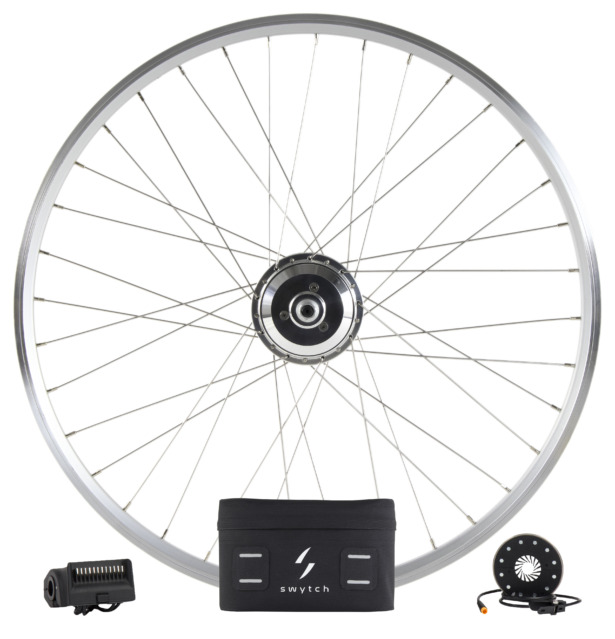 The answer is ‘probably’. I got there in the end, but over the course of fitting the Swytch to two bikes I ran into various problems that required plenty of Googling, YouTube tutorials, searching on the Swytch Bike Chat Facebook group and even a trip to a local bike shop because I was unable to get my tyre seated in the new motor wheel.

Because I assembled both bikes over the Christmas holiday period I was unable to use Swytch’s customer support services that, as far as I can tell, are very good for solving technical issues and sending out replacement and spare parts. The company also offers a free one-to-one video call service to get you going.

In total I probably spent a good six hours assembling both bikes, on and off over a few days.

The key selling point of Swytch is that it’s a straightforward assembly process that should work with any bike. I’ve no doubt that the latter is true, but whether you have a straightforward assembly experience is probably down to luck, your bike’s condition, your own level of experience with bike maintenance and the specific quirks of your own bike’s original design.

There’s really no way of knowing until you receive the kit. The conclusion is not to have any big bike-riding plans for the first few days after you intend to assemble the Swytch, so you have time to troubleshoot any teething problems.

Aside from its universality, the biggest selling point of the Swytch is its quick-release, handlebar-mounted battery pack.

It’s simple to attach and detach, and the handle means it’s easy to carry around. Given it only weighs 1.5kg, I felt comfortable popping it into my rucksack once I’d reached my destination.

The battery pack also houses the controls. For the most part, all you’ll do is increase or decrease the amount of assistance provided by the electric motor from levels one to five.

On most journeys on London’s relatively flat streets I kept the assistance level at two, increasing to three on moderate hills and four for steep or longer inclines where I’d normally get a bit out of puff.

Because UK e-bike regulations limit motor speeds to a modest 15mph, the main benefit to electrical assistance isn’t extra speed but the effort you save when accelerating from a standstill and, as mentioned above, riding up hills.

The net effect of this is that you don’t get as hot or as sweaty when riding, and if you have any mobility limitations, such as sore knees or stiff hips, that would otherwise make cycling long distances a real chore, electrically assisted cycling makes taking longer rides feel much more possible. It’s a true mobility enhancer.

How far can you go?

At this point I have to don my Which? hat to say that I haven’t done any scientific lab testing – unlike our full e-bike motor system reviews – but that range on the Swytch Eco seems to live up to its claims, based on my experience.

On a 13-mile round trip at a steady level three of assistance, the Swytch battery was down to just under 50% capacity. The claimed range is just under 22 miles (35km), so this seems to add up.

It’s not the longest range we’ve seen (some full-size e-bikes can do up to 70 miles) but if you’re only going to be doing short rides around town or an hour’s commute each way, or even a day trip, it should be plenty.

An extra 3kg might not sound like much, but given my bike originally weighed 11kg, adding the Swytch added almost a third of extra weight – entirely on the front.

This is, in fairness, much lighter than an average e-bike, which can weigh a hefty 18kg. But if you’re used to your bike being nimble around corners, be prepared to bid that farewell.

It’s also cumbersome to pick up and carry the bike because of the weight imbalance.

For me, the compromise in handling was totally worth it for the convenience and relative simplicity of the Swytch, but not everyone will feel the same way.

Other e-bike kits allow you to fit the battery pack in the middle or rear of your bike, and also let you fit your motor to the rear or even to the pedals themselves, spreading the weight more evenly and giving it a lower centre of gravity. They’re probably more of a pain to install, though.

The Swytch battery pack also ousts any accessories you usually fit to the front of your bike. I had to buy a new light and clip it to the front of the power pack, and my wife had to say goodbye to her front basket and buy a rear-mounted one to replace it.

Based on my experience, the Swytch is a relatively simple way to convert your bike, and its overall price feels reasonable for what you get, especially given it should theoretically fit almost any bike. While shipping was very slow, the rest of the experience with Swytch has been positive.

You get online and phone support and a warranty, as well as helpful tutorial videos. The quick-release handlebar-mounted battery is the biggest selling point.

If you love your current hybrid, road racer, trike or folding commuter bike but want to be able to go further without breaking a sweat, the Swytch should make your shortlist.