With the fuel crisis prompting more people to think about ditching petrol, could Vauxhall’s all-electric Mokka-e be the answer? Or are cheaper mild hybrids a more convenient and better-value option, with their built-in batteries reducing the amount of petrol or diesel you use? Read our latest reviews to find out.

Small SUVs are incredibly popular, and the Vauxhall Mokka-e electric car aims to tempt buyers away from conventionally powered rivals. However, the latest mild hybrids, such the recently updated Kia Stonic, are significantly cheaper to buy and could be a better choice for those who simply want to refuel less often. If you’re after something smaller, Hyundai’s i20 might be what you’re looking for. We’ve reviewed them all, so you can see which comes out on top in our lab and road tests.

Meanwhile, if you prefer premium German-brand large cars, we’ve tested the brand new BMW 4 Series Coupé, as well as the spacious Mercedes-Benz E-Class Estate. We also give our verdict on the updated Audi Q2.

Best cars for 2021 – our recommendations offer the most comprehensive advice, with our independent lab and road assessments on everything from fuel economy to reliability and how great a car is to drive. 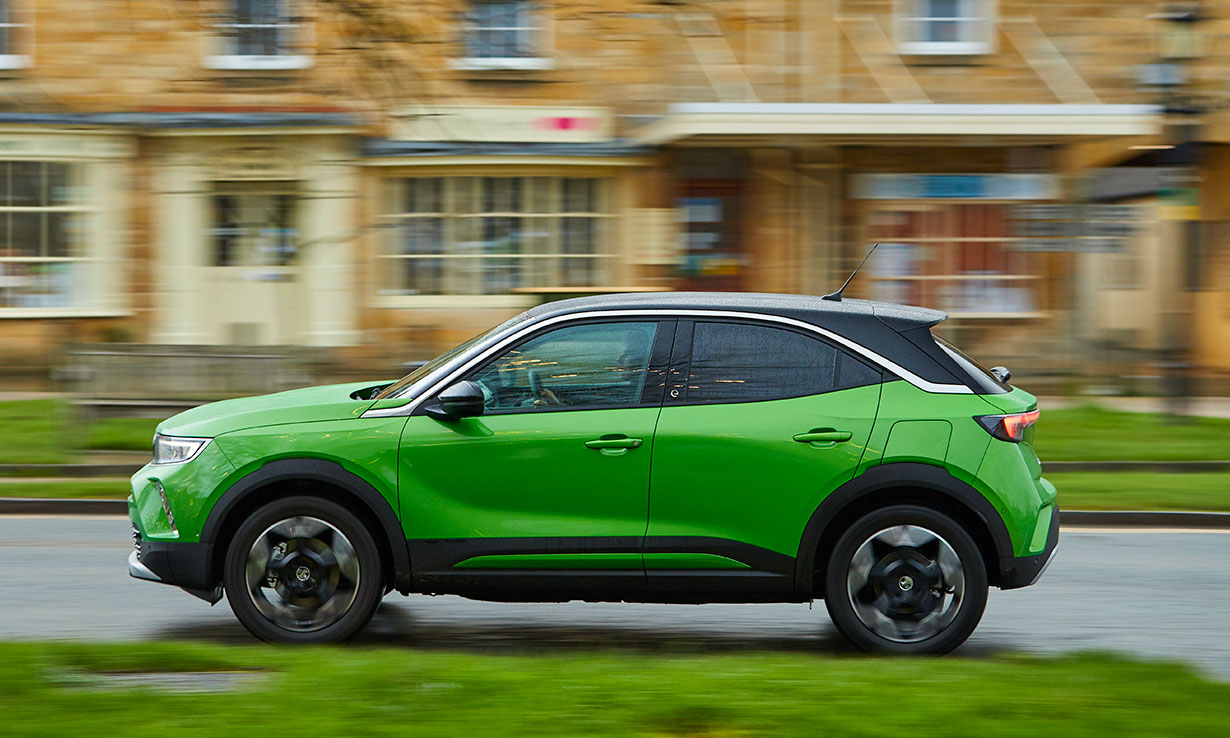 The Mokka is the latest car in Vauxhall’s range to be offered as an electric car, and it’s perhaps the most important with small SUV crossovers now the default choice for many family car buyers.

It certainly stands out from the crowd, with sharp new styling and a range of vibrant colours.

Under the hood, it shares much of its underpinnings with sister brand Peugeot’s e-2008, with the same 100kW (136hp) electric motor and 50kWh battery pack. Power goes to the front wheels through a single-speed automatic transmission. Vauxhall says it will get you up to 201 miles between charges from its 50kWh battery. Find out in our review if our independent tests back up this claim.

Could this be a sensible choice for your first electric car? We reveal if it lives up to expectations in our expert Vauxhall Mokka-e review. 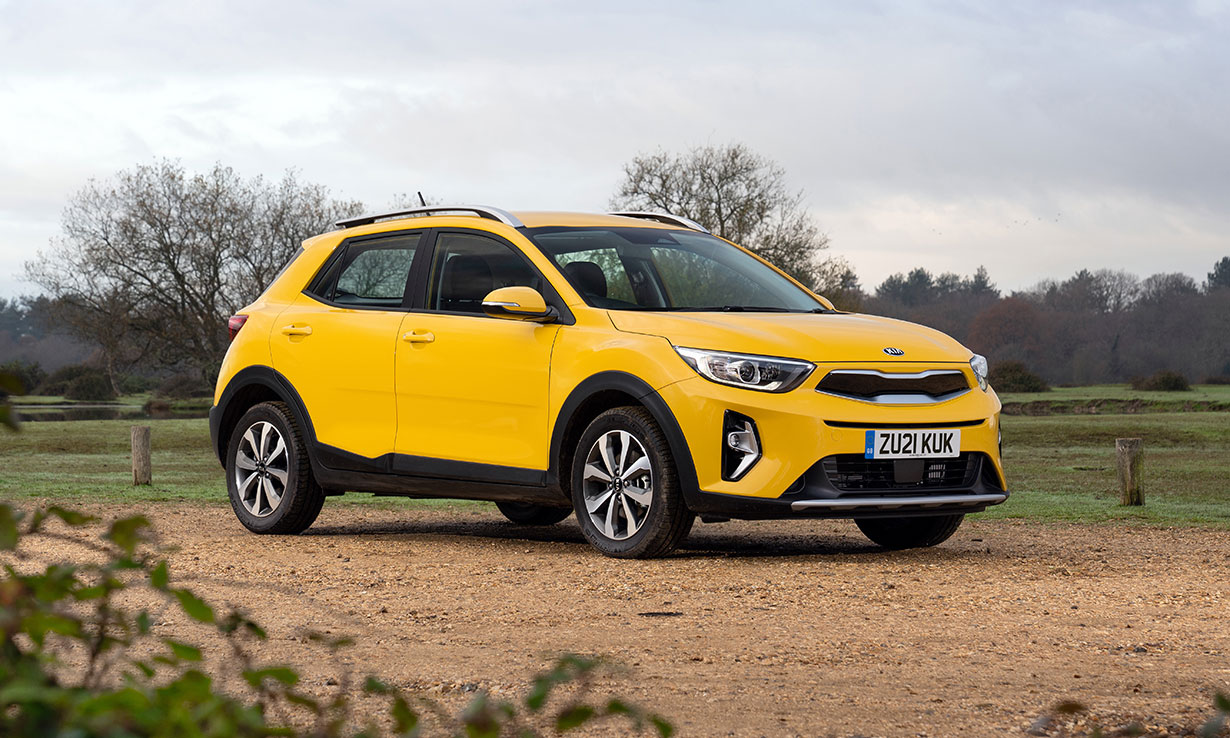 Originally launched in 2017, this rival to the Nissan Juke and Ford Puma was updated in 2020. We made the 2017 version a Don’t Buy for safety reasons, as Euro NCAP’s crash tests only gave it a disappointing three stars out of five.

The good news is that following this 2020 update, all models come with a safety pack as standard (previously this was available only on the First Edition model). The safety pack includes autonomous emergency braking technology (which applies the brakes to reduce the impact of imminent collisions) and a lane-departure warning system in case of drowsiness on motorways.

As a result, Euro NCAP has rated the updated car a full five stars out of five, so the car is no longer a Which? Don’t Buy. Just be careful to look for the First Edition if you’re buying a used pre-2020 model of this car.

The 2020 update also now offers its 1.0-litre petrol engine as a mild hybrid option with 120hp (compared to 100hp without). We’ve tested both engines, so you can compare them directly against each other. See whether the mild hybrid engine is worth it in our extensive Kia Stonic review. 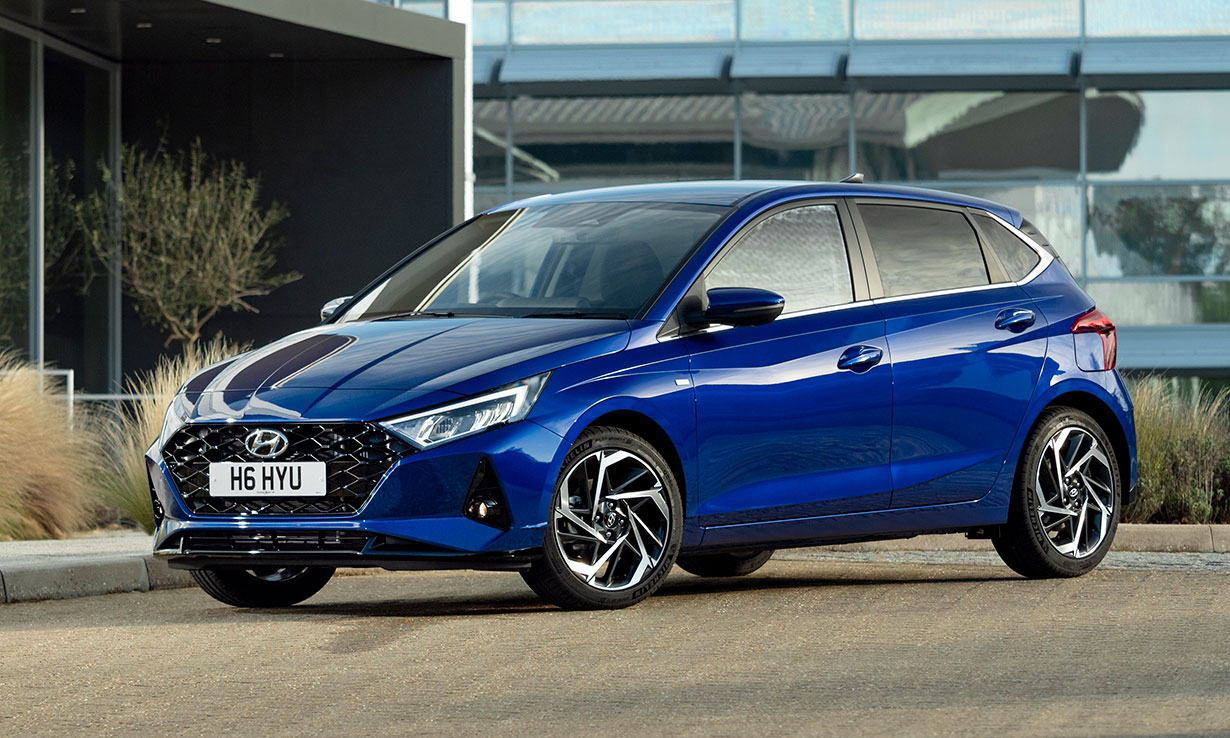 The Hyundai i20 is a Ford Fiesta rival. Interestingly, the regular i20 is offered only as a mild hybrid: a 1.0-litre turbocharged petrol engine, boosted by a 48-volt battery for a total power output of 100hp.

It’s a five-door hatchback that benefits from Hyundai’s five-year/unlimited-mileage warranty and decent equipment as standard. This includes alloy wheels, leather steering wheel/gear knob, heated mirrors, Bluetooth, air conditioning and an 8-inch touchscreen with smartphone integration on the entry-level model – an attractive-looking offer for the price.

So does the mild hybrid engine deliver, and is there anything to watch out for? Our lab tests and road driving assessments cover all bases. Read our Hyundai i20 review. 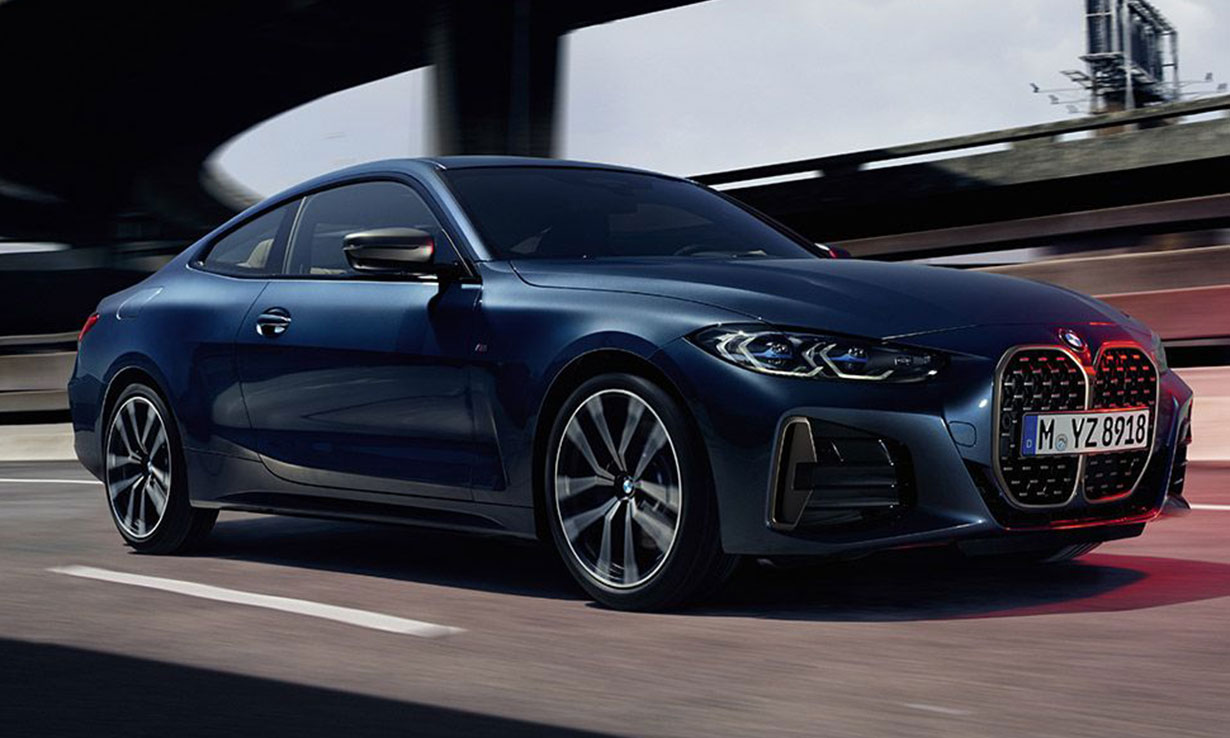 The October 2020 launch of the latest BMW 4 Series brought in a bold front grille that’s becoming a hallmark of the modern BMW range.

The 4 Series prioritises style, being the two-door sweeping coupé roofline variant of the 3 Series saloon, which is one of the most important models in BMW’s range (and was saved from the giant grille treatment).

Compared to the saloon, the 4 Series is also more performance-oriented, with a lower centre of gravity. It’s also 13cm longer compared with the previous 4 Series model. 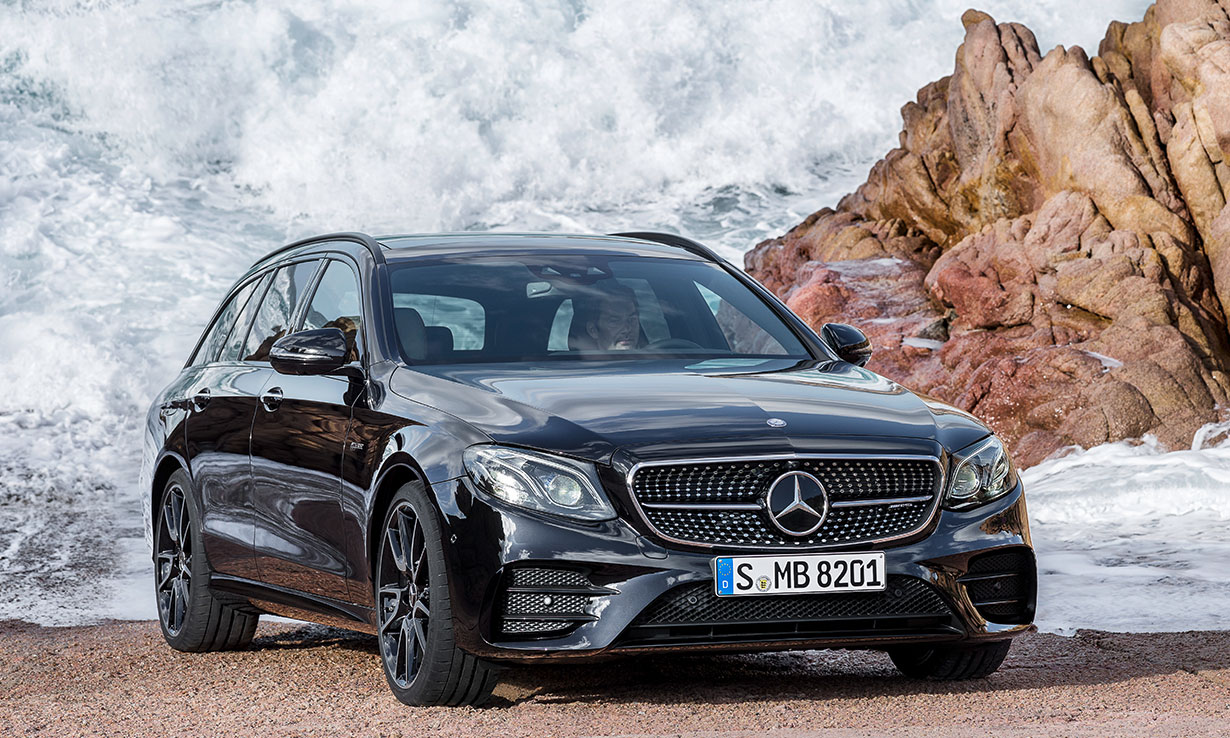 In terms of large premium cars, the Mercedes-Benz E-Class Estate is the polar opposite of the BMW 4 Series Coupé.

The E-Class Estate is a five-seater promising plenty of space for the family. It too was updated in 2020, four years after its launch, with a design that’s also in stark contrast to the 4 Series Coupé. Mercedes’ update has brought in much softer exterior styling, as well as a new steering wheel and revised engine range – apart from performance models, the range was exclusively diesels.

Now there is a petrol option that kicks off the range (2.0-litre 197hp), along with three diesel engines offering 193hp, 265hp or a muscular 300hp. There are high-performance AMG petrol engines available.

There’s also an unusual plug-in hybrid version that uses a diesel engine to give excellent fuel economy around town and on longer trips.

Pique your fancy? Find out what our experts thought in our Mercedes-Benz E-Class Estate review. 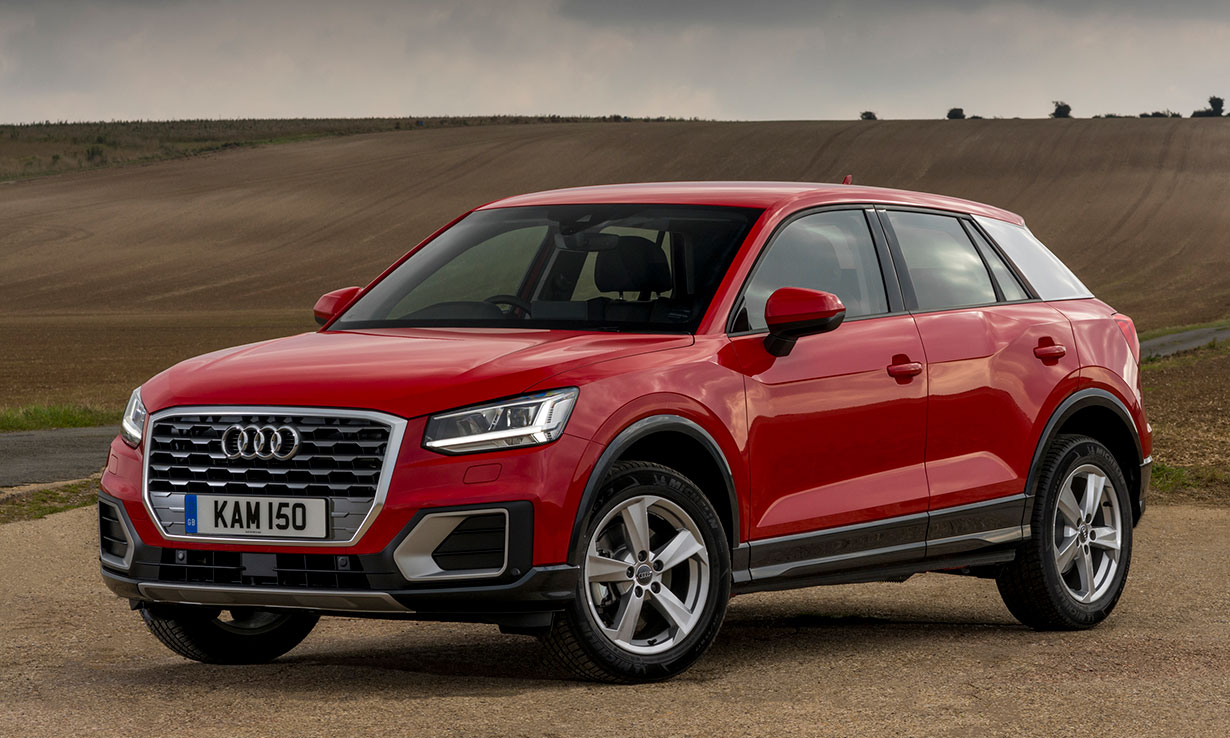 This is Audi’s smallest SUV, and it was updated in 2020 following its original 2016 launch. This brought in a revised exterior styling and engine range, as well as new equipment including LED headlights as standard, an electric boot lid and an upgraded 12.3-inch touchscreen on all but the entry-level model (which has a 8.3-inch version).

Audi’s taken a traditional approach with its engines, with even the new 2020 selection restricting you to pure petrol or diesel options. The diesels are both 2.0-litre and offer either 116hp or 150hp, and the three petrol engines range in power from 110hp to 150hp and the range-topping 190hp.

Does the lack of an electrified option mean it feels left behind, or does it make little difference?

Our experts give the definitive verdict in our Audi Q2 review.