The government has announced an overhaul to the way people pay for adult social care in England.

From October 2023, no one arranging support (such as home care or residential care) will have to pay more than £86,000 over their lifetime in care costs. Individuals with assets of less than £20,000 won’t have to pay anything towards their care from their assets. And those with assets under £100,000 will be eligible for some state support, up from £23,250.

Prime Minister, Boris Johnson, announced the changes in Parliament on 7 September with the introduction of a new ‘health and social care levy’ that he said would help fund the new care system and address financial challenges in the NHS.

From April 2022, National Insurance contributions and dividend taxes will increase by 1.25 percentage points. The Prime Minister told MPs the tax hike will raise almost £36bn over the next three years.

What is changing for social care funding?

How will the new means test work?

If your assets are:

You’re likely to pay your own care fees in full. But the maximum you will have to pay over your lifetime will be capped at £86,000. Once that cap is reached, your local authority will foot the bill. ‘Top-up fees’ (where individuals pay the difference towards a more expensive service) won’t count towards the cap.

If, during your care, your assets fall below £100,000, you’ll likely be eligible for some financial help to pay your care fees.

You may be eligible for some means-tested support from your local authority. You’ll be expected to contribute some of your income towards the cost of care, but if that isn’t enough, the government says that you will contribute no more than 20% of your chargeable assets per year.

You won’t have to pay anything for your care from your assets. However, you may still need to make a contribution from your income.

What is the current system in England?

If you’re assessed as needing social care before October 2023, the current system – with a less generous means test – will apply.

If your assets are above £23,250, your local council won’t help with care costs. And only people with assets less than £14,250 will receive full financial support. If you need to go into a care home, the value of your property may be included in the means test.

Find out more in our guide to Paying for Care in Later Life. 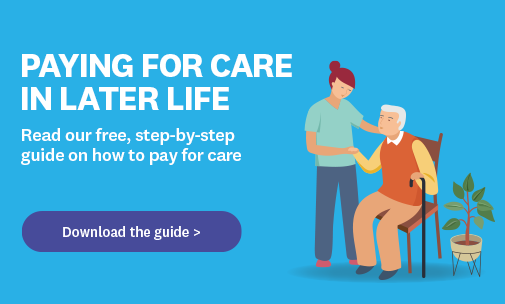 A social care funding shake-up has been long-awaited by older and disabled people and their families, who know how difficult navigating the current system can be. Unlike NHS healthcare, social care is not free at the point of use. Council funding is only available to those with the lowest means.

The NHS will sometimes cover the costs of care through a scheme called NHS Continuing Healthcare, but this is only for those with complex health needs and it’s difficult to qualify.

The eye-watering costs of care mean that older people are often forced to sell their homes to fund support in later life. When we surveyed Which? members in January 2021, selling the home was the main source of funding for 24% of those going into a care home. Many people describe the current system as ‘broken’ and ‘unfair’.

In 2019-20, the average cost of a residential care home for an older person in the UK increased to £672 a week. But how much you pay can vary greatly depending on where you live.

Demand for social care continues to grow as we all live longer. Social care requests in England have risen by more than 100,000 per year in five years, according to the NHS. Age UK estimates 1.5 million people in England don’t have access to the support they need.

What’s more, there are worrying staff shortages in social care. Care providers say they are struggling to recruit. This raises questions about the quality of care providers can offer to older people. 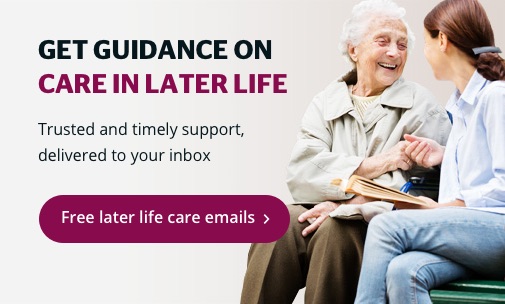 Why is change happening now?

The social care crisis is not a new problem. Successive governments have pledged to fix the system for decades. None has delivered on this promise so far.

But during the Covid-19 crisis, the social care challenge became impossible to ignore and pressure mounted on the Prime Minister to make changes. More than 39,000 care home residents died with the virus between 10 April 2020 and 31 March 2021 in English care homes, according to the care regulator.

The new cap on care costs will provide some reassurance and certainty for older people and their families arranging care in England from October 2023. And the more generous means test means that more people will be eligible to get some financial support. But some experts say the new measures fall short of the comprehensive reform that’s needed.

Anita Charlesworth, The Health Foundation‘s director of research, said: ‘With the cap set at £86,000, most people will be protected from catastrophic care costs, but those with modest assets and high care needs will still risk losing a high proportion of their wealth in future.’

It’s not yet clear exactly what costs will be included in the cap, but the government says that this will only apply to ‘personal care’ costs. This means that people receiving care may still face significant additional costs – such as food and accommodation costs in a care home, for example – which won’t count towards the £86,000 cap.

While the government says it will raise £36bn over the next three years from the National Insurance hike, the vast majority of this will be used to help the NHS recover from the pandemic, with only £5.4bn to be invested in adult social care over three years. Some leaders and experts in the social care sector have already raised doubts about whether this extra funding will be enough to help local authorities provide more and better care for those who need it.

More details on social care reform will be fleshed out in a White Paper later in the year. This is expected to include support for unpaid carers; investment in supported housing and other solutions to help people live independently at home; better professional development for care staff; and greater integration of the NHS and social care services. The government’s plan also includes a £500m pledge for social care workforce training.

Disappointingly for thousands of families already struggling with crippling care costs, the new means test and the cap on care costs will only apply for those starting in care from October 2023. This means that those already paying for care – or starting that process before 2023 – will get little help from the new measures.

Those already paying for care – or starting that process before 2023 – will get little help from the new measures.

Commenting on the announcement, Martin Green OBE, chief executive of Care England (a representative body for care providers), said he hoped that the changes would mean social care will be rewarded rather than playing ‘second fiddle’ to the NHS.

He added: ‘The sector needs help now especially after the many challenges that became even more acute during the pandemic. Recruitment and retention of workforce, our best resource, is the most urgent issue at present and it is vital that any long term plans can be brought into play alongside immediate measures.’

The new health and social care levy will apply across the UK, with funding distributed among the four nations. However, the £86,000 cap will only apply to England. Social care funding is different in the devolved nations.

You usually won’t qualify for local authority funding to cover your care home fees if your assets are more than £28,750. However, you may qualify for free personal care or nursing care in Scotland, regardless of your assets.

You will usually have to pay the full cost of your care if your assets are above £50,000. However, there is a cap on the amount you’ll have to pay for care in your own home (currently £100 a week).

Personal care in your own home is usually free if you’ve been assessed as needing it. But if you need to go into a care home, you’ll usually have to pay all the fees yourself if your assets are above £23,250.

[With additional commentary by Neil Higgins]

Do you have a safe and reliable carbon monoxide alarm in your home?