Traditional meat alternatives such as tofu, seitan and tempeh have been eaten for many hundreds of years, and even fungi-based Quorn has been around for a few decades.

But more recently there’s been an explosion in hi-tech plant-based meat and fish substitutes: products that go all-out to mimic the taste and feel of real burgers, fish fillets, bacon and more.

These alt-meats, from the Beyond Burger to ‘Zalmon’, are getting plenty of attention, but are they actually a healthy and sustainable choice?

We’ve looked into the pros and cons of the new breed of advanced plant-based alternatives, as well as the future potential of lab-grown and 3D-printed options. 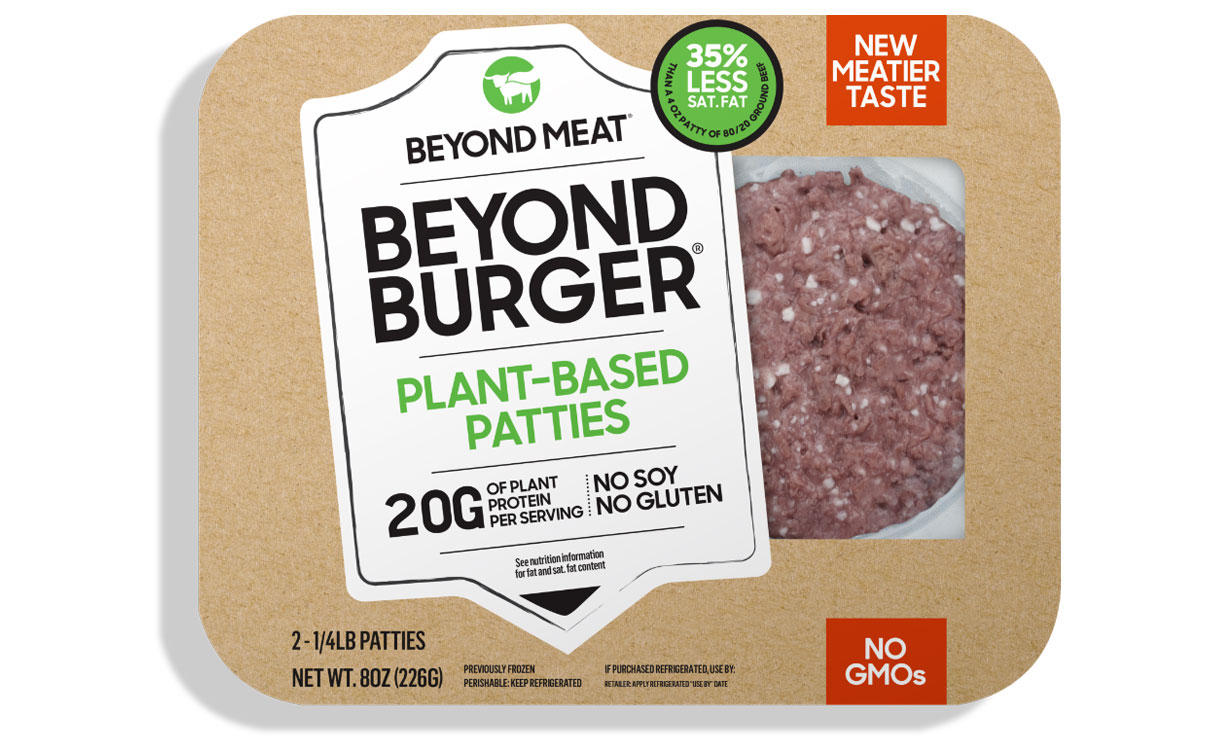 Supermarket shelves are now awash with plant-based convenience foods, including burgers, bangers, nuggets, pies and meat-free ready-meals, so swapping to veggie or vegan alternatives of your favourites is easier than ever before.

And while you can still get veggie burgers and sausages with recognisable veg in them, the focus has switched to products that mimic the taste and texture of meat.

Watch out for the health ‘halo’

It pays to take a closer look at the nutritional information before you convince yourself that a plant-based burger and chips really makes for a healthy dinner, though.

When we compared the nutritional profile of three big-brand plant-based burgers against a standard beef burger, we found that, while the plant-based options do tend to be lower in saturated fat and higher in protein and fibre, they can also be higher in salt.

One option – the Quorn quarter pounder – contains nearly twice as much salt, on its own supplying more than a third of an adult’s recommended daily salt intake.

Be aware of different nutrition profiles 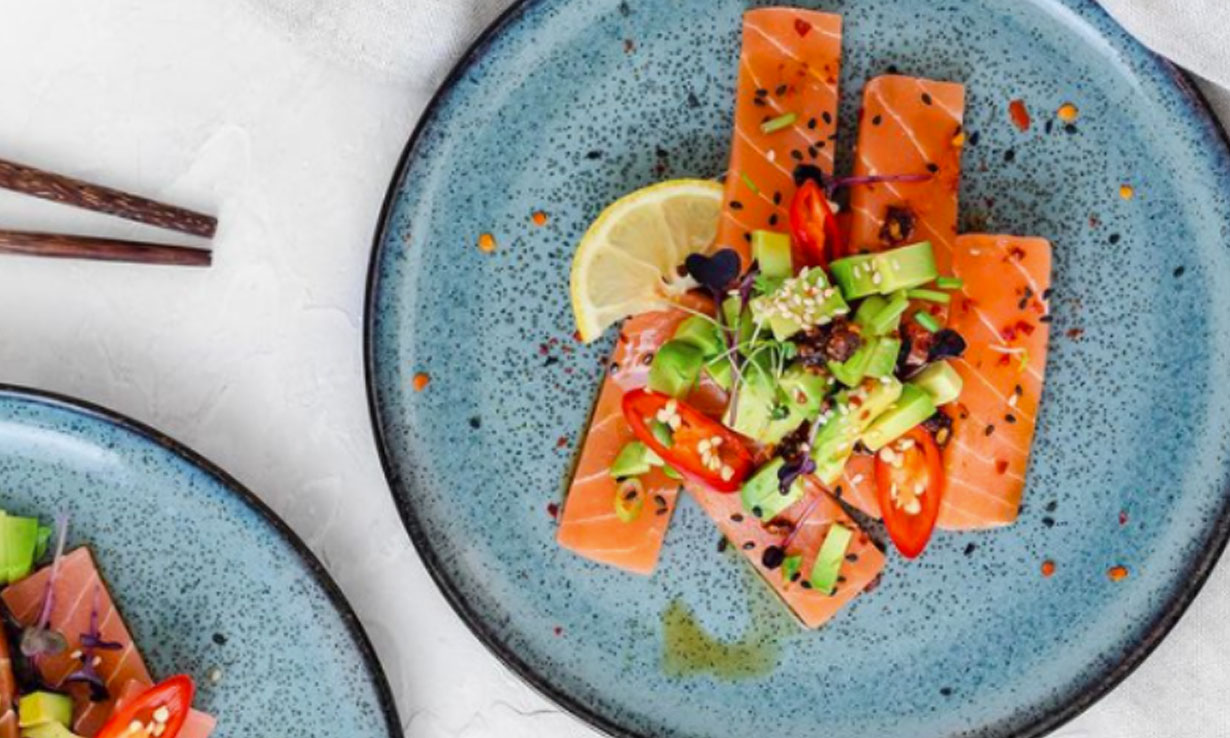 The nutritional profile of meat alternatives can be quite different to the real thing, so if you’re going vegan you’ll need to ensure you keep tabs on this and still get enough of essential nutrients.

When we compared a vegan salmon substitute to a standard fillet, the nutrient content differed considerably. While ‘Zalmon’ is much lower in calories, it’s largely carbohydrate based, with negligible amounts of protein.

Plant-based meat alternatives have their place, particularly if you’re trying to cut down on meat or fish consumption, but you’ll still need to use judgement about how they fit in with a healthy and balanced diet, and get to grips with differing nutrition content.

The picture is complex for sustainability too. Research indicates that virtually all plant-based diets are kinder to the environment than those heavy on meat, but within the world of pea, bean and wheat proteins, there are still some differences to consider.

See our full guide to plant-based meat alternatives for more on the different options, health and sustainability considerations, and how to cook them.

To find out which fish make for the most eco-friendly choices, head to our guide on how to buy sustainable fish

Is 3D printed and lab-grown meat the future? 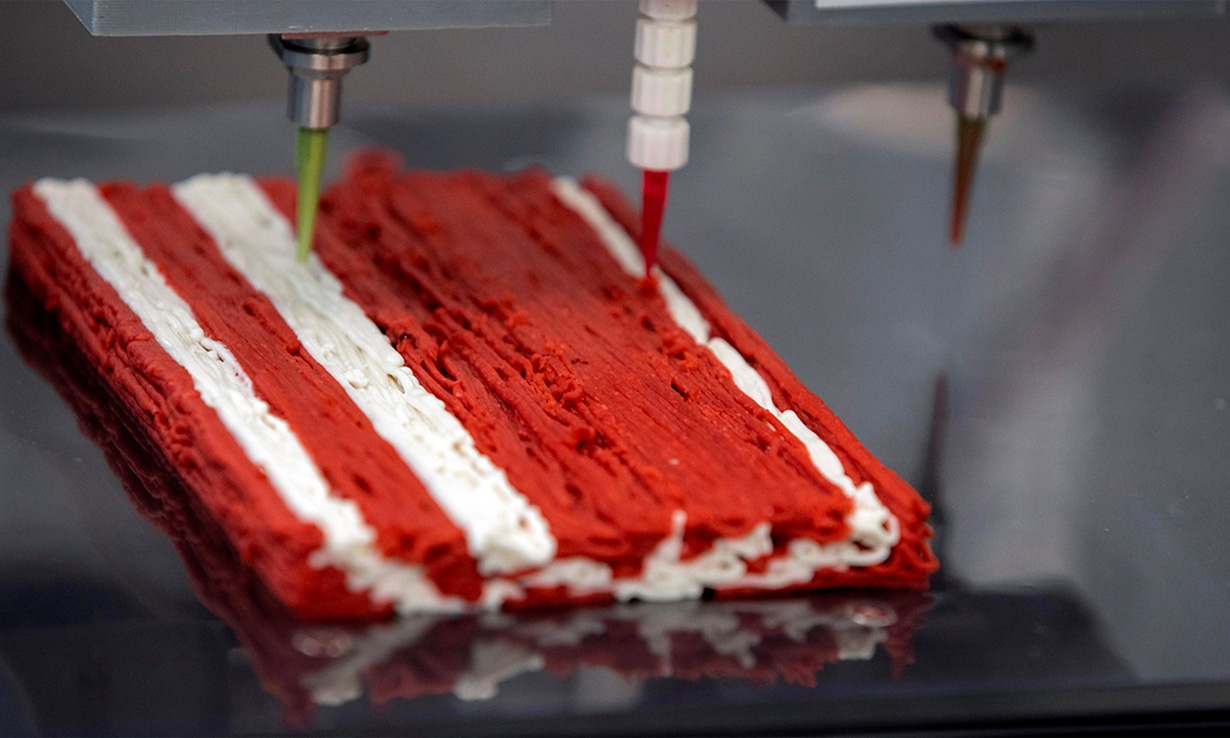 Plant-based meat alternatives have come a long way already – when we asked consumers to try meat-like vegan burgers and sausages in summer 2020, plenty said they’d thought the best made a convincing alternative to the real deal.

And there’s plenty of innovation ongoing. One is 3D-printed food, pioneered by Israeli companies Redefine Meat and Aleph Farms. It involves applying ingredients layer-by-layer, like a conventional printer does, but instead of ink, it uses a mixture of ingredients such as pea protein, chickpeas, coconut fat and beetroot.

The aim is to produce something that not only looks like a ‘whole cut’ of meat, such as steak, but also pulls apart and has the same mouthfeel as meat. 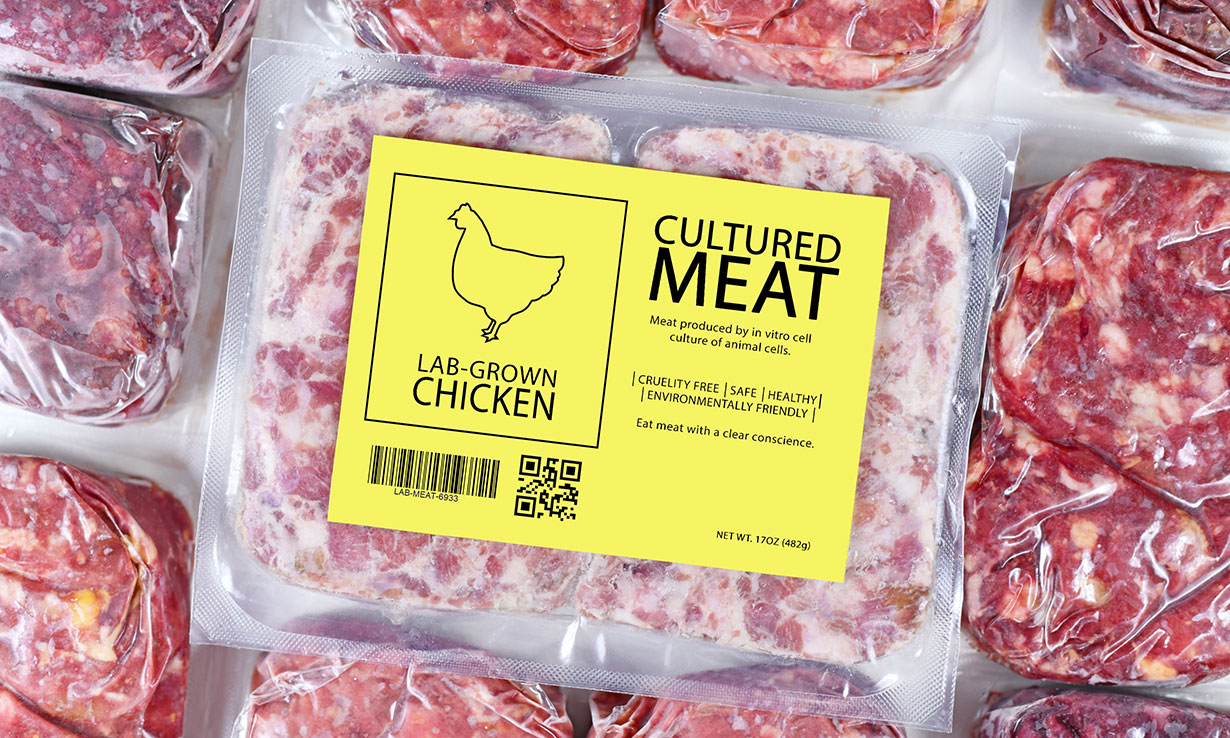 While 3D printing uses plant-based ingredients, cultured meat could offer the real thing, without the animals. In fact, it already does – in Singapore, lab-grown chicken nuggets are already available.

Animal cells are nurtured in a liquid growth medium in lab conditions, which allows them to develop into muscle and fat cells that are biologically the same as the animal they came from.

Eventually, these cells, supported by edible ‘scaffolding’, form tissue that can be fashioned into meat products.

In theory, many of the downsides of animal rearing, such as greenhouse gas emissions, land use and antibiotic use, could be hugely reduced with this methodology.

However, there are technical challenges around scaling price, and regulation – as well as consumer acceptance of a novel technology.

Find out more in our full meat alternatives guide.