How to buy the best beard trimmers and hair clippers

The best beard trimmers and hair clippers keep you looking smart and save a trip to the barbers.

Cutting your own hair or trimming your own beard can save you time, money and be a lifesaver if you can't make it to the barbers.

The best beard trimmers and hair clippers help you style with ease, but the worst will leave you with scruffy hair or a patchy beard. Some cut evenly, but are so imprecise that it's all too easy to take off more than you were planning on one side, leaving you struggling to even it up on the other side.

Don't risk picking up a dud – read on for our expert advice on how to buy the best hair clippers and beard trimmers.

Corded vs cordless trimmers and clippers: which is best?

Beard trimmers and hair clippers come in all shapes and sizes, some of which are easier to use than others. Ideally, you want a trimmer that feels secure and comfortable in your hand – this will give you more accuracy and make grooming seem like less of a chore.

When buying yourself a beard trimmer or hair clipper, you'll need to pick between a corded or cordless model.

You won't need to recharge a corded model, but you might find that the wire can get in the way and you’ll only be able to use it near a suitable socket. If it's flexibility you're after, a cordless model is a good choice.

On the plus side, corded beard trimmers and hair clippers are generally more powerful than wireless alternatives. This is because the battery isn't rechargeable and so won't lose power over time. You won't need to wait around for the device to charge if you're in a rush to leave the house.

You can manoeuvre cordless beard trimmers and hair clippers easily and use them anywhere you need to.

But you’ll have to remember to recharge them afterwards, or risk only having enough battery to cut half your hair or beard.

You should also bear in mind that models can vary quite dramatically in terms of both how long they take to charge, and how long the charge lasts. If you're prone to forgetting to plug one in, and needing a shave in a hurry, pick a device that charges fast so a 10 minute blast is enough for a quick whip-round.

However, most cordless beard trimmers and hair clippers have some kind of display or notification light to tell you how much power you have left, so it should be easy enough to keep track.

Choose a trimmer or clippers that will be versatile enough to cut your hair to the length you want.

Some models come with different attachments, while others have a built-in setting that changes the angle of the head to achieve different cutting lengths. The latter can be more expensive, but on the plus side you don't have to remember to pack several parts when you go away.

When shopping for a beard trimmer or hair clippers, keep an eye out for these key features:

With a range of combs at your disposal, you can accurately shape your facial hair or head hair. Each comb will have a measurement on it so you know how much hair will be left.

If you're buying a full kit, you'll get a selection of attachment combs included in the box. Using your beard trimmer or hair clippers without a comb will give you the closest cut.

Some beard trimmers use an integrated vacuum system to suck up and catch trimmed hair in a chamber. You can easily dispose of the hair when you're done.

Wireless beard trimmers and hair clippers run off a rechargeable battery. Check the manufacturer's claims so you know how long you'll be able to use it on a single charge.

If you're using your beard trimmer or hair clippers in the bathroom, this will give you some peace of mind. Check to see which support wet and dry use too, if you're likely to want to trim your body hair in the shower.

How much do beard trimmers cost?

With a beard trimmer in your bathroom cabinet, you can fix a scruffy beard if things start to look untidy.

Beard trimmers tend to be cheaper than hair clippers – even at the high end of the market, you could still be spending under £100. Some of the most popular beard trimmer kits from Braun, Philips and Remington are on offer for an enticing £20-£40.

Beard trimmer kits from Braun, Philips and Remington are on offer for an enticing £20-£40

If you want both an electric shaver and a beard trimmer you might want to consider an all-in-one product, but expect to pay more.

Most electric shavers come with a pop-up trimmer, but this is more for straightening up sideburns and cleaning up the hair between your upper lip and nose than for a full beard. If you think that's all you need, then read our expert electric shaver reviews.

How much do hair clippers cost?

The price of hair clippers varies greatly. A basic set might only set you back £10, but professional hair clippers can cost hundreds. BaByliss, Braun and Wahl all sell hair clipper sets for under £50.

BaByliss, Braun and Wahl all sell hair clipper sets for under £50

Factors such as brand, type and special features can all affect the price, so read on to find out what you should be looking out for.

Where to buy beard trimmers and hair clippers

Do your research before buying beard trimmers or hair clippers in-store and online. Pick a reputable seller and check the company's returns policy in case you're unhappy with your purchase.

The following online retailers offer a selection of beard trimmers and hair clippers:

With beard trimmer and hair clipper kits coming with various attachments, you may want to consider buying a separate container to store everything safely.

Generally, the more you spend on a grooming kit, the more attachments and accessories you'll be able to experiment with. You'll find this useful for fades and facial hair styles that require lots of maintenance.

Below, we've rounded up some of the more common types of beard trimmer and hair clipper attachments.

This attachment is used to make the finishing touches to your facial hair. You can use an edger or detail trimmer to neaten up your beard lines, or to trim sideburns, a goatee or your moustache.

This should be your go-to attachment if you're looking for a particularly close shave.

A foil shaver uses oscillating blades that sit underneath a mesh cover. As you run a foil shaver across your face, the blades follow the curvature of your skin.

Most grooming kits will come with a nose hair trimmer. If you have hair protruding from your nostrils and working its way into your mustache, use this attachment to tidy up.

Using a nose hair trimmer is far easier than attempting the task with a pair of scissors. Slowly insert the attachment up your nose, but don't force the head of the device too far. The grinding noise you hear from the attachment will tell you that it's removing hairs.

These work in the same way as a nose hair trimmer. The same attachment can deal with both jobs.

You can use a cleaning brush to remove hairs from the blades after use. Try to get into the habit of wiping down your beard trimmer or hair clippers after each use.

How to clean beard trimmers and hair clippers

If you want to get the most out of your trimmer or clipper, you'll need to clean and lubricate the blades from time to time.

Oiling the blades of your device is the key to preventing rust. It's a quick job, but can make a big difference in the long term. Add some drops of oil around the teeth of the blade, turn on your device and make sure the oil spreads evenly. Wipe away excess oil with a dry cloth.

Look out for products that come with lubricating oil and a cleaning brush in the box. Or, for even easier cleaning, choose a waterproof model that can be rinsed under the tap.

When you click on a retailer link on our site, we may earn affiliate commission. This supports our not-for-profit mission to empower consumers and in no way affects our recommendations. Find out more. 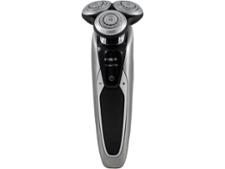 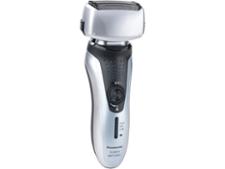 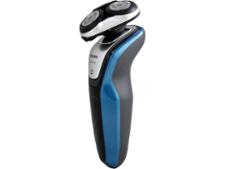