Should I buy a Lexus?

Lexus is Japan's premium car brand, but do its cars make a mark in the UK? Read on to find out whether Lexus is a brand worth considering
OT
Oliver Trebilcock
In this article

What a success story Lexus has been. Toyota created it back in 1989 as a luxury division to rival Mercedes-Benz in America, and it succeeded spectacularly.

Lexus might have had less impact in the UK, but its range of premium SUVs, saloons, coupés and convertibles has attracted a loyal following.

Just like parent brand Toyota, Lexus is famous for its hybrid models (the non plug-in variety). These combine a petrol engine with an electric motor and battery, which recharges itself as you drive, for instance when coasting or braking.

You refuel the petrol tank as you do with a conventional petrol car, and Lexus claims significantly improved fuel economy from the hybrid power – our real-world tests reveal if this is true in reality.

With its cars, including the Lexus RX and Lexus IS, you typically have a choice of a conventional petrol or a petrol-hybrid engine. That said, the hybrids are very popular and some models are only available as hybrids.

Interested to see what Lexus has to offer? Check out all our Lexus reviews here.

How reliable are Lexus cars?

Every year, we run an annual car survey where tens of thousands of people tell us about their current car and how reliable it is. Based on feedback from current Lexus owners, we have reliability data for new cars aged up to three years old, and also cars aged between three and eight years old.

Which? members can log in and use the table below to find out just how reliable Lexus cars really are. Not yet a Which? member? Join Which? to unlock all of our reliability ratings and our online reviews.

Find out how the reliability of Lexus compares to its rivals – check our car brand reliability tool.

How much do Lexus cars cost?

Lexus is a premium car brand, and prices tend to mirror luxury German brands such as BMW and Mercedes-Benz. However, it has a slightly smaller range of models to choose from, more in line with Swedish premium brand Volvo.

The Lexus range starts with the Lexus CT200h mid-size hatchback from around £25,000, which is Lexus’ hybrid-only rival to the BMW 1 Series and Audi A3.

Entry-level equipment tends to be generous as it aims to out-do its premium German rivals, and it promises the luxury you would expect from its pricing strategy – our professional assessments see if it delivers on these promises.

Lexus only offers petrol or petrol-hybrid cars, and most buyers will opt for hybrids with their promise of greater fuel-efficiency over petrol-only cars. Like most manufacturers, Lexus is also developing fully-electric cars, which we'll be trying out as and when they launch.

If you're looking to make the switch from a diesel, check our independent on-road fuel-economy tests in our Lexus car reviews to see if a Lexus hybrid could offer you the same efficiency.

After that, you’ll want to consider how large a car you’d like. The smallest car in the Lexus range is the Lexus CT200h medium hatchback, alongside the strikingly-styled Lexus NX mid-size SUV.

Larger cars include the Lexus IS large saloon, which is the brand's contender in the saloon class dominated by German models including the BMW 3 Series and Audi A4.

The large Lexus RX SUV, with the boldest design in the Lexus range, is one if its success stories with buyers. It’s been such a hit Lexus has even introduced a seven-seat version, the Lexus RX-L, to make it even more practical and appealing to family buyers.

Lastly, if performance and sleek design are more your priority, there’s the Lexus RC large coupé. This is essentially a two-door, sporty version of the Lexus IS saloon, which has set itself up against competitors such as the Mercedes-Benz C-class Coupé.

Now you know what Lexus offers, discover its best cars. Our independent tests go further than anyone else by assessing real-world fuel economy, emissions outputs and more – see our expert Lexus car reviews. 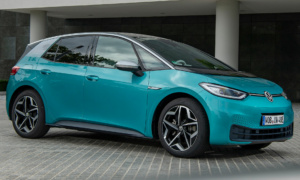 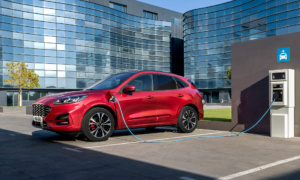 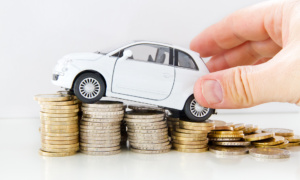