How we test mpg and emissions

Want to know a car’s real mpg and emissions, or the true range of an electric car? We reveal why official figures can’t always be trusted

Cars with the best mpg offer the greatest savings on fuel. Which? research has discovered that the price difference between the most and least fuel-efficient medium-sized hatchback is more than £800 a year – enough money for a holiday.

But the key to saving fuel is getting to the real mpg figures, because our tests show the advertised figures can’t usually be trusted.

Keep scrolling or use the links below to find out more about official tests and how they've been updated, details about Euro emissions tests, plus more details on how we test a car's mpg and emissions:

Which? car tests discover not only a car’s true mpg, but also how reliable it is, the usable boot and passenger space, and how easy it is to drive. Find a brilliant new or used car – we reveal the best cars.

How Which? finds a car's real mpg

Some rival publishers only show the manufacturer’s official mpg figures in their car reviews, and some now offer a limited number of real-world figures. But we show our own realistic mpg data for every car we’ve reviewed.

That’s currently more than 800 vehicles, and we test around 100 new cars every year.

£800+The difference in annual fuel costs between the most and least efficient medium-sized cars, as revealed by Which? tests

As with the official cycle, the Which? fuel economy test is carried out on a rolling road in a lab. This simulates wind resistance and allows the test to be repeated in the same way in the exact same environment, as we use the same lab for each car test.

We also have a motorway-driving cycle where we accelerate up to, and sustain, motorway speeds. This cycle catches out a lot of cars that are efficient at low speeds but burn a lot of fuel on the motorway.

If you do a lot of miles, remember to check out the motorway mpg figure that we publish in every one of our independent, expert car reviews.

Our car tests are realistic

We also set the conditions of the test to be as realistic as possible:

Finally, we don’t adapt our results in any way at the end of our procedure. What you see in our car reviews is what you get.

Whatever your need, our independent tests reveal the full picture: how fuel-efficient, reliable, easy to drive and comfortable cars really are. To help you find the best new or used car at the right price, see our round-up of the best cars.

What about hybrid cars?

Hybrid cars are subject to the same test cycles so that we can compare them directly with their petrol and diesel counterparts.

The test is conducted with a 60-70% state of charge displayed on the on-board computer.

We start each test cycle with a full battery charge and continue to repeat them until the state of charge drops below 50%, taking a measurement of the electric energy supplied for charging. We then conduct the same cycles with an empty battery once. Our calculation then takes all of these factors into account.

How does Which? test electric cars?

Electric cars are tested slightly differently. We use a test cycle that combines the WLTC cycle, and our own motorway cycle.

Before the test, the car is charged to full capacity and, just like other vehicles, the air conditioning is set to 20 degrees and daytime running lights (or low beams) are on throughout the cycle.

Through repeat tests, we are able to work out a realistic range that an electric car can travel.

The graph below reveals the tested ranges for all electric cars we’ve tested so far.

Can't see the results? Which? members can log in to reveal the cars. If you're not yet a Which? member, you can join Which? to unlock these results and all of our independent, expert car reviews.

Thinking of buying an electric car? Choice might be limited, but the worst models are both expensive and impractical. To see which battery powered motors we recommend, head for our round-up of the best electric cars.

What about car emissions?

In the same test, we collect air-polluting emissions data. This is the quantity of exhaust emissions - such as oxides of nitrogen (NOx), carbon monoxide (CO), hydrocarbons (HC) and particulate matter (PM).

Any vehicle that produces a very large amount of air pollution in our tests cannot be a Best Buy car.

Volkswagen was caught out in September 2015 by employing a ‘defeat device’ in its diesel cars to dupe US tests over NOx emissions. This has become known as the VW emissions scandal, or ‘dieselgate’.

To find out which cars are the most, and least, polluting, go to our car emissions guide.

How we stop manufacturers from cheating our tests

To stop any manufacturer confusing our tests, whenever we are suspicious of the NOx emissions we record in the lab we now run additional test cycles using a Portable Emissions Measuring System (PEMS). This will expose any car that switches to a more economical running mode if it detects it's in a lab.

The PEMS device is placed in the car, and the emissions are recorded while driving on real roads. We then compare this NOx emissions data with what we recorded in the lab and penalise any cars that have an incredibly high real-life reading.

While this is a realistic way of testing cars, we couldn’t replace our lab testing with PEMS testing alone. Being outside the lab, we are not able to control factors such as temperature or road conditions that can affect the result. So results from PEMS are not directly comparable with each other, unlike our lab tests.

Problems with claimed mpg from before September 2017

Every time a car manufacturer launches a new car, they are required to publish fuel economy figures (usually expressed as miles per gallon - mpg) and exhaust emissions data (air pollution). These are the figures you tend to see in adverts and brochures.

Both the mpg and air pollution figures from cars that were released before 1 September 2017 came from the previous European Commission test protocol - the NEDC (New European Driving Cycle). But don't be fooled by the word 'New' in the name - it hadn't been updated since 1997 and the basis of the test was first introduced in the 1970s.

The old rules allow manufacturers to arbitrarily knock 4% off the results at the end of the cycle.

The test’s numerous loopholes and lack of real-world driving scenarios make the figures it generates unachievable when you actually get behind the wheel of a car.

Here are some of the most notable:

Then this all changed. With support from our own 'Come clean on fuel claims' campaign, brand new generations of cars released after 1 September 2017 (and those that undergo significant facelifts), are subject to a new, tougher protocol - the WLTP (Worldwide-Harmonised Light vehicles Test Procedure).

All remaining new cars have had to go through the WLTP as of 1 September 2018.

The WLTP is a positive step forward, as it's a more challenging and realistic test, and similar to one that we has been using for years as part of our independent research into fuel economy and emissions.

The toughness of the test should help produce more realistic fuel economy figures. Also, according to the NGO, Transport and Environment, the new test’s conditions will also close the old loopholes that manufacturers could have exploited in the past to gain better results (scroll down for what these loopholes were).

But whereas the old NEDC measured both fuel economy and emissions, the WLTP only measures CO2 output and fuel economy. Emissions will be measured by the new Real Driving Emissions (RDE) test.

Unlike the WLTP, which is carried out in a lab to ensure comparable results, RDE tests take place outside and are measured using a PEMS machine (Portable Emissions Measurement system), as shown in the picture above.

Similar to WLTP lab tests, all brand new generations of cars released after 1 September 2017 are RDE-tested. All other new cars won’t have to be RDE tested until 1 September 2019.

There are two stages of RDE tests:

Currently, all new diesel cars sold today must emit less than 0.08 g/km of NOx in lab tests to meet the latest emission limit (known as Euro 6).

But new RDE tests will initially allow a conformity factor (CF) of 2.1. This is RDE 1.

Cars that meet these limits in official tests are designated Euro 6d-temp.

We've now tested a number of Euro 6d-temp cars, and our independent lab results show that most do emit a much smaller amount of emissions.

You can see which are the cleanest and dirtiest diesel cars we've tested by heading to our page on cars that produce the most and least amount of NOx.

In 2020 the conformity factor changes to 1.5 (so up to 50% above the actual limit). This is RDE 2. All new generations of cars will have to meet this limit from January 2020, whereas all other new cars sold will have until January 2021 to comply.

A conformity limit of 1.5 means cars will be able to emit up to 0.12 g/km in RDE tests and be declared legal to be sold.

Cars that meet these limits in official tests will be designated Euro 6d.

Are conformity factors too lenient?

While the conformity factor does seem lenient, manufacturers may not have it easy.

From our own lab-based tests, the amount of NOx we’ve measured from cars that officially meet Euro 6 is 0.24 g/km. This is exactly twice as much as the new 2020-21 limit, and it's still noticeably more excessive than the 2017-19 limit.

Initial results from our own lab testing show that RDE and WLTP is starting to bring about more realistic emission and fuel economy figures – but how more much more realistic they are remains to be seen.

Top cars for 2020
Petrol vs diesel cars: which is better?
How to buy the best new car
Low emission cars
All guides about new & used cars 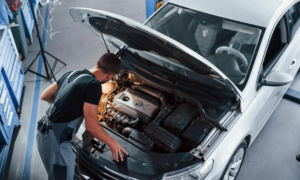 Were you overcharged for fuel during lockdown?
07 AUG 2020

How we test cars

Top cars for 2020
Petrol vs diesel cars: which is better?
How to buy the best new car
Low emission cars
All guides about new & used cars

Were you overcharged for fuel during lockdown?
07 AUG 2020