The best way to record TV

Discover the differences between PVRs, DVD recorders and smart TV PVRs to help you choose the best digital TV recorder for you.

The VCR may be dead, but that hasn't stopped us from finding new ways to save our favourite shows.

There are now more ways to record TV than ever before - and none of them require maintaining a cupboard full of video tapes.

Our guide will help you weigh up your options, make sense of the jargon and find the device that's best suited to your needs.

PVRs are straightforward devices that let you record from Freeview channels onto a built-in hard drive. Here's a quick breakdown of everything you need to know.

Not all PVRs are created equal. Find one that looks and sounds great, and is easy to use in our Best PVR guide.

A DVD recorder (sometimes known as a DVDr) records TV programmes onto a recordable DVD disc. However, a DVD disc can usually only hold between one to four hours of footage. If you’re intending to use it as your main TV-recording device then buying one with a built-in hard disk is probably the most sensible option.

They were popular for a time, but have seen a sharp decline in the number available over the past ten years or so. With PVRs and on-demand content so popular you'll likely struggle to find a new model to buy, and we don't test them, either.

PVR/DVD recorder combis combine the hard disk storage capacity of a PVR - typically 250 hours, or 125 in HD - with the option to transfer your favourite recordings onto DVD if you want to keep them for a long time or share them with others. This is ideal if you want the best of both worlds but, much like with DVD recorders, they're something of a rarity nowadays.

They’re generally more complicated to use than a good standalone PVR. So if both a PVR and a DVD recorder are required, we would recommend buying two separate devices, unless space is an issue.

How to turn your TV into a PVR

In some cases you may not even need to buy a PVR - some modern smart TVs have a PVR function built-in. To make use of it you'll need a USB hard-drive or memory stick, which then plugs into one of the USB ports on the TV.

You'll only be able to record broadcasts that are received locally by the TV's built-in Freeview or Freesat - that means it won't be able to record anything off of an external device like a Sky set-top box or an Amazon Fire TV Stick.

£50The typical cost of a 1TB external hard-drive - far cheaper than a PVR of the same size.

You'll also be restricted by the number of tuners built in to the TV. If it has just one then you'll only be able to record the same show that you're watching. Two means you'll be able to watch one show whilst recording another. The upside, though, is that you're not confined to the hard-drive size imposed upon you like when you buy a standalone PVR - you can attach any sized drive you want, and they're much cheaper, too.

Now that you're up to speed, take a look at all of our Best PVRs and set-top boxes. 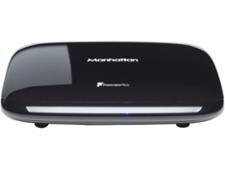 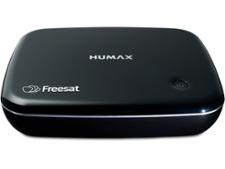 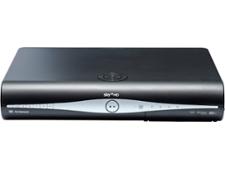