Listen to your favourite radio programmes at any time that suits you with the flexibility of an internet radio. Here are some of the best available.

An internet radio gives you greater freedom than a standard radio, with more radio stations and more features at your fingertips.

We’ve picked out the very best radios from our expert testing, ideal for different uses and with a range of functionality. They all have sensational sound quality and are easy to use, giving you the best possible listening experience. Underneath, we've also highlighted an inferior internet radio so you know what not to buy.

Only logged-in Which? members can view our recommendations in the table below. If you're not yet a member you can get instant access by joining Which?.

One of the very best internet radios on the market, this British brand DAB+/FM/internet radio launches radio design into a new era. Not only does it bring sensationally warm, crisp and entertaining stereo sound to whatever you’re listening to, its premium real-wood finish and full-colour screen make it a highly stylish package. Its feature-packed as well, with Bluetooth, NFC, aux in and RCA sockets to connect to your services, a handy USB port for charging your smartphone, Spotify Connect music streaming built-in and even multi-room support to combine the radio into a wider speaker sound system. Find out the full details of this incredible radio in our extensive review.

For those who love a highly connected radio, this stylish-looking radio has a modern full-colour 2.4” LCD display, a remote control and a smartphone app-style interface. You can play audio from your smartphone via Bluetooth, plus Spotify Connect’s built in. It’s a very pleasing package – read our full review to find out how great it sounds and its full range of features.

And here's one to avoid

Beware that internet radios can get very expensive, some with a seemingly endless array of features. When you are paying hundreds for a radio, you’re often no longer paying for better sound quality but just a wider range of features, such as a live radio record function or a CD player. Make sure you don’t pay more for things you don't expect to use.

Spending more is no guarantee of excellent sound quality and ease of use, so be sure to check our reviews to avoid an expensive mistake.

One of the worst internet radios

Internet radios can come in all shapes and sizes, from tabletop ones that are perfect for the kitchen, bedroom or living room, to portable ones you can take out and about. The most important thing to consider is where you want to use your internet radio. Some with a well-placed snooze button will be great next to your bed, and it's likely you'll need a battery-powered portable one if you want to listen in the garden.

The power of the internet means internet radios can theoretically have superior sound to DAB or FM radios - although in our tests, we've found the choice of radio is much more important for sound quality than the way you listen. With an internet radio, you're also not limited to radio stations broadcast locally – you can listen to radio from all over the world.

For more on DAB radio features to consider, see our how to buy the best DAB radio guide.

Smart speakers are internet radios too

Don’t forget that modern smart speakers can also be used as internet radios, and they can even be cheaper than a traditional internet radio.

For example, just say: ‘Alexa, play Radio 4’ to get started.

Some smart speakers, such as the Amazon Echo Show, can also be controlled through their in-built touchscreen if you prefer, as well as with your voice.

Many smart speakers have scored well in our tests, so give you more options to consider when looking to access internet radio.

See our full list of smart speaker reviews to find a model for you, with great-sounding ones starting from only around £90.

If you don’t mind not having a dedicated device, or want to see whether internet radio is for you before spending any money, you can access internet radio through apps on a mobile device, a web browser on your computer, or through media players such as Windows Media Player.

You can download apps to your mobile device for free that will give you access, such as BBC iPlayer Radio, Radioplayer and TuneIn Radio. Many of these apps (as well as the websites of radio stations) will also let you catch up on programmes from the last week or month.

See our guide to internet radio for more information on what it is, its benefits and how to listen. 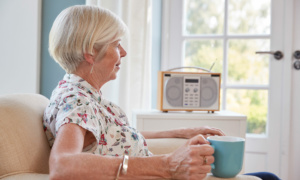 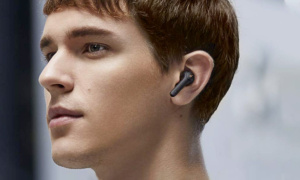 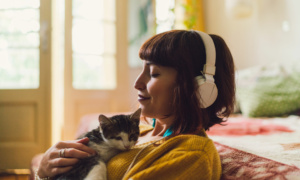 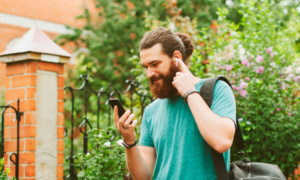 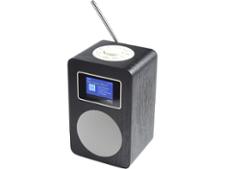 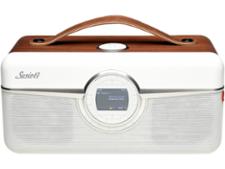 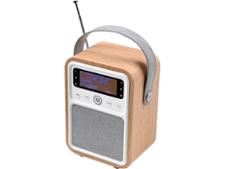