Confused between belt-drive and direct-drive? Unsure about the tonearm? We explain all you need to know about record players.

Looking for a great record player to buy? We do things properly - our best record players and turntables have undergone thorough testing by our professional lab and dedicated listening panel with decades of experience between them.

The tonearm rests on it when the record player is not in use.

When a record player is automatic it moves the tonearm on and off the record automatically, so you don’t have to touch it. Pressing the start button will activate the tonearm, meaning little effort is required to play your records.

The base isolates the turntable from vibrations and conceals all the internal components of the record player. It is most effective if made out of heavy material, such as wood.

These models have an independent motor driving the platter, which is connected via a rubber belt.

A cartridge converts the vibrations picked up by the stylus into electrical signals that are then fed through the phono output and out to the speakers, where they are converted into sound. There are many types of cartridge available but the most common are standard-mount or p-mount, ceramic, moving magnet (MM) or moving coil (MC).

This fastens the record in place using the hole in the middle of the vinyl.

An adjustable weight that determines how well your stylus sits on the record as it plays, allowing you to change the force the stylus applies to the record.

Allows you to smoothly raise and lower the tonearm from the record surface.

These models are driven by a motor which is directly attached to the platter. This means they start up more quickly than belt-drive models.

See 'Wow and flutter' below.

Turntables that do not have a built-in preamp need grounding. These turntables have a cable (the grounding wire) that needs to be attached to the back of your preamp. This prevents an undesirable humming sound.

This connects the cartridge and stylus to the tonearm.

This is the most basic type. A manual record player has a manual tonearm, meaning you will have to move the tonearm yourself in order to place the stylus on the record to make it play. You will also have to remove it when the record ends. This can be tricky, as you need to avoid scratching the record, otherwise its sound quality will be affected.

The mat grips the record as it spins, providing a soft surface for it to sit on. It’s also designed to isolate vibrations from the turntable motor.

'Phono' is short for phonograph, the older name for a turntable, and 'preamp' is short for preamplifier. A record player will produce a phono output signal that needs to be converted to a line-level signal (otherwise known as an aux/auxiliary signal) in order to work with audio equipment such as speakers or a computer. The phono preamp converts this phono signal to a line-level signal, so the record player can reproduce the sound.  ‘Phono preamp’ is often shortened to just ‘preamp’.

These terms refer to the same technology as achieved by a phono preamp (see above). The terms are often used interchangeably. What is carved into the record’s surface needs to be adjusted before the signal can be read correctly by other audio equipment, with the purpose of a phono preamp being to both amplify and equalise the signal. Note that the signal corrected by a preamp will still need to be amplified further (by amplifiers regularly built-in to other audio equipment, or a separate amp) before it’s ready to be listened to – see our guide on how to buy the best turntable for more information on how to set up your player.

The control that allows you to adjust the speed of the spinning platter, usually measured as a percentage. Different turntables have different pitch settings.

This is where the record sits, and it's powered by the motor, turning clockwise. This allows the stylus to follow the grooves in the record.

An electronic device which takes an audio signal from the record player and converts it into a signal ready to be amplified and played through speakers or headphones. For more information, see ‘phono preamp’ above.

A unit combining a turntable, tonearm and cartridge, as well as an amp and speaker. However, this term is often used interchangeably with 'turntable'. It is also sometimes shortened to just ‘player’.

This refers to the number of rotations the record makes in one minute. Records are recorded to be played at one of three pre-set speeds – 33rpm, 45rpm and 78rpm.

This determines the amount of rotations per minute that the platter will spin at. You’ll need to adjust the speed depending on the record - 33rpm and 45rpm are most common, but some also spin at 78rpm.

A button that starts/stops the motor.

This follows the grooves of the record as it spins. It picks up sound waves via vibrations, which are converted to electrical signals by the cartridge.

This connects the counterweight to the stylus and guides it along the grooves of the record.

A turntable is a separate piece of record replay equipment. However, this term is often used interchangeably with the term 'record player'.

This allows you to transfer your record collection to a computer for storage and backup. USB record players can be plugged into your computer, and most come with the software you need to help you edit and organise your music as you record it.

These are technical terms used to describe how the analogue parts of a turntable reproduce the sound from the vinyl record. Many turntables aren't quite able to spin the record at a perfectly uniform speed, leading to discernible rises and falls in the pitch of the sound as the record plays. Often the effect is minor, not bothering most listeners, and many find it pleasing to the ear (since it is an analogue effect) as a quintessential 'record player' sound. Wobbles in low frequency pitch (such as the bass) are most common, and are called 'wow'. Fluctuations in high frequency pitch are known as 'flutter' - these are rarer, and are often considered more of an issue, as they tend to affect important foreground parts of the music like vocals and strings. 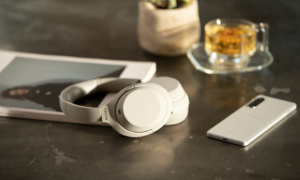 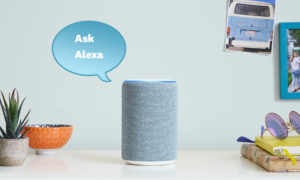 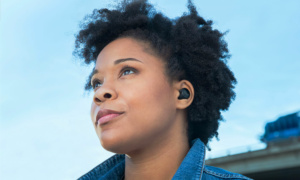 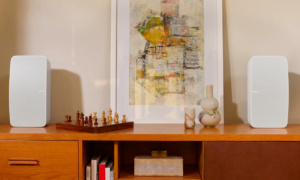 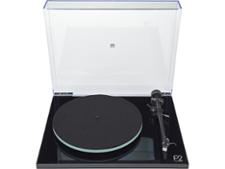 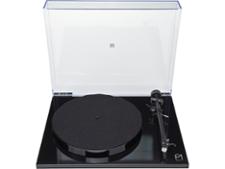 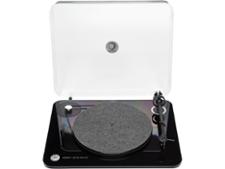 See all record players and turntables