Not sure what Wi-Fi 6 is or what devices support it? Read our guide for everything you need to know.
Hollie Hennessy
In this article

Wi-fi 6 is the latest standard of wi-fi. Similar to how mobile broadband has progressed from 3G, through to 4G and now 5G, wi-fi is evolving in an effort not to be left behind. In techy terms you might have noticed technology progress from 802.11n (now known as Wi-Fi 4) to 802.11ac (now Wi-Fi 5) and now to 802.11ax technology, which will be displayed on devices as Wi-Fi 6.

The maximum data speed you’ll get with Wi-Fi 6 is higher than ever before. Far higher. Though based on predicted optimum speeds, which you’re admittedly unlikely to ever see based on everyday use, the table below gives some indication of how wi-fi technology has advanced.

Wi-fi 6 devices will operate in the same bands (2.4GHz and 5GHz) and channels as Wi-Fi 5. The improved performance is based on a technology designed to optimise the use of multiple devices, both indoors, outdoors and in crowded environments. Brace yourself for some rather confusing sounding terminology.

Wi-Fi 6 is ideal for areas with lots of connected devices. Compared with other wi-fi standards, Wi-Fi 6 is best equipped to deal with a heavy load, in a busy location, which means it’s ideal for both public wi-fi and a connected home.

On average in the UK, there are 3.5 connected devices per person, according to a study by Google called the Connected Consumer Survey. From this, they’ve created the Consumer Barometer, a tool which is designed to help people understand how the internet is used globally. With the rising popularity of IoT (Internet of Things), devices such as smart light bulbs, smart home hubs, smart locks and many more, not to mention wi-fi capabilities in devices such as cameras, ebook readers and stereos, it’s no surprise that our homes are more connected, and more demanding of capable wi-fi, than ever before. Wi-fi 6 capabilities will help with a growing number of connections, especially IoT devices.

What are the benefits of Wi-Fi 6?

All of the new technologies available with Wi-Fi 6 will significantly improve performance, essentially due to efficient and advanced technologies.

To put it simply, imagine you’re waiting in line for your coffee in the morning, there’s a load of people and only one barista – it’s going to result in congestion, and slow service, especially as you all have to tell her what you want one by one.

Now imagine, instead of the single person serving, you’ve got an octopus behind the counter instead. It can quickly serve multiple drinks at once, to multiple people. That’s Wi-Fi 6.

The combination of OFDMA and MU-MIMO (explained above) mean Wi-Fi 6 is far more able to deal with multiple devices at one time, simultaneously, rather than in succession. This improves efficiency, delay and throughput, resulting in faster speeds thanks to less interference and traffic. In addition, transmit beamforming works with this to give faster speeds at further range, seeing as the signal is directed at specific devices.

1024-QAM means that throughput has increased by 25% compared to Wi-Fi 5. This will improve speed on an individual level but also is going to be a huge benefit in densely populated areas, where there’s a need for a high performance with lots of devices. This will be ideal for public spaces such as music and sport venues, airports and train stations. There are also improvements in data speeds and signal encoding, which means there can be more data sent in a single transmission – which equates to about a 20% increase in speed. These two improvements together will see up to a 40% improvement in speed.

One of the major, and perhaps less obvious, benefits of Wi-Fi 6 is better performance with battery life. Target Wake Time means that your router can essentially tell your device when it should sleep and when it should wake and send or receive data. As your devices won’t constantly be using their wireless capabilities, searching for a signal, connections will be much more efficient, resulting in less power use – with the added bonus of less interference between devices and freed-up bandwidth.

At this point you might be asking, ‘when can I get Wi-Fi 6’? Currently there are a few routers and mesh systems that support it, though you’ll have to turn to third-party brands as opposed to your internet service provider, at least for now.

Not yet. We contacted the ‘big four’ broadband providers and none of them have any Wi-Fi 6 devices to announce. We’ll update this guide as and when we hear more.

At the time of writing, the following devices support Wi-Fi 6:

While this might seem underwhelming, Wi-Fi 6 is very new, and will predictably roll out to more and more devices over time. For now, if you want to get the benefits from Wi-Fi 6, you’ll have to have both a device and router that support it, although old devices will work with Wi-Fi 6 routers if you want to plan ahead on your next router purchase. 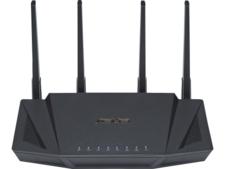 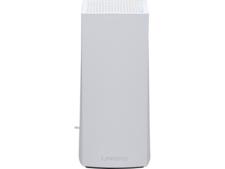 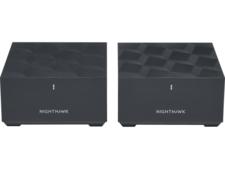