How to buy the best wireless security camera

A good wireless security camera will give you peace of mind when you’re not at home. Our expert guide will help you buy the best for your needs.

The best wireless security cameras will let you know all is well at home when you’re out, whether you want to make sure it's secure or just see how the cat is coping without you. They can also detect motion in your home and record footage of an intruder, with more advanced cameras include facial recognition and two-way audio.

While the best security cameras can record in high resolution and are simple to use, bottom-of-the-heap models suffer from poor-quality video, sub-standard app interfaces and cheap build quality. See below for the key things to look for when buying a smart home security camera.

What to consider when buying a wireless security camera

Wired vs. wireless vs. wire-free

However, there are battery-powered, wire-free security cameras, which are easier to position as they doesn’t need to be near a power source. But bear in mind this does mean you’ll have to charge the battery or pay for new ones if they’re disposable.

One of the key decisions you’ll need to make is whether you’d prefer a camera with cloud-based or internal storage.

Compatibility with other smart products

As more household items become internet-connected – such as fridges and thermostats – a smart home hub provides a centralised way to control them all. These hubs allow you to turn multiple gadgets on or off with a swipe of your finger via a mobile app or even with your voice. For example, Nest and Arlo cameras are compatible with Amazon Alexa.

Features to look for in a wireless security camera

A good wireless security camera will seamlessly switch between day and night modes, and should be able to pick out the same level of detail even in low light. For night vision, most devices use either LED lights or infrared, or a combination of the two.

This is the most important aspect of the security camera, especially if you want to identify someone. All wireless security cameras support at least 720p resolution (1,280 x 720 pixels), and some record in 1080p (1,920 x 1,080 pixels). A higher resolution will generally mean higher-quality footage, although 720p is usually clear enough to make out faces.

Ideally you want the best video resolution possible – no less than Full-HD (1080p) – so the images are clearer and easier to see.

If you want to hear what’s going on in your house – whether it’s a knock at the door or the dog barking while you’re out – look for a wireless security camera with one-way audio recording. If you would like to be able to communicate with the people or animals in your home, for example, to tell your children to get on with their homework or the dog to get off the sofa, two-way audio is what you need.

Wireless security cameras with this feature will trigger recording when motion is detected. Some will send an alert to the app on your phone or via email. One handy feature to look out for is the ability to set up a schedule so that motion alerts are enabled only when you know you'll be out of your home.

Most wireless security camera apps will be compatible with both iOS and Android, but check that the app will work with the version you have. A simple-to-use interface will make it easier to live-stream footage or view recordings. Before buying your wireless security camera, check whether all app features, such as setting a schedule or sharing footage, come as standard, or if you will need to pay extra to unlock the full functionality.

As home smart security becomes more popular, there are more and more brands on the market. Some of the most popular are Nest, Arlo and Hive as well as brands such as Motorola, Netamo and Logitech.

This is one of our joint top-rated wireless security cameras. You'll get clear and bright footage and the full-featured and easy to use app delivers prompt alerts with plenty of information. The camera has a 180 degree wide-angle lens and can be integrated with a wide range of smart home systems.

An excellent video camera, this is one of our top-scoring models and a superb Best Buy. It captures high-quality video whether it’s day or night, and has great audio and sound detection. It's also easy to set up and there are web-based tools or the mobile app for extra control. The cloud storage plans are also respectable.

This wireless security camera manages to give great picture quality, even at night. Alerts are great, so you’ll receive timely notifications if motion is detected. It also takes security seriously – it transmits data using secure encryption methods which prevent potential hackers from accessing your network.

Can I buy a wireless security camera that's unhackable?

As with any internet-connected device, data privacy and security are of the utmost importance. While the camera may record first-class-quality video, the camera isn’t fit for purpose if it has weak security setting, making it vulnerable to being hacked. So how can you stop hackers and other nefarious users from finding your camera(s) on the internet and watching you?

Although there aren’t any wireless security cameras which are ‘unhackable’ per se, you can follow these simple steps to greatly reduce the risk of someone accessing your footage and device. 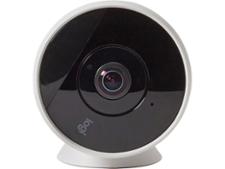 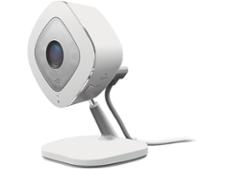 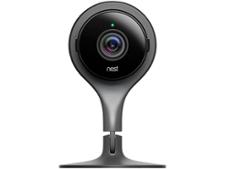