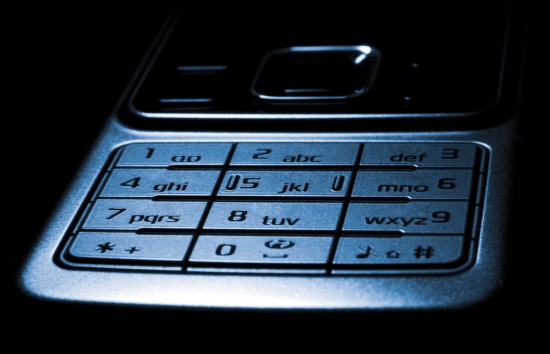 Around two million people in the UK have significant sight loss and, according to research from consumer charity Ricability, many visually impaired people have trouble using mobile phones.

There are a number of speciality phones on the market that are designed specifically for the visually impaired in mind. But these phones are often very expensive, unavailable from most retailers, and very light on features.

So if you’re visually impaired and want to buy a regular mobile phone, what features should you look out for? Read our top tips below to find out.

Many visually impaired individuals find it easier to distinguish keys that have a high colour contrast against the phone’s background. Backlit keys are also important, so they can be seen in low light conditions. Also, the keys should be large enough to display a clear font. You should be able to easily check all these features before buying a phone in-store.

Keys that are raised and have a clearly defined edge are beneficial to many visually impaired people. It also helps to have a raised dot on the central key (number 5 on a typical keypad), to help with orientation. Feedback is also important, such as an audible beep, or tactile click, letting you know when you’ve pressed a key.

The ability to enlarge text on a phone’s display can be very helpful to many visually impaired people and many phones have this feature. However, sometimes it can be hidden away in menus. So check in-store before you buy to make sure.

Many smartphones feature icon menus, which according to research by Ricability can be harder to recognise than text-based lists. Ricability found that even when text was too small to read, words can often still be identified by shape. However, some smartphones also allow you to change menus to lists – again, check before you buy to see if this is possible.

A large, bright, and high-resolution, display – with strong contrast between the background and text – is very important for the visually impaired. Cheap mobile phones often have small and very low resolution displays, so it may be worth paying a bit extra to get a decent display. Smartphones, such as the iPhone 4, are very expensive, but often boast the best quality displays.

If, like many visually impaired people, you use a magnifier to aid visibility, check before you buy a phone to see if texting, menu navigating, and dialling, can be performed with just one hand. 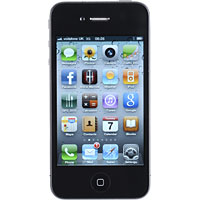 Smartphones, which offer an array of useful features, like GPS, internet browsing, and apps, are become increasingly popular. Smartphones also often come with many features that visually impaired people will find useful. However they also have features that may hinder usability. Below are our pros and cons on buying a smartphone for the visually impaired. Not all smartphones offer the same features, so make sure you check before you buy.

If you’re looking for a specialist phone for the visually impaired you can find a selection of devices on the Royal National Institute of the Blind’s web store.