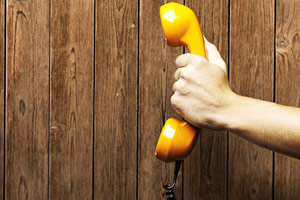 Companies that make repeated nuisance calls are now being publicly named and shamed by the Information Commissioner’s Office (ICO).

Which? welcomes the move to name the top offenders after repeatedly asking the ICO to make this information available to the public.

But Which? would like to see tougher sanctions imposed on these companies so that people are not bombarded by unwanted calls.

If you’re receiving a high number of unwanted cold calls, read our guide on .

The ICO – which has the power to prosecute the worst offenders – is working with regulator Ofcom, the Telephone Preference Service (TPS), The Office of Fair Trading (OTF), trading standards and the Ministry of Justice to identify and hold to account offending companies.

The ICO analysed consumer complaints data collected from the TPS and from its own records to identify the worst offending organisations.

The main sectors responsible for generating complaints about unsolicited calls are home improvement, telecoms and utilities along with claims management companies.

The named companies have given assurances to the ICO they will address concerns about their calling tactics. It expects to see improvements in the coming months.

The ICO is investigating three other companies for which it is considering enforcement action.

It is not yet identifying these companies as it says this could jeopardise its investigations and evidence gathering.

Clamping down on automated nuisance calls

The ICO is also investigating the use of unsolicited automated calls which it says are linked to the same types of organisations.

Automated calls, which consist of a recorded message being played to you when you pick up the phone, rarely give any real indication as to the identity of the caller.

The ICO says it’s currently working to identify organisations whose compliance is in doubt and will assess whether further action is required.

Which? Policy Adviser Caitlin Graham said: ‘While we welcome the steps that the ICO has taken to publicly name offending organisations, this is only a first step in targeting companies who are disregarding the TPS and bombarding consumers with nuisance calls.

‘We want the ICO to send a strong message to companies that making nuisance calls will not be tolerated.

‘As well as naming and shaming these companies, we also want to see the ICO issue monetary penalties against those companies breaching the law.’