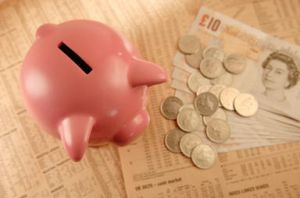 New figures for the 2011/12 tax year have sparked fears that tax-efficient individual savings accounts (Isas) are losing their popularity with savers.

The research, from accountancy firm UHY Hacker Young and based on the latest figures from HM Revenue & Customs (HMRC), reveals that the total amount of new subscriptions into Isas in the 2011/12 tax year dropped by £200m, from £53.7bn in 2010/11 to £53.5bn last year.

Have cash Isas lost their appeal?

Subscriptions to cash Isas – the tax-free savings accounts launched in 1999 that have previously grown in popularity at a rapid rate – fell from £38.2bn to £37.7bn in 2011/12, a drop of £500m. While the fall in subscriptions is small in percentage terms, it has raised concerns that the growth of Isa saving has stalled.

However, the drop in popularity is likely to have a simple explanation – low interest rates. The average rate of return on a cash Isa in 2012 was under 3%. In 2008, before the financial crisis led the Bank of England to reduce its base rate to just 0.5%, it was possible to earn over 5% interest from a cash Isa.

Now cash Isa rates are even lower, as the government’s funding for lending scheme has given banks access to cheap money, meaning they don’t need to offer attractive rates to entice savers. The Which? best rate instant cash Isa currently pays an AER of just 2.3%.

New figures from the Investment Management Association (IMA) indicate that subscriptions to riskier stocks and shares Isas are also falling.

The IMA figures, based on data from five fund platforms thought to represent 75% of the market, show that while £2.2bn was invested in 201/12, the number halved for 2012/13 to £1.1bn, despite a rallying stock market that is now scaling heights not seen since before the financial crisis.

What now for savers and investors?

Which? Money expert, Harry Rose, says: ‘With inflation still a concern, and wages struggling to keep up, consumers are feeling the squeeze and it’s likely that many have had no choice but to reduce their savings.

‘Those who can afford to save will still be drawn to cash Isas – while interest rates are low, it is still paid tax-free and there is no compelling risk-free alternative. Those who are prepared to take some risk with their money could consider stocks and shares Isas, which offer the potential of better returns.’

‘However, anyone thinking of trying stocks and shares should be prepared for the possibility of losing money and consider using an independent financial adviser.’