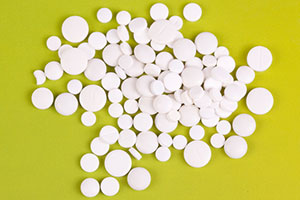 Which? research shows that some supplement manufacturers are making misleading claims on their products – as a result, people could be wasting money on unnecessary food supplements.

Other manufacturers use clever language and font sizes to exaggerate the effect that some ingredients have.

So although only a small minority of people actually need supplements, a third of adults in our survey told us they regularly take them. The supplements industry was valued at £385 million in 2012.

The most popular supplements people take are multivitamins, glucosamine supplements for joint health, and probiotic tablets and drinks.

However, all health claims relating to glucosamine and joint health have been rejected by the EU. Claims that probiotics improve digestive health were also rejected.

In the past five years, products (food, drink and supplements) that want to carry a health claim have had to submit the evidence behind that claim to the EU’s European Food Safety Authority (EFSA). More than 44,000 health claims were originally submitted, and only 248 have so far been approved by the EU.

Optima ActivJuice and Seven Seas JointCare active told us that their claims refer only to the specific ingredients that they are authorised for.

Glucosamine supplements can cost up to £1 a day. A multivitamin that contains vitamin C, D, manganese and zinc – the active ingredients in these supplements – can cost as little as 3p a day. This works out as up to £354 cheaper a year.

To see other products we found that were misleading or confusing visit our gallery of food supplements you don’t need.

Which? executive director Richard Lloyd said: ‘Which? campaigned for health claims on these products to be backed up by scientific evidence, so it’s disappointing that manufacturers are using clever language to imply unproven benefits.

We would like to see all ambiguous and exaggerated claims completely removed from all food supplement packaging, so consumers can feel confident they are getting a fair deal in the products they buy.’