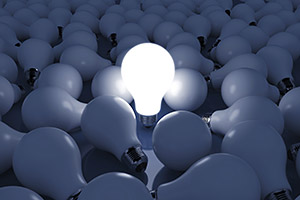 Which? reveals the best, brightest and most efficient light bulbs in the shops

The latest Which? tests have uncovered a crop of bright and efficient Best Buy LED bulbs – and the good news is this pricey type of light bulb is getting brighter and cheaper to buy.

LEDs are claimed to have an impressive 25-year lifespan, which is more than double the 10-year lifetime of a regular energy-saving bulb and decades longer than a traditional incandescent bulb, which only lasted for about a year.

LED bulbs also get bright instantly, whereas a common complaint about regular energy-saving light bulbs is that they are dim when first switched on. And while LED bulbs only used to be available in lower brightnesses, more and more LEDs are matching the brightness of a traditional 60W incandescent bulb.

Our latest Which? tests have uncovered 14 Best Buy LED light bulbs, three of which are as bright as a traditional 60W bulb, with five more that can match a 40W incandescent bulb for brightness. 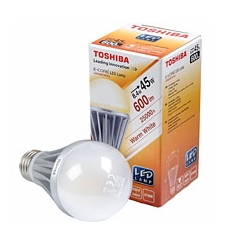 Regular energy-saving light bulbs (known as CFLs) are still cheaper to buy than LEDs and are almost as energy efficient. It’s still not easy to find an LED that’s brighter than a 60W incandescent, so for a really bright bulb you’ll probably need to choose a CFL.

We’ve tested both types of bulb from brands including Ikea, Megaman, Verbatim, Diall, Ledon, GE, Osram and Philips; the results of these and more can be found in our guide.

Our calculations show that if you’ve still got old-style bulbs in your home, you can make decent savings by switching to energy savers.

Swapping one 60W incandescent bulb for an LED of similar brightness could save you more than £180 over the light bulb’s lifetime. Put another way, swap nine light bulbs around the home and you can expect to cut your annual energy bill by £67 year after year

Which? home and garden editor Natalie Hitchins says: ‘It used to be difficult to find an LED bulb that was bright enough to light up a whole room but recent advances in semiconductor technology has meant that brighter LEDs are now coming onto the market. They’re still quite pricey to buy, but the energy savings you’ll make mean they’ll pay for themselves many times over in the long term’