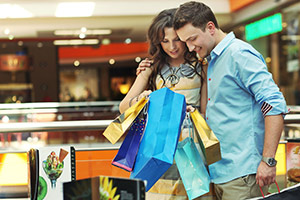 Lush is the number one shop overall in the 2014 Which? shops survey, reclaiming the top spot it held in 2012.

After finishing second to Apple last year, the cosmetics retailer topped the table of 100 shops with a customer score of 83%.

The Disney Store, Richer Sounds, John Lewis and Waterstones were also rated highly by shoppers. WH Smith came last for the second year in a row.

The survey is based on the views of 12,500 shoppers, and produces customer scores for 100 of the UK’s biggest shops – check out the full table to see all of the best and worst shops.

The best shops stand out on service

While the items the top shops in our survey sell are completely different, they have one thing in common – outstanding customer service.

But this isn’t the case everywhere on the high street. When we asked you what irritates you about shopping in stores, unhelpful staff was the most common complaint.

Which? executive director Richard Lloyd said: ‘We’ve seen time and time again that consumers won’t settle for bad customer service and our high street shops survey confirms this. Those stores giving people the care and attention they want have happy customers who return.’

WH Smith is the lowest-rated shop for the second year in a row. One shopper described it as ‘a little dated and falling behind’. Another said: ‘The shop felt very cluttered and not too well stocked.’

Apple was rated as the top shop in 2013, but it fell to 13th this year. Although Apple is still rated highly, praise for its shopping experience is more muted than in 2013 – shoppers still like Apple, but are less likely to love it.

Several customers complained about it being difficult to book an appointment with its ‘genius bar’ service, which helps you if you’re having technical problems.

Clarks had one of the biggest jumps in customer score, improving from 70% in 2013 to 79% this year. This helped Clarks go from joint 26th in last year’s table, to just outside the top five this time. All of its star ratings, bar pricing, have improved on last year’s.

Can you actually get a bargain with Sainsbury’s Nectar Prices?