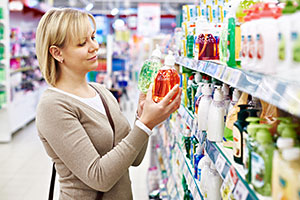 Waitrose is priciest – but where is cheapest for toiletries?

Waitrose is the priciest place to buy toiletries such as shampoo, soap and moisturiser, according to a Which? price comparison basket.

We compared the price of a basket of 59 common toiletries products across Asda, Boots, Morrisons, Ocado, Sainsbury’s, Superdrug, Tesco and Waitrose, over the course of six months.

At Waitrose the overall cost was £239, while the cheapest store shaved 12% off this overall price.

Our full guide to toiletries prices compared reveals which store topped the table as the cheapest place to buy.

Is Tesco the cheapest?

The cost of buying daily essentials such as toothpaste, razor blades and shower gel can mount up, so it’s not surprising that 37% of Which? members told us they’re likely to go out of their way to buy toiletries from a different store to their usual retailer in the hunt for cheaper prices.

Our research also found that some products are well worth shopping around for. For example, a bottle of Radox Uplifting shower gel (grapefruit scented, 250ml) was £1.80 on average at Waitrose and £0.92 at Asda.

How we analysed prices

To find out where the cheapest places to stock up on toiletries are, we tracked prices between 23 December 2014 and 23 June 2015, in each of the eight stores. We calculated the average price of each product for that six-month period and included special offer discounts but not multibuys. We used data from the independent grocery shopping website MySupermarket.co.uk. We also surveyed 913 Which? members about their experiences of buying toiletries in July 2015.