Tablets are set to make waves at MWC once again, as the likes of Huawei and Lenovo announce new lines of ever more powerful and innovative devices.

Tablet reviews – see which tablets aced the Which? tests 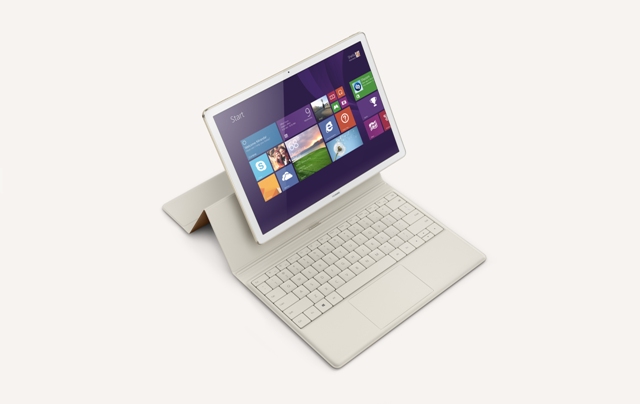 Huawei has taken a good look at the Microsoft Surface Pro 4 and Samsung Tab Pro S and had a stab at its own Windows tablet come PC. The resulting MateBook is certainly a looker, with an amazingly thin 6.9mm frame and a simple, smooth metal finish. The 12-inch screen is no slouch either. The 2,160 x 1,440 resolution means the picture is defined and bright.

Considering how thin the tablet is we’d expect the quality of the processor and hard drive to suffer, but Huawei has managed to squeeze in a solid state hard drive and an Intel core m3, m5 or m7 processor depending on how much you’re willing to spend. Whatever version you go for, the MateBook will be lightning-quick even when multi-tasking.

Huawei launched a few accessories to accompany the MateBook in the form of a snap-on case and a stylus. The case resembles the one found on the Surface Pro 4 and has the same satisfying, responsive click when typing and a sleek design to match the tablet. The stylus, which also doubles as a laser pointer, was responsive but didn’t share the premium look of the MateBook. 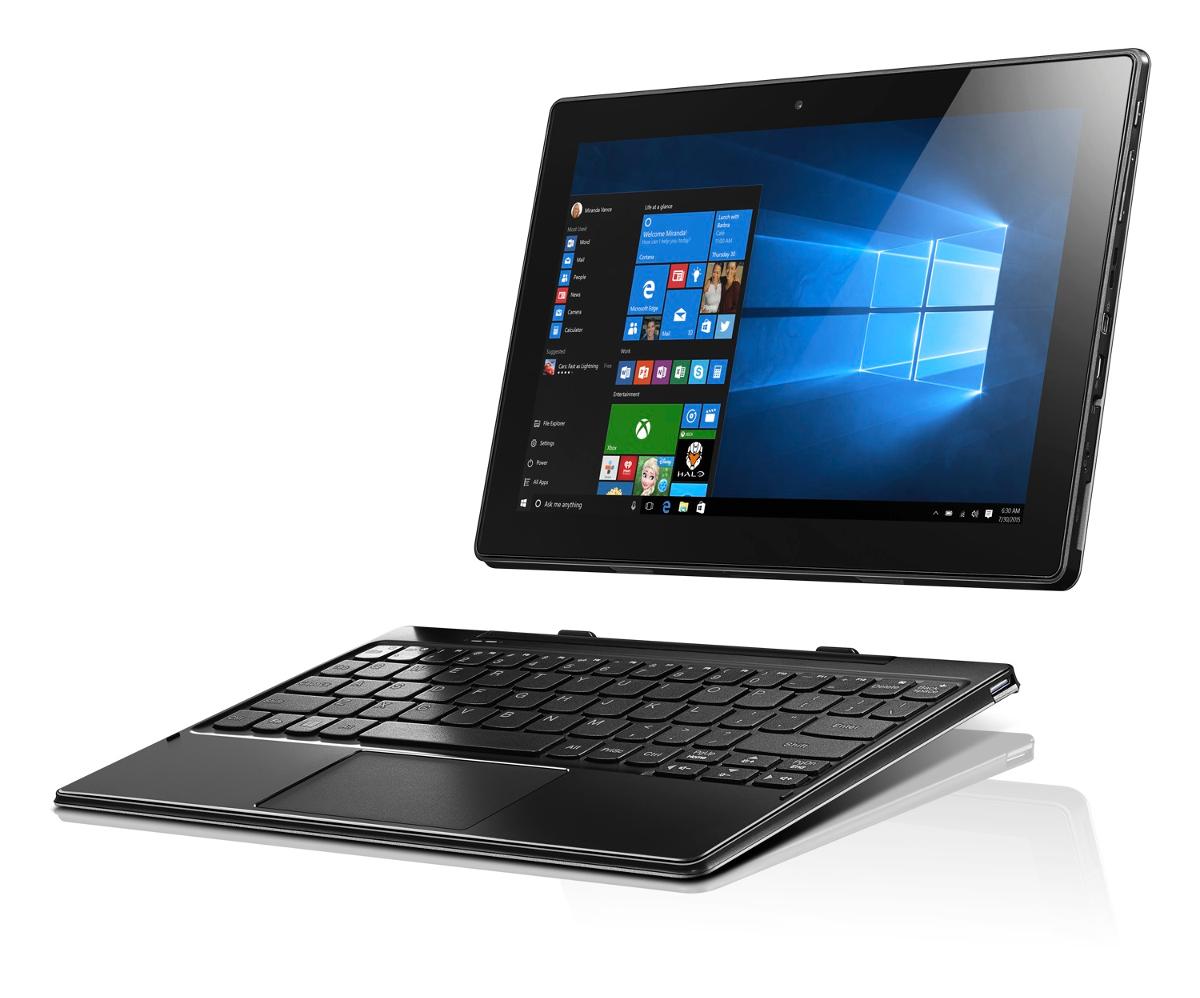 Lenovo’s already comprehensive range of tablets and convertible laptops has grown again with the introduction of the Lenovo Miix 3. Like the Huawei MateBook, the Miix runs Windows 10 and can operate as a tablet or notebook thanks to the detachable screen. It’s certainly designed with portability in mind since it weighs in at just 580 grams. The smaller 10-inch screen, while still big enough to work on, is small enough to easily slot into a bag even with the keyboard attached.

Packed into the Miix’s small frame is 4GB of Ram, an Atom X5 processor and a 10-inch 1,080 HD screen. The processor isn’t spectacular, but it’s good enough to work on documents, watch movies and browse the internet – just as long as you don’t try to do all of those at once.

Unusually for a Samsung tablet the TabPro S abandons Android in favour of Windows – a move that illustrates how flexible Windows 10 is as both a laptop and tablet operating system. Samsung describes the TabPro S as a ‘2-in-1 tablet’ which means the tablet can be converted to a laptop by connecting the optional keyboard and touchpad.

The claimed 10.5 hours of battery life is very reasonable if true, while the 12-inch 2160×1440 resolution display looked every inch as sharp as the screens on Samsung’s flagship Android-based tablets. A dual-core 2.2GHz processor, solid state drive and 4GB of Ram should keep the TabPro S ticking along nicely, though it will be interesting to see how it compares to the Microsoft Surface 4 and iPad Pro for speed when it launches in February 2016. 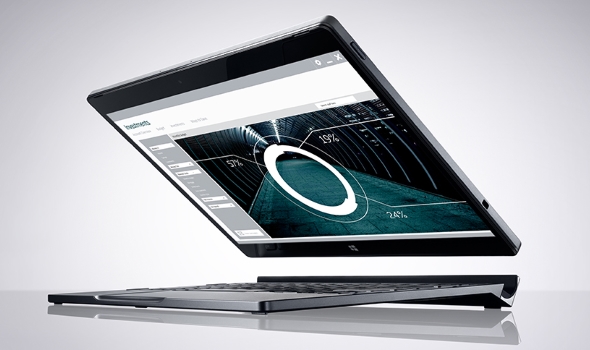 Dell’s Latitude 12 2-in-1 tablet is another hybrid tablet with designs of taking on the Microsoft Surface at its own game. It’s a 12.5-inch, Windows 10 device that comes with a ‘latchless’ keyboard to effectively transforms the tablet into a laptop.

You can choose between a crisp 1920×1080 touchscreen display or a super-sharp – and accordingly expensive – 4K resolution option. Both screens are made from scratch-resistant Gorilla Glass (the same material used in most smartphones). At 0.73kg the Latitude is a little on the heavy-side for a tablet (the iPad Air 2 weighs just 0.44kg, for example), however we don’t think that’s too bad for a device that combines the best elements of a tablet and laptop. Pricing and a release date have yet to be announced, but expect it to be at the premium end of the market. 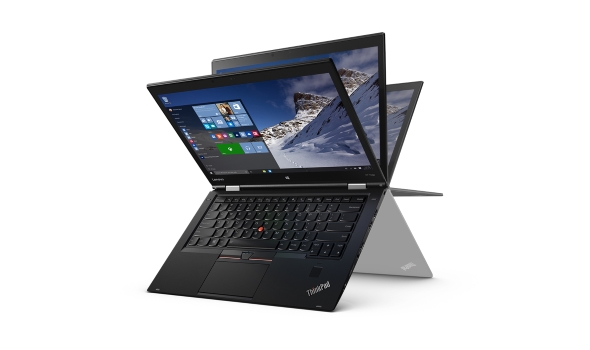 Lenovo’s Yoga range of convertible laptops has been around for a while, but we’ve never seen one with a screen as sharp as that of the ThinkPad X1 Yoga. The laptop/tablet hybrid comes with a 14-inch OLED touchscreen that’s capable of displaying an impressive 2560×1440 pixels – easily the equal of the sharpest smartphone displays.

Being a Yoga, the Windows 10 device can be flipped from tablet to laptop by folding the keyboard back on itself and, like the Microsoft Surface and iPad Pro, Lenovo’s PC also comes with a stylus for jotting down notes. The i7 processor is more than enough to keep things fast and responsive. It looks the part as well, although, at 1.2kg it’s on the heavy side and with a price of $1,449 (£990) it won’t come cheap when it launches in April. 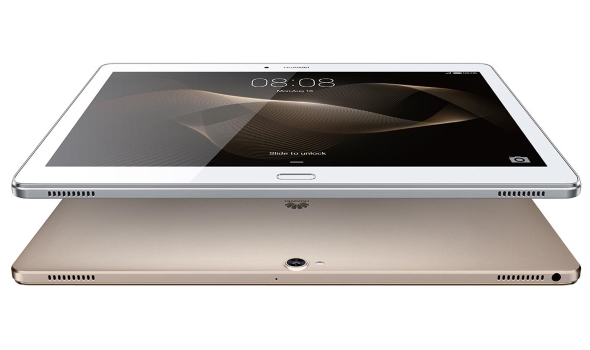 Huawei’s quest to become the number one purveyor of all things Android continues apace with the introduction of the 10.1-inch MediaPad M2 tablet. From its crisp 1920×1200 display to the optional stylus pen, the tablet’s specs read like a checklist of everything that’s currently hailed as a ‘must-have’ in a new tablet. Perhaps the one genuinely innovative feature is its four speaker surround sound – a first for an Android tablet.

Details of a release window are sketchy at present, but sometime in the spring is hotly tipped. Expect to pay $349 (around £240) for the basic 2GB RAM and 16GB storage version, with prices rising to $419 (approximately £285) for a MediaPad M2 that comes bundled with a stylus.