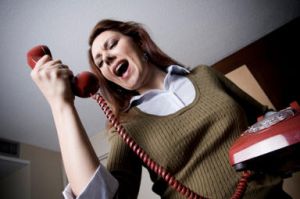 HMRC call service levels ‘collapsed’ in 2015 as staff were shed to cut costs as part of a digitisation strategy, a National Audit Office (NAO) report has found.

People phoning the self-assessment tax queries line spent an average of 47 minutes on hold as the problem peaked in October 2015, the report said.  It estimated the cost to callers in wasted time and call costs was £4 per person for every £1 saved by HMRC.

The NAO report confirms a problem exposed by Which? in January 2015 and revisited in an investigation into HMRC helplines in January 2016.

Our initial probe found an average waiting time of 18 minutes based on 100 calls we made in October 2014. The same test a year later revealed the average wait had more than doubled to 38 minutes.

Which? tax help: advice on tax rates and allowances you can claim

The cost of delay

Although the report notes a reduction in waiting times in January 2016 (when 2,400 extra staff were recruited to the tax helpline), one of its key findings is: ‘HMRC’s service has become harder to access, and demand for help with tax from the voluntary sector has risen’.

The free Which? tax calculator lets you check your tax bill for 2015-16 before submitting an online return. Extensive help notes highlight tax-deductible expenses for the self-employed and those who receive rental income.

Although HMRC plans to expand its digital communications so that more taxpayers can record and access information online, post and telephone are likely to remain the major channels for years to come.

The NAO report recognises this, commenting that during the digitisation process, HMRC must manage its resources to ‘deliver adequate service levels..and protect tax revenue.’