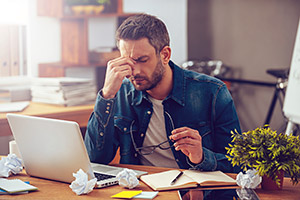 Should you switch energy supplier?

More than a fifth of energy customers haven’t switched their energy supplier in the last decade, although they could save hundreds each year by doing so. We reveal the top reasons people don’t switch – and why you should.

In England, 21% have had the same energy supplier for 10 years; in Scotland and Wales, 29% haven’t switched in this time (according to the Competition and Market Authority’s latest figures).

Among the top reasons for staying are happiness with the energy company and the hassle of switching, separate Which? research has discovered. But we think the reasons to leave are even better.

Read on to find out how you can save up to £369 a year if you’ve stuck with the same supplier, as we challenge the top reasons customers don’t switch.

See how much money you could save on gas and electricity with our independent switching site, Which? Switch?

1. I am happy with my current energy supplier

The top reason for sticking with the same energy supplier, 44% of those who hadn’t switched in the last five years told us that this is why.

Switch: But would you still be happy if you know you could be wasting £369 each year by staying with the same supplier? This is the average amount people save when they switch using Which? Switch, our independent switching site. If you’re on a standard variable tariff – the most expensive type, which 66% of customers with the Big Six suppliers are on – you’re likely to save the most.

2. All energy suppliers are pretty much the same

At the latest count, there are over 40 energy suppliers in the UK. But 22% of respondents say lack of difference stops them from switching.

Switch: Which? research reveals huge differences between energy companies, in both price and customer satisfaction. There was a 41 percentage point difference between the top and bottom-scoring UK suppliers in our latest energy companies satisfaction survey. Plus variable dual fuel tariffs from the Big Six providers were £329 more expensive on average (in June 2016) than the cheapest fixed-rate dual fuel tariffs on the market.

3. Switching would be too much hassle

A fifth (21%) thought the work involved to switch supplier isn’t worth the bother.

Switch: A few minutes can separate you from a new energy supplier online, which could give you better service and save you hundreds of pounds.

Energy switching websites that show all of the tariffs available on the market make it simple to find the cheapest tariff for you. Use the tool (right) to go straight to our independent switching site, Which? Switch.

You might be on a good deal now – the cheapest deals are usually fixed tariffs – but when it ends you’ll automatically go onto your energy supplier’s default variable tariff.

Switch: The variable tariff is usually more expensive, so keep an eye out for a better deal when your fixed tariff comes to an end. You can switch within the last 49 days of your fixed deal without incurring an exit fee.

We asked 5,029 GB energy customers who hadn’t changed their gas or electricity supplier in the last five years to tell us why they hadn’t switched. The survey was carried out in October 2015.

Our Which? Switch customers are currently saving an average of £369 a year on their gas and electricity bills – this is the average estimated annual savings for customers who applied to switch suppliers through Which? Switch between 1 November 2015 and 30 May 2016. This is an average figure, so many customers could save a lot more.