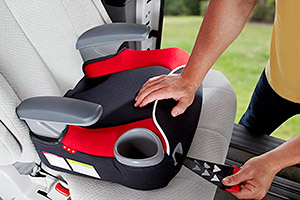 A backless booster seat is installed into a car

New approvals rules for backless booster seats look set to come into force before March 2017, and not December 2016 as originally expected.

Under current UK law, all children travelling in a car must use the correct child car seat until they are 12 years old or 135cm tall. In some European countries this height limit is 150cm.

However, a committee of European safety experts has voted to amend the approval rules for backless booster seats (sometimes called booster cushions), under the R44 regulation, to limit their use to children taller than 125cm and weighing more than 22kg. The regulations will apply to new products entering the market.

As we expected, approval for the final stages for this change happened in June 2016. Experts who sit on the committee have told us the date for the changes is provisionally stated as early February, and the Department of Trade and Industry has said the changes should come into force before March 2017. Slightly later than December 2016, which we were originally given as a possible date.

When the approval rules change, any new backless booster seats entering the market, and seeking approval to be legally sold in the UK, will only be approved for use with older children, and will need labels clearly stating what age and weight they can be used from.

Child car seat reviews – we crash test all the seats we review. Discover which are the best. 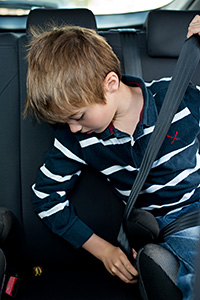 Approval rules for booster cushions are set to change in 2017

Which? child car seat expert Lisa Galliers says: ‘Since we first reported on the expected rules change there have been a lot of confusing reports, especially on social media, about the upcoming changes.

‘Some we’ve spotted have been partially incorrect or inaccurate. We’ve seen posts saying booster seats will be illegal for a certain age or weight, or implying that there are no new regulations regarding booster seats, which is confusing for consumers.

‘To be clear, the new rules will only apply to any new products entering the market, and seeking approval, after the date the change comes into force, which we’re told should be by March next year.

‘Since our story back in April 2016 when we first reported the upcoming changes, we’ve seen a lot more people talking about child car seats and it’s really opened up the discussion about the safest way to transport children, which is something many car seat experts aim for, and we think is extremely positive.’

Do I need to buy a new car seat?

Any parents who own a booster cushion now can continue to use it legally, without breaking any rules.

However our car seats experts and many other car seat experts believe that backless booster seats or booster cushions are not the best way to transport children.