On 18 July, a new £2 coin depicting Jane Austen is being released to a handful of locations across the UK to commemorate 200 years since her death. But could it be the next coin to be worth a mint?

The coin will be released in locations that hold strong connections with Austen’s life – Winchester and Basingstoke – and there’s currently no figure given by the Royal Mint on how many will enter circulation. This has excited quite a few coin collectors.

But there’s no guarantee that the Jane Austen coin will be worth a small fortune like some of the others we’ve found in circulation. So with this in mind, you could still be in line for a cash windfall from some of the unique £2 designs that can be found in your change.

The rarest and most valuable £2 coins

The most valuable is the Northern Ireland 2002 Commonwealth Games coin, deemed the rarest of all the 37 £2 coins currently in circulation.

It is the only coin to have a mintage of less than 500,000 and is currently selling on eBay for around £40.

It belongs to a group of four coins that celebrate the Home Nations’ – England, Scotland, Wales and Northern Ireland’s – participation in the games.

These four all look identical, except for a minor change – the image of the respective flag of the nation included on the front of the coin which is shown next to a running athlete trailing a banner behind.

The gallery below shows some of the rarest £2 coins in circulation. They are: 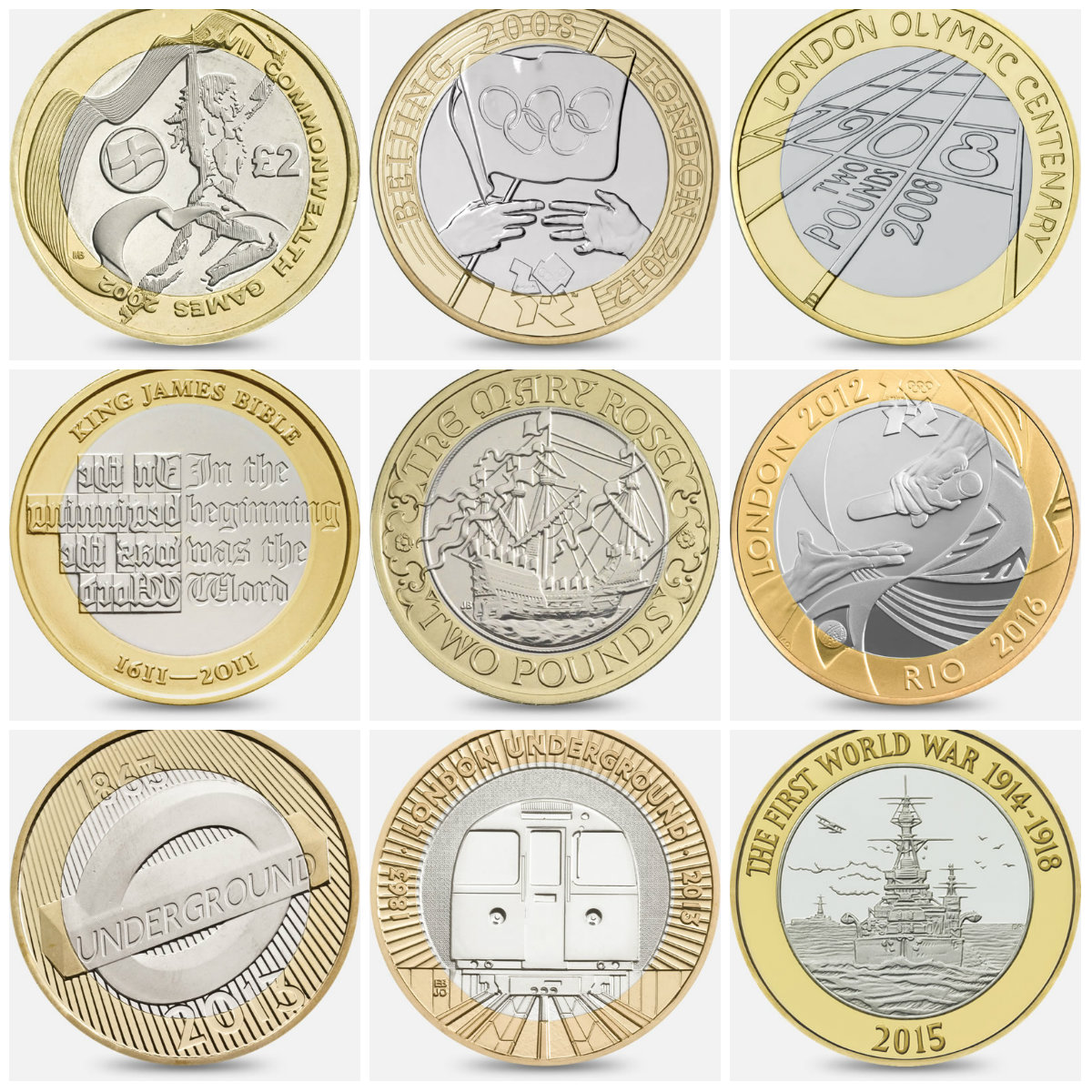 Between 485,000 and 770,000 of these coins were minted to commemorate the games in Manchester, although the number in circulation is likely to be lower. Royal Mint believes that around 75% of Olympic 50ps have disappeared from circulation due to collectors holding onto them.

If this figure is accurate, you could have a 1 in 4,000 chance of finding a 2012 Commonwealth Northern Ireland coin.

Other coins that are selling above face value celebrate a diverse range of sporting events, the British military and transport. These include the Olympics, Henry VII’s warship the Mary Rose, the King James Bible and the London Tube.

The most valuable coin in circulation remains the Kew Gardens 50p, which has a mintage figure of just 210,000.

Our graph below shows all the 37 £2 coins that could be found in your spare change, and how many are in circulation.

If you think you’re onto a ‘kerching’ moment, the first step to take is to ask the Royal Mint if the coin is real or fake.

They’ll usually provide a letter to confirm. If it’s legitimate, you can sell it at auction, online or via a coin dealer.