With the right set-up, you can use Amazon Alexa voice control service to control your TV without a remote or any sort of button pressing.

There are a couple of ways you can get this new functionality, both of which rely on you owning an Amazon Echo or Echo Dot smart hub. Some smart TVs have Amazon’s Fire TV software built in, such as a number of the latest Sony Bravia models. They can connect directly to your Echo device via Bluetooth. If you don’t have one (and with some models costing upwards of £7,500 we don’t blame you), you can attach a Fire TV or Fire TV Stick which then connects to the Echo.

You then simply cast aside all self-consciousness, utter your commands into the general vicinity of your Echo and watch on in awe as your television is controlled through nothing other than your own spoken instructions. Of course we’re still some way away from your Star Trek/Minority Report/Iron Man dreams being truly fulfilled, but for now here’s a full list of commands Alexa accepts:

Internet TV box reviews – Not a fan of Amazon? See which other streamers top our test 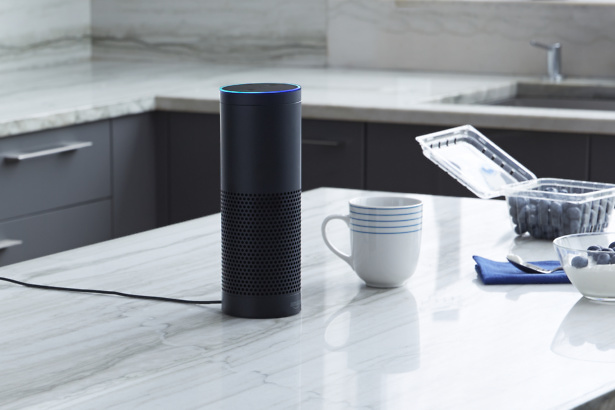 If you have a TV with Fire TV functionality built in to it you may need to change some settings to get it working. On your TV navigate to Settings > Alexa > Turn on TV with Alexa.

This is largely the same list of functions that you can perform with an Alexa Voice Remote, the likes of which now comes packaged with the Fire TV Stick or Fire TV streaming box, so if you already have one of those then you needn’t feel like you’re missing out on too much – other than being able to go totally hands-free.

This isn’t the first time we’ve touched upon Alexa appearing outside of Amazon-branded products, either – if you like the sound of an Alexa-compatible thermostat or smartphone then click here to learn more.