Smart meters aren’t compulsory. But we’ve heard from people who believe they have to have one, and feel under pressure from their energy company.

So we gathered together examples of correspondence from big gas and electricity firms about smart meters. We’ve uncovered letters that mention safety, old or expired meters, and government obligations – and asked the companies to explain. Keep reading to find out more.

Energy companies are under pressure from the government and energy regulator Ofgem to offer all of their customers smart meters by the end of 2020. The aim is to fit gas and electricity smart meters in all 53m homes and business across England, Scotland and Wales.

Can’t see the quiz and you’re on your phone? Click here. 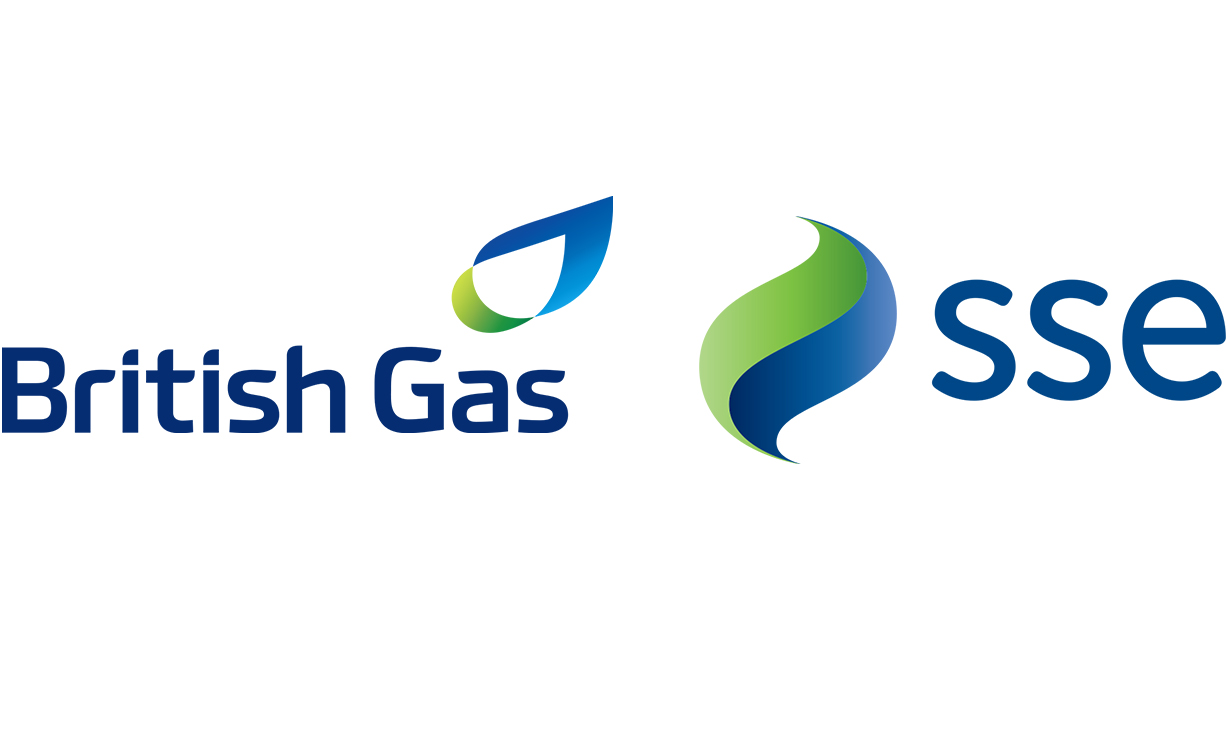 Some British Gas customers received letters telling them they ‘urgently’ needed their gas meter replaced, that ‘old meters can cause serious problems’ including ‘a risk of fire or explosion’.

A Which? member thought this letter was a scare tactic to encourage them to accept a smart meter that they didn’t want.

SSE sent a letter headed ‘keep your home safe’, saying that the customer’s electricity meter ‘needs to be replaced’ because ‘meters can become reliable or even unsafe’. Both SSE and British Gas said they would fit a smart meter instead. 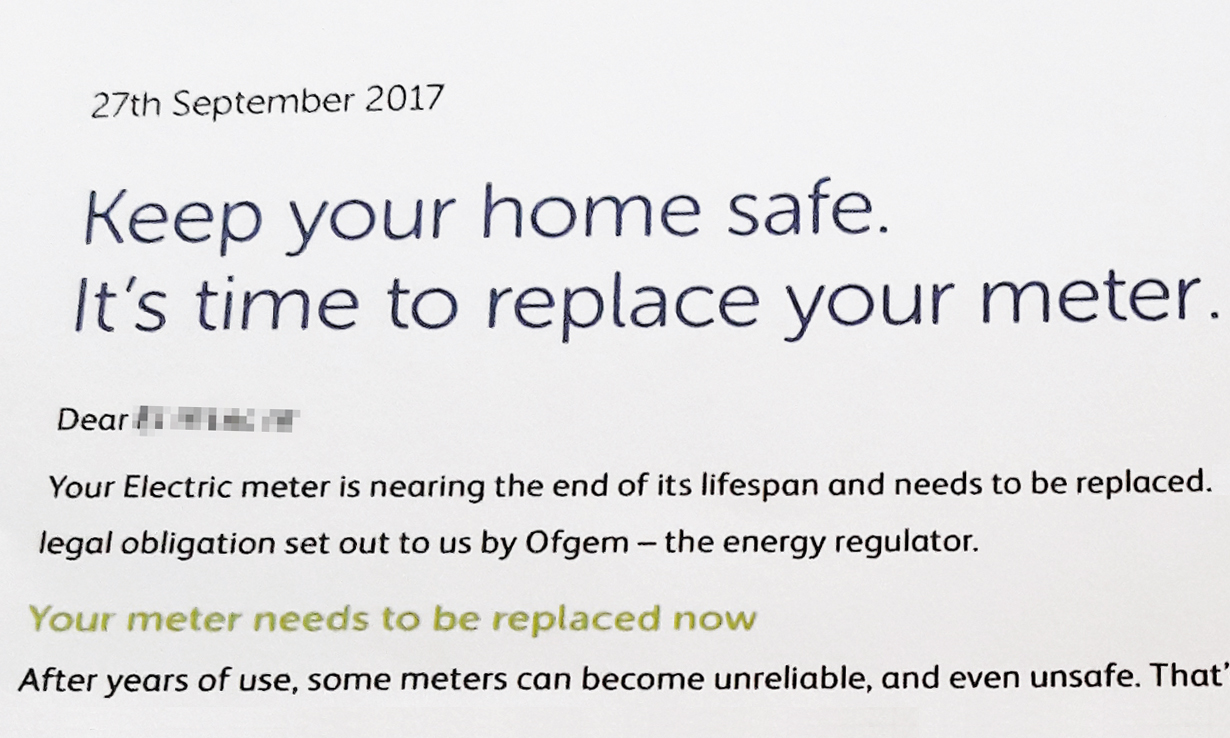 We say: Linking smart meters and safety puts pressure on you to accept one. You should take it seriously if your energy company notifies you that your meter needs replacing, but don’t be alarmed by emotive language.

British Gas reassured us that fire and explosion are ‘rare’ and that it takes ‘the necessary precautions to avoid the risk in the first place’.

Energy companies explain: British Gas said that customers receive these letters if their meter is ‘too old and needs to be replaced’.

SSE said that ‘every customer who receives this letter has a meter which is reaching the end of its lifespan and as a result is more likely to become unsafe’. It ‘uses this opportunity to introduce customers to smart meters’.

What you need to know about the smart meter roll-out. 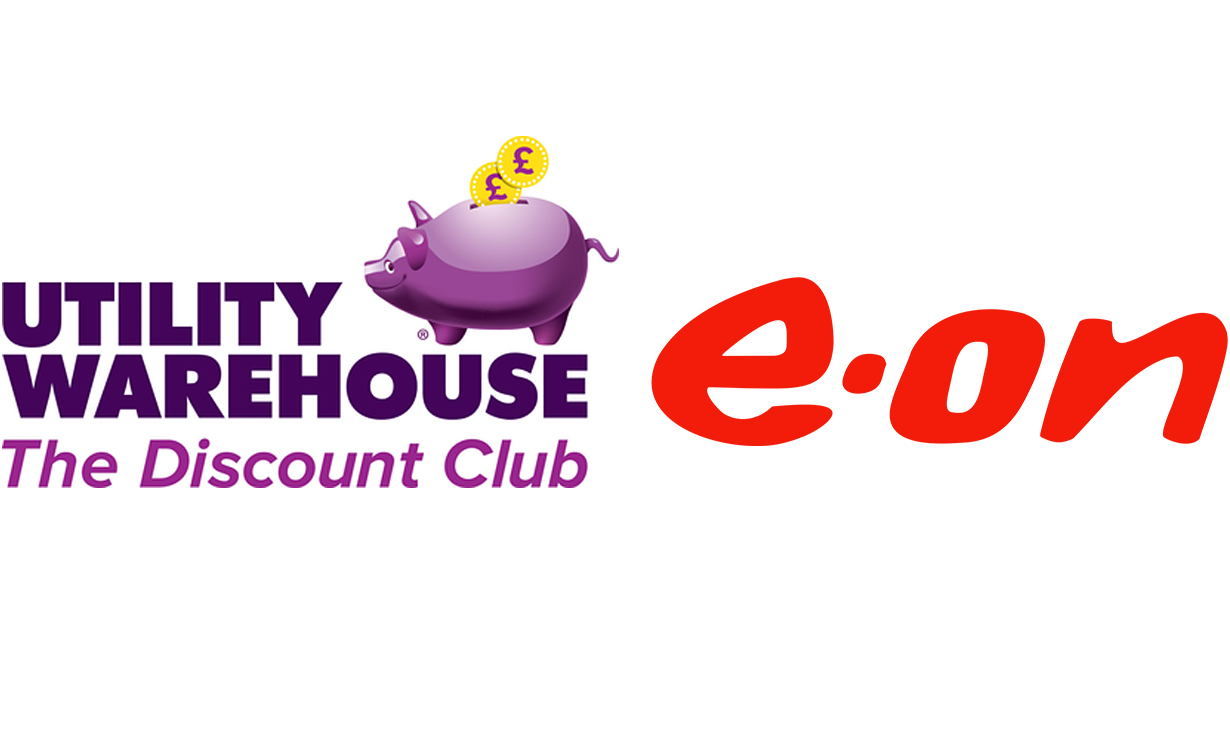 Utility Warehouse told customers ‘your electricity & gas meters have expired’ and that they were prioritised for smart meters. Eon’s letters stated ‘your meter is being phased out’ and that it would replace it with a smart meter. 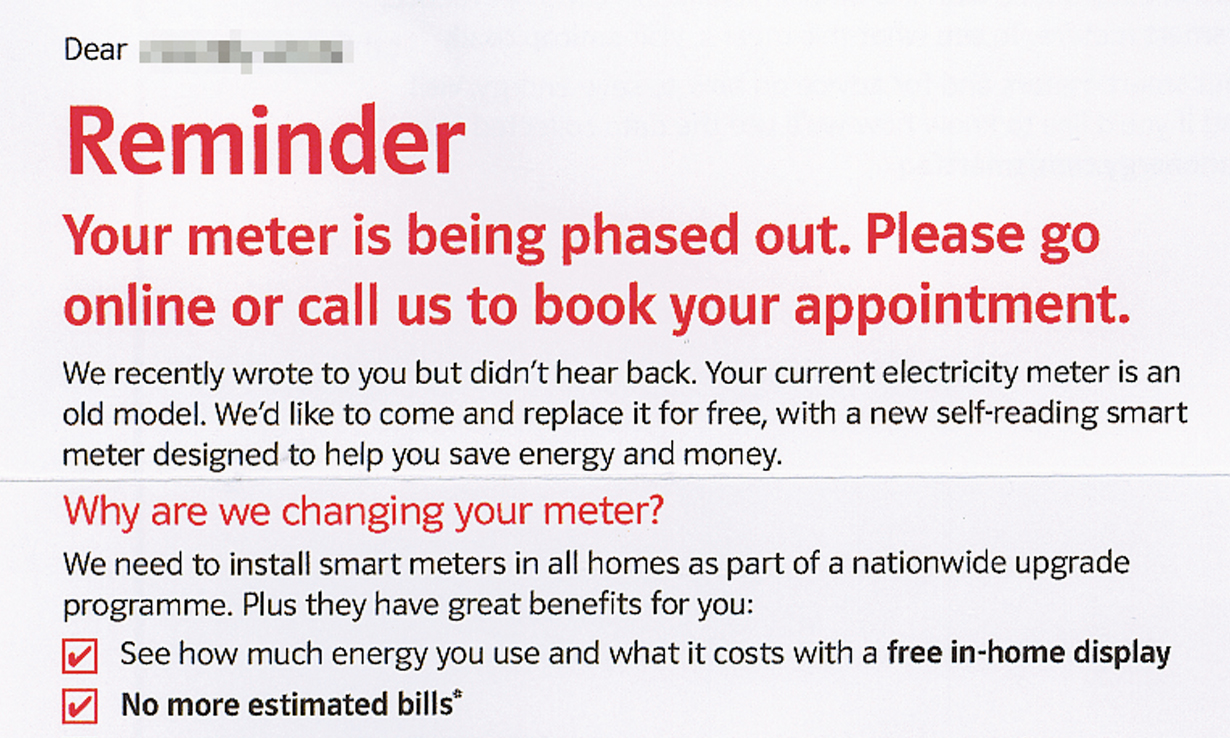 We say: Terms such as ‘expired’ and ‘phased out’ suggest the customer’s meters are obsolete and need replacing.

Any meter that isn’t smart is arguably ‘old’, but this doesn’t mean it has reached the end of its usable lifespan, nor that a smart meter must be the replacement.

If you don’t want a smart meter, check with your supplier whether your meter needs replacing because of safety issues.

Energy companies explain: Utility Warehouse confirmed that its letter is ‘only sent to those customers who we have identified as having a meter that has either come, or is coming, to the end of its certified life’. This is usually 20 or 25 years, it says.

Eon said: ‘we try to tailor them [customer communications] to individual customers’ circumstances wherever possible’.

Find out about your rights and smart meters. 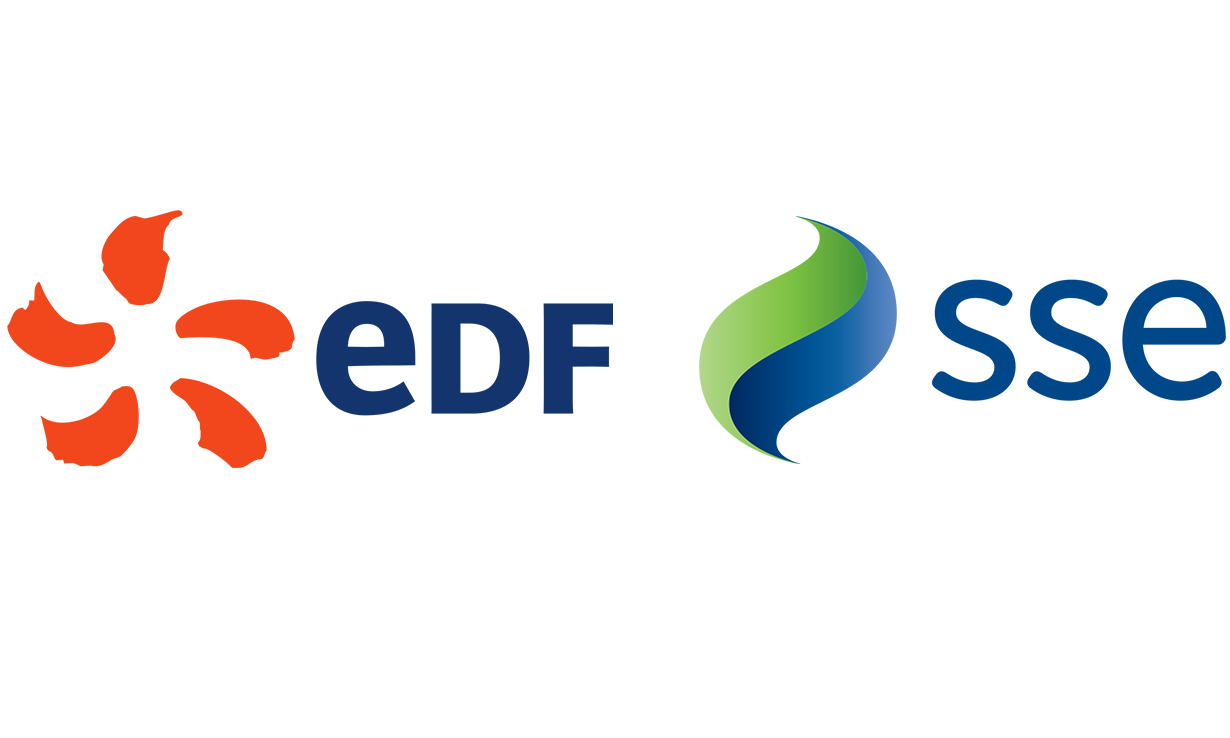 EDF Energy and SSE referred to official sources in their letters. SSE’s said: ‘Your electric meter … needs to be replaced. This is a legal obligation set out to us by Ofgem.’ 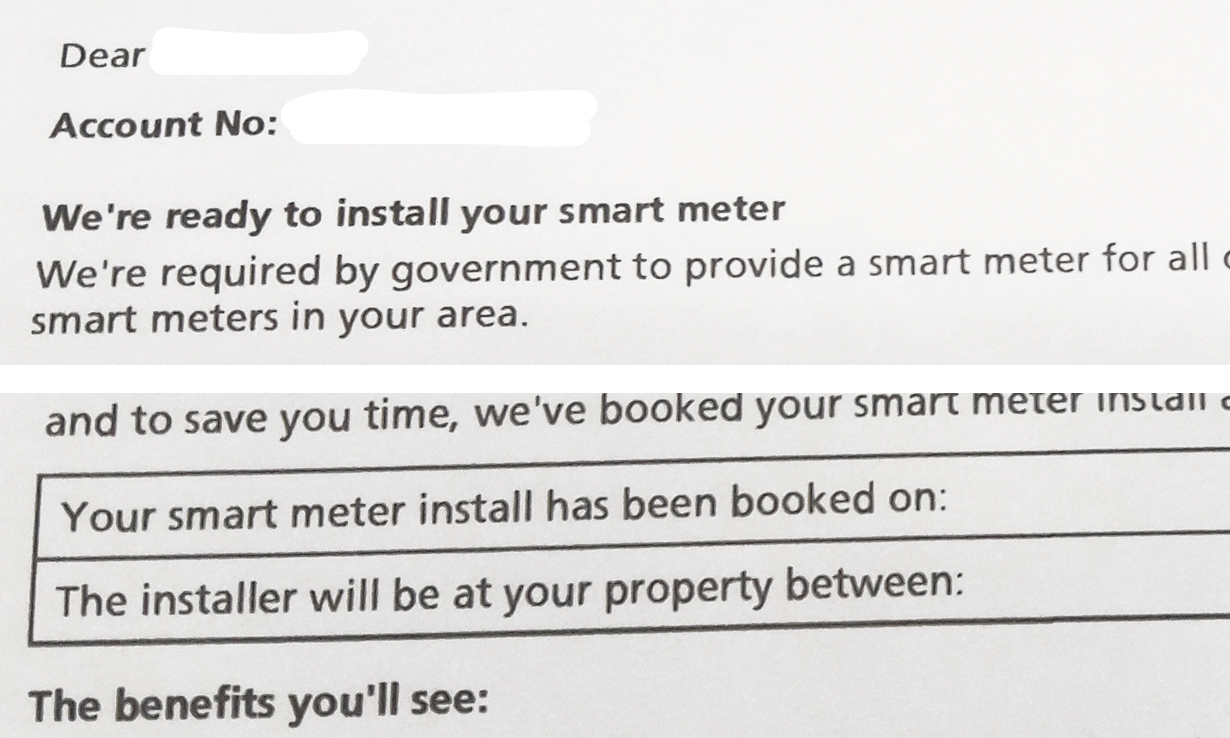 We say: If your meter is old, it should be replaced but you’re not obliged to have a smart meter. Referring to government, regulators or nationwide programmes may lead people to believe they have no choice, especially as it’s easy to miss the nuance that any obligations apply to the energy companies and not to them.

We reveal the best and worst energy companies.

The costs of the smart meter roll-out are currently being reviewed by the National Audit Office. It will ‘assess the economic case for the roll-out’ and ‘look at whether the government is on track to achieve its target’.

We’ll hear the outcome this summer and keep you updated. Find out about getting a smart meter installed, including whether your energy firm is fitting smart meters yet.