The Huawei MateBook X Pro laptop is something of a MacBook competitor. It has a 13.9-inch 3K display, which you can also use as a touchscreen.

While we haven’t yet had the chance to test Huawei’s new models, we’ve run through their key specs and claims to see how they stack up against the best laptops and tablets on the market.

Be sure to watch our hands-on video of the new Huawei MateBook X Pro and MediaPad tablets:

Laptop reviews – find the best laptop for your budget. 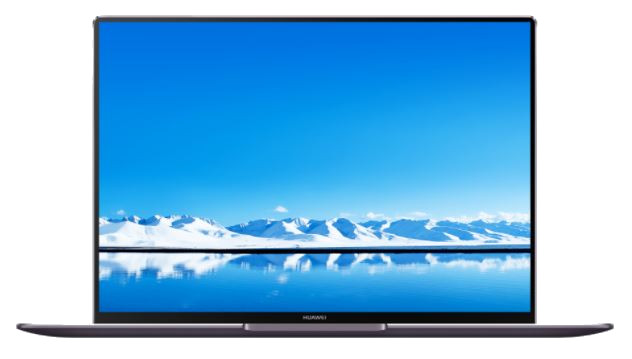 This is a super-slim laptop designed to compete with a MacBook in the looks department. The bezel around the screen is so narrow that there’s no room for a webcam at the top of the display.

Huawei has had to be a little creative to still include a webcam, tucking it underneath the keyboard. There’s a physical button with a camera icon on it between the F6 and F7 keys – pressing this makes the webcam pop out. To make it go into hiding again, you simply press down on the button once more.

You can buy the MateBook X Pro with either an i5 or i7 Intel Core processor. UK pricing isn’t yet confirmed, but the i5 version with 256GB of storage costs €1,499, while the i7 one with 512GB costs €1,899. We expect to see the MateBook Pro available to buy sometime in March 2018.

Read our first impressions of the Huawei MateBook X Pro. 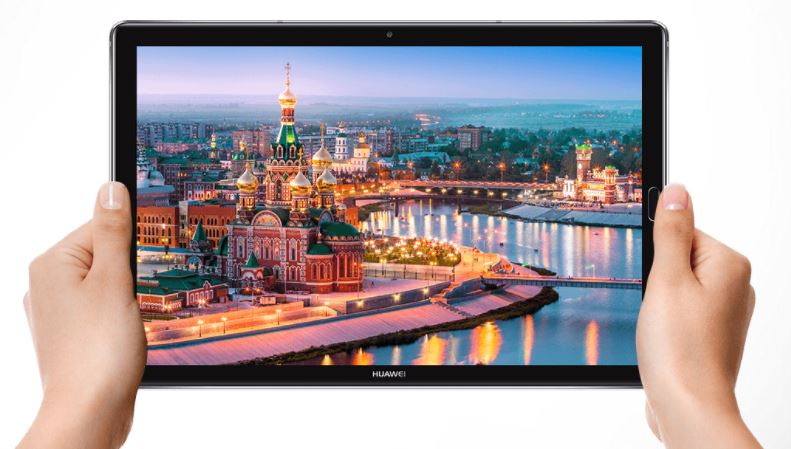 There are two different sizes of the MediaPad M5: 8.4 inches and 10.8 inches (pictured above). Each tablet runs with a 2K resolution, which should make for a sharp screen. You have two colours to choose from for the case: grey or champagne-gold.

The M5 tablets are powered by a Kirin 960 Series processor, which Huawei says will let you speed through apps and web browsing with ease. The 10.8-inch version has a larger 7,500mAh battery to the 8.4-inch version’s 5,100mAh offering – but that doesn’t automatically mean its real-world battery life is better, as it has to power a larger screen.

The 10.8-inch MediaPad M5 also has a desktop view, giving you a taskbar and easier access to your files. This means the larger option might be a better choice if you like to use your tablet to get on with work on the go.

There are a few different pricing options, although UK prices haven’t yet been confirmed. The least you’ll be able to spend on the 8.4-inch version is €349, and €399 for the 10.8-inch one, giving you 32GB of storage. They’re wi-fi only, with no 4G option available.

We expect the MediaPad M5 to be available to buy in spring.

This tablet aims to compete with the iPad Pro and Microsoft Surface Pro tablets. It comes with an ‘M-Pen’, a stylus with which you can write directly on the screen. The 10.8-inch display recognises a whopping 4,096 levels of pressure sensitivity – a light touch will give you a thin line, while a heavier touch thickens it.

You might appreciate this for quickly jotting a note, or for sketching if you’re artistically inclined.

Like the other new M5 tablets, it’s powered by the Kirin 960 processor. There’s a 13Mp rear camera, as well as an 8Mp lens on the front for video calls.

The M5 Pro undercuts the iPad and Surface Pro models on price (although UK prices aren’t yet confirmed). The cheapest version of the MediaPad M5 Pro is €499 – this gives you 64GB of storage, and you’ll need to be connected to wi-fi for internet use.

Spend €599, and you get 128GB of space and you can browse the web on the superfast 4G network – handy if you like to use your tablet on your commute.

Huawei’s laptops and tablets certainly have a lot of competition, including from brands such as Apple, Lenovo and Samsung.

It’s a newer brand for the UK market (it’s pronounced ‘wha-way’, incidentally). While we’ve not previously tested any Huawei laptops, the Chinese manufacturer has put out some impressive tablets so far. The devices have not been universally outstanding, but our tests have uncovered Best Buy tablets from Huawei.

To earn our Best Buy recommendation, laptops and tablets have to be really simple to use, speedy, and have good battery life and clear displays. Laptops and tablets are typically not cheap. The last thing you’ll want to do is spend a lot of money, only to feel bitterly disappointed.

To avoid making a decision you’ll regret, take a look at our Best Buy laptops and Best Buy tablets before spending a penny of your hard-earned cash.