Our latest simple mobile phones tests have unearthed not only the best handset we’ve ever tested, but also the worst.

The highest-rated simple phone storms past rivals with a stonking 85% test score, easily earning our Best Buy stamp of approval. It’s incredibly easy to use across the board, lets you have clear phone conversations and has good battery life. It’s hard not to love this phone.

The worst, on the other hand, tots up an atrocious 29% score, which means it has been incarcerated in the cold and unforgiving Don’t Buy hall of shame.

If you make an impulsive decision, there’s every chance you could end up with our lowest scorer. But you’d be bitterly regretful about your choice – unless you value appalling battery life and a handset that’s tricky to use, that is.

Below, we reveal the latest simple phones that have been subjected to our demanding assessments. For our definitive verdict, you’ll need to click on the links to individual reviews.

Simple phone reviews – find the best handset, whatever your budget 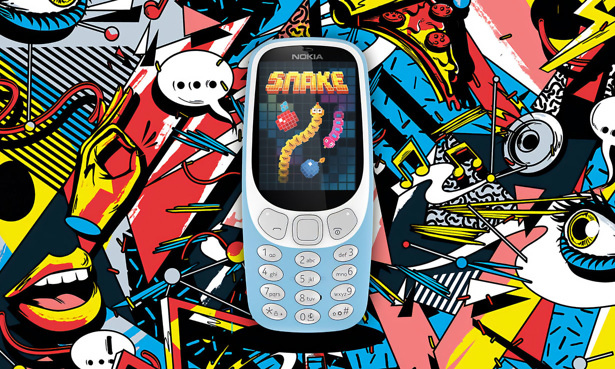 Our latest simple phone tests include the 3G version of the relaunched Nokia 3310. As you’d have rightly assumed, you can browse the web on the 3G network. This is faster than many other simple phones that run on the 2.5G network.

It costs around £60, which is pretty expensive for a simple phone. It has built-in FM radio, games (including the much-loved Snake), a torch function and a 2Mp rear camera. 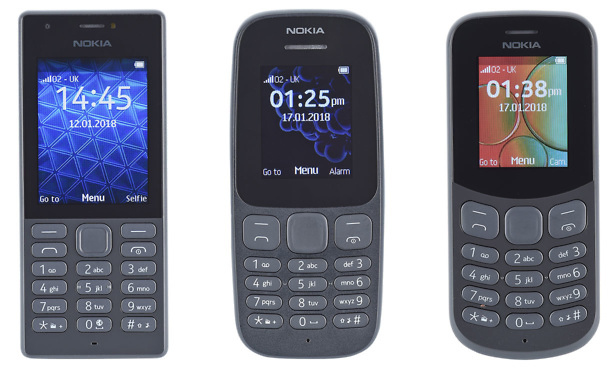 If you’re not fussed about the nostalgic 3310, there are other Nokia options for you to choose from.

The Nokia 216 is a £30 basic mobile phone with a 2.4-inch screen. While this might not sound large, it’s a good size for a phone of this design. You can browse the web on the 2.5G network, and it has a torch function.

You could also pick up the compact Nokia 105 (2017) for around £20. It has a 1.8-inch display, which is on the small side, and you can’t browse the web – it’s a phone purely for the essentials. Our full review reveals its battery life and whether it’s a dream or a nightmare to use.

The Nokia 130 (2017) is a slightly more expensive £35, and has a 0.3Mp rear camera. One thing we like about its keypad is that several buttons double up as shortcut keys – for example, the four navigation keys can lead you quickly to your contact list, calendar, and the torch and texting function.

Want to know whether Nokia handsets are worth considering? Head to all of our Nokia simple mobile phone reviews. 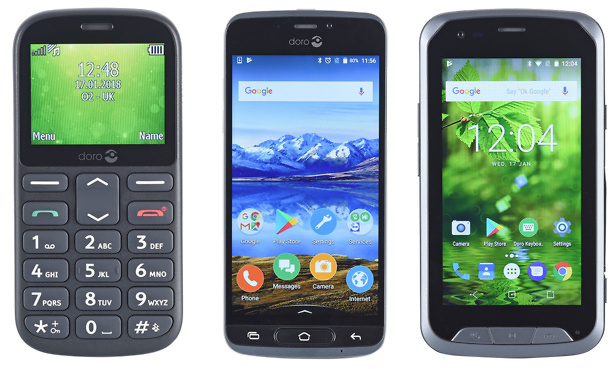 Doro is a really popular simple mobile phones brand and makes handsets for a range of budgets. But are its models any good?

The cheapest option we’ve just tested is the £25 Doro 1360. It has a torch function and, like all Doro phones, an assistance button on the back. Pressing this automatically sends a message to pre-assigned contacts, letting them know that you might need some help – handy if you’re prone to falls.

Doro also makes smartphones, with simplicity at the centre of their design. The £180 Doro 8040 is one such handset. It has many features you’d want from a simple phone, such as hearing-aid compatibility and an assistance button, but with the functionality of a smartphone. It has a sizeable five-inch screen, though – so might not be the best choice for you if you’re looking for a smaller device.

You could also consider the Doro 8020X, which costs around £150. It’s a simplified smartphone, but has a rugged design and is marketed as a phone that will survive an adventure. It’s water-resistant with an IP67 rating – this means it should survive a half-hour dip in one metre of water.

We’ve found big differences in quality between Doro phones. Jump straight to the best Doro phones for a quick view of the best. 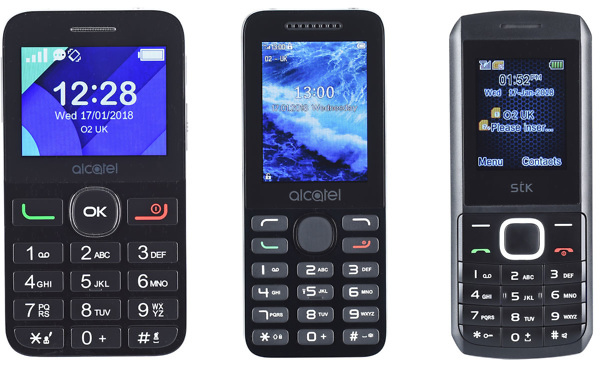 If a Doro or Nokia simple phone doesn’t tickle your fancy, we’ve also tested other phones from Alcatel and STK.

The Alcatel 2008G costs £30 and has a few handy features, such as an assistance button and a torch. From first glance, it has a sizeable 2.4-inch display and quite large number buttons, but you’ll need to read our full review to find out exactly how easy it is to use – and whether its battery life will see you through the day.

There’s also the Alcatel 2038X, which will set you back by around £23. It lets you browse the web on the 3G network and it has a 1.3Mp rear camera.

The £15 STK R45i is the cheapest simple mobile phone in our most recent round of tests. It has a small 1.77-inch display, a torch function and built-in FM radio, which is pretty generous considering the low cost. But can you expect good quality for such little price? Our review reveals the answer.

To earn our Best Buy recommendation, a simple mobile phone has to excel across a range of our tests, including:

Handsets that get good scores for all of the above tests are in with a chance of earning our stamp of approval, and end up in the Best Buy hall of fame.

To quickly discover the best simple handsets that money can buy, head to Which? Best Buy simple mobile phones.