More than 100 Currys PC World customers have told Which? they’re being forced into paying up to £40 extra for pre-setup laptops they didn’t ask for.

Despite ordering online or going to a store after seeing an advertised price, customers have told us they were told that only pre-setup laptops were left in the shop so they had to pay more.

Since January 2015, more than 100 people have contacted Which? about this issue – nine of those complaints have been in the past three months

After questions from Which?, Currys PC World says it’s ‘urgently re-briefing’ their stores that if there are only pre-setup models available, customers should not be charged extra.

Currys PC World does offer an optional £35 ‘Knowhow’ setup service, as advertised on its website, which includes a USB recovery stick. But customers have reported to Which? that it wasn’t communicated as optional.

This is a practice whereby a retailer lures someone into its store with attractive advertising, knowing it can’t honour the offer or there’s only a limited supply of stock.

Currys PC World is also required to advertise the full price of a product that is bought online under the Consumer Contracts Regulations.

Under fire from Which? again

This is not the first time Currys PC World has come under fire for this practice. We raised similar concerns with the company in January 2015 after a flurry of complaints on Reddit.

We confirmed with Currys PC World that if you weren’t aware of this set-up service before purchase, nor did you request it, that you shouldn’t have to pay any additional fees.

At the time, a spokesperson from the retailer reiterated to us that the service was optional. But after we continued to receive complaints, we again contacted the company in December 2015 and in March 2017, and it then said that it was ‘genuinely disappointed’ the incidents kept occurring.

Alex Neill, Which? director of home and product services, said: ‘This issue has been going on for more than three years without resolution and we are disappointed people are continuing to report feeling pressurised into parting with their cash.

‘We want Currys PC World to make cast-iron guarantees that it will put an end to this practice and that customers who’ve been caught out will be reimbursed.’

In response, a Currys PC World spokesperson said they were sorry to hear some customers were charged for the ‘Knowhow’ service without asking for it.

‘We’re urgently re-briefing our stores now to remind them that, in the small number of cases where only pre-set up models are available, customers should not be charged for the service when they buy their laptop.’

Currys PC World, owned by Dixons Carphone plc, has said that any customers affected by this should email directly at whichsupport@dixonscarphone.com so it can refund the extra charges and feed back to its stores and regional managers. 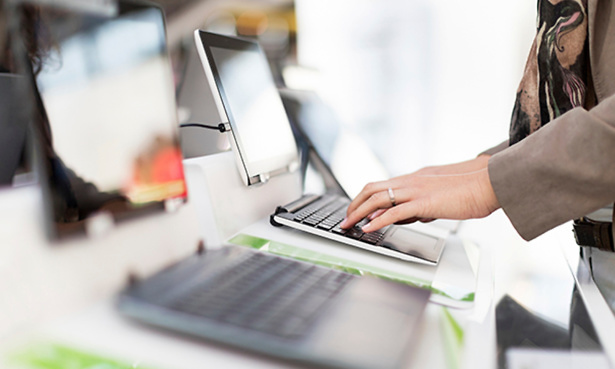 I’ve been affected, what can I do?

Under the Unfair Trading Regulations, there are 31 practices which are listed as being unfair and one of those is bait advertising.

A retailer can’t lure a customer into its store with special prices, knowing it won’t be able to honour the price. It also can’t promote one product with the intention of selling you something else – this is known as a ‘bait and switch’.

If a laptop is advertised for a specific price but there are only models with an upgrade installed left in the store, it has to honour the advertised price.

Use our guide to complain if you’ve been misled by a special promotion.

Only ‘pre-setup’ laptops available at an extra cost

In the past three months, at least nine people told Which? about their experiences with the unadvertised charge at Currys PC World.

A Which? Community member told us a sales assistant was adamant that they’d have to pay an extra £40 because the only laptops left in the model they wanted were pre-setup.

When the customer said no, the staff member said they would have to charge them £20 for the USB stick.

The mother of a Which? reader was told she would have to pay an extra £40 or she’d be sold a blank laptop.

‘She went in twice to see different staff and was told the same thing each time. At no point was this indicated to be an optional service,’ the reader said.

Three separate customers told Which? that they were told they would have to pay extra for recovery sticks – one person paid £40, the others argued and had the fees dropped to £20, which they both paid.

Another person forked out £10 for the service, which he said he didn’t even want.