Yesterday, House of Fraser’s creditors voted in favour of closing more than half of its stores, in a move that will also see cuts of up to 6,000 jobs.

It’s the latest in a long line of headlines spelling doom and gloom for the high street stores we know and love. Toys R Us and Maplin both went into administration earlier in the year. As well as House of Fraser, New Look, Carpetright, Monsoon, Mothercare and M&S have all announced closures. At the end of May, Homebase was sold for £1 and Debenhams has released yet another profit warning.

So far in 2018, nearly 650 retail and restaurant brands on our high streets have closed. Last year saw the closure of 5,855 stores, and a new report from the Centre for Retail Research predicts more than 10,000 will disappear this year.

For many shoppers, what was once the heart of their weekly shop has become a motley collection of charity shops, bookmakers, vape shops and empty units.

So what will become of the high street, and how has it changed?

What has changed for the UK high street? 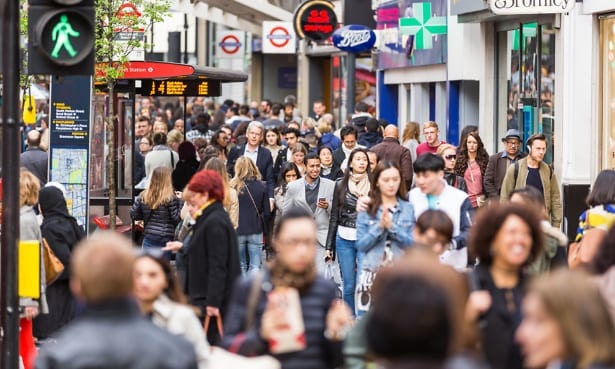 In 1994, only 0.5% of the UK population had access to the internet. Now, around 17% of UK retail sales are online and the latest figures show record figures for food and clothing sales. in 2016, we spent £81.55bn on online retail.

Traditional retailers have had to move fast to catch up with what shoppers want. Add into the mix rent increases and business rates rising above inflation, and it’s clear why many have closed.

‘Tech has made us lazy,’ says Dr Cathy Hart, senior lecturer in retailing at the University of Loughborough. ‘Consumers are much more fickle because we have choice and convenience. It’s easier to get something online, we’re not willing to wait and we have less need or time to visit physical stores. Consequentially, there’s been a drop in footfall to the high street.’

It’s not the same for everyone. Some brands have changed the way they sell to make e-commerce work for them. Argos, for example, has enjoyed multi-channel success partly through its popular click-and-collect offering. It offers speed and convenience: we can order goods online, so aren’t beholden to opening hours, and then go and pick up their order in store when it suits us.

Getting more for our money

A recent Deloitte study shows retail profit margins dropping by a third, as consumers tighten their wallets, and other costs rise. Discount stores such as Savers, Primark and B&M are all enjoying upward trends.

If we’re not after bargains, we’re looking for something with a little more personality than the classic high-street stalwarts. ‘Lifestyle’ brands, such as Joules and Ted Baker, have also seen boosts in popularity and – more importantly – sales figures.

According to Sofie Willmott, senior retail analyst at GlobalData, ‘if people are going to buy something, it needs to be worth spending money on, whether that’s an item at a very low price or something that’s a little special.’

How has the high street changed in the past 25 years?

Slide through our images of a typical British high street in the 1990s (left) and now (right), to remind yourself of how our retail habits have changed, and the old favourites we’ve lost on the way:

From commercial to social

The high street will never disappear completely, but its function and value in our day-to-day lives looks set to change. As our simple transactional purchases – clothes, music, books and groceries – shift to online retailers, space is opening up for more sociable high-street pursuits – and services we just can’t get online. Beauty salons, hairdressers, restaurants, coffee shops and bars are filling the places left behind – the future of the high-street seems to be one of sociable interactions, rather than just shopping.

Aldi has a cheap petrol lawn mower – but is it a cut above the rest?