Looking more like a cross between a telescope and a camera, this latest bridge camera from Nikon is a sight to behold. If you thought the 83x optical zoom with the P900 wasn’t enough, the Nikon Coolpix P1000 includes an immense 125x optical zoom lens that aims to get you close to the action from quite a distance.

Other new improvements include a new control layout, 4K video recording at 30 frames per second, great image stabilisation and a larger display screen for reviewing your shots.

Scheduled for release in September, the Coolpix P1000 will be priced at £999.

Below we compare the P1000 with other popular superzooms to see if this latest model could be the best superzoom camera yet. Plus, we see how it measures up to the Coolpix P900 to identify any improvements or compromises.

Could the Nikon Coolpix P1000 beat other superzooms? 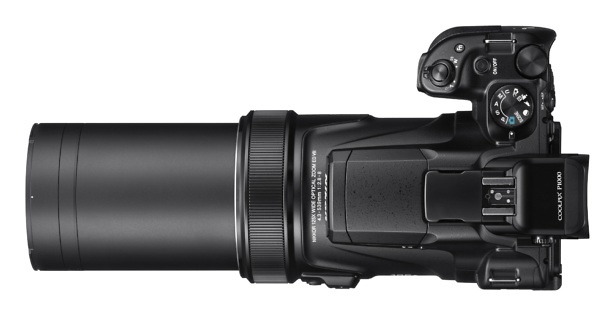 The biggest talking point is, of course, the 125x optical zoom. No other camera includes this level of magnification. The entire zoom range equates to 24-3000mm in a full-frame DSLR. Paired with new shooting modes, such as a Moon mode and Bird-watching mode, these types of settings cater to the long lens.

Other superzoom models, such as Sony’s Cyber-shot DSC-RX10 IV include a larger 1-inch sensor when compared with the smaller 1/2.3-inch sensor in the P1000. Typically, a larger sensor means that it can capture more light for better-quality shots, but the downside is that a larger sensor means the camera body also has to increase in size. This means Nikon has opted for a smaller sensor size to keep the dimensions and weight reduced.

If Nikon is trying to get new photographers interested in a dedicated camera, the P1000 is definitely turning heads thanks to the large zoom. It can do things a smartphone can’t, plus it beats other superzoom cameras already on the market.

That said, we can’t say overall what the image or video quality is like for the P1000 until we test it in our lab but, on paper, it looks to be on a par with the older cameras and improved in other areas.

One of the biggest differences between the two models is the extremely large zoom lens in the P1000. It has 42x more optical zoom than the P900, making it the largest fixed-lens zoom on the market today.

To help you frame the shot when using the long end of the zoom, the P1000 includes a snap-back zoom button, which allows you to temporarily adjust the field of view, find your subject and reframe the shot.

With a maximum aperture of f/2.8-f/8, it’s slightly slower at the long end of the zoom range when compared with the P900 (f/6.5), but the trade-off is that you receive significantly more zoom range.

As mentioned, the P1000 supports 4K video recording at 30 and 25fps, which is a nice bump up from Full HD in the P900. The camera can record with stereo microphones, plus it has an external mic input and a 4GB file limit size or 29 minutes of recording.

Something lacking in the P900 was Raw file format support but it is included in the P1000. Raw is an uncompressed file format that delivers higher image quality and provides far greater flexibility to process your images on your computer using photo-editing software and correct any deficiencies in the original shot (such as contrast, brightness, and highlights).