The smartphone is the ultimate all-in-one gadget, and for years has been ruthlessly consigning less versatile devices to the tech graveyard.

One product that’s stood firm against the smartphone’s embrace is the camera – photographers would tell you there’s no substitute for a proper SLR or compact, but with camera technology coming on leaps and bounds is it only a matter of time?

To find out, we asked the Which? Challenge team to see how the class-leading dual 12MP cameras from two of today’s biggest handsets, the Apple iPhone X and Samsung Galaxy S9+, fared in some slightly unconventional scenarios:

See the results in our video below, or read on for more details on exactly what sets the two cameras apart.

If you’re not a photography buff it can be hard to tell the difference between the cameras on paper alone, never mind actually spotting them in the real world.

Things aren’t helped when we compare these two handsets either, as when it comes to megapixels they’re both exactly the same with two 12Mp sensors each. A deeper dive into it, though, and there are some slight distinctions.

Aperture is a figure used to describe the size of the hole over the a camera’s sensor which allows light in. It’s expressed in the form of an ‘f-number’. Confusingly, the smaller the number the better it is: the iPhone X’s primary rear-facing lens is f/1.8 aperture while the secondary is f/2.4. The Galaxy S9+’s are f/1.5 and f/2.4 – a slight difference, but a clear winner.

Pixel size is something else that often gets lost when comparing cameras. It’s easy to be attracted to a camera with a higher megapixel count, but the size of those pixels affects image quality, too. If one camera uses larger pixels than another then its images will be larger – even if the actual number of pixels is the same. Larger pixels also collect less ‘noise’ (a sort of visual distortion and corruption) meaning image quality, particularly when subjected to greater exposure, is more reliable. Measured in micrometres (µm) the Galaxy S9+ triumphs here; its main lens captures 1.4µm pixels versus the iPhone X’s 1.22µm.

Both handsets’ cameras have optical image stabilisation (OIS) to help reduce blur, and both have phase-detection autofocus (PDAF) which helps them focus faster. They also both have 2x optical zoom, which allows them to zoom in without losing quality (if only a bit). One aspect Apple has Samsung fully beaten, though, is the flash. The Galaxy S9+ has just a single LED flash, while the iPhone X has Quad LED True Tone flash – this means that it can produce a brighter, larger spread of flash with varying tones of light that allow the camera to better reproduce colours and skin tone. 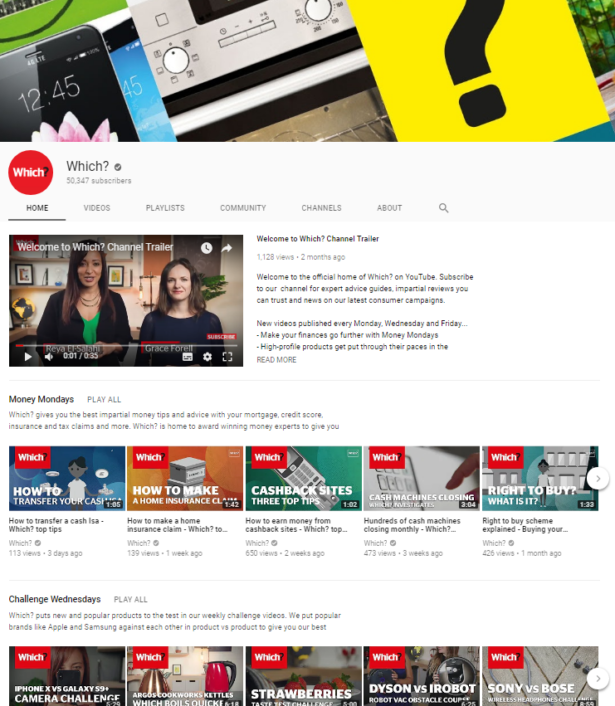 Each Wednesday, the Which? video team showcases a unique challenge between two popular, and often rival products. Challenges aren’t part of our regular in-depth lab tests and are simply done for fun.

See how the Irobot Roomba got on against the Dyson 360 in the battle of the robot hoovers, how Bose fared against Sony in a wireless headphones challenge or whether Alexa can beat Google Home on our Which? Challenge Wednesdays page.

You can also get money tips and advice on Money Mondays, expert advice on consumer products and issues on How to Fridays, and view a wide range of additional content on the Which? Youtube Channel.