In our latest first look review, we go hands-on with a premium Windows 10 tablet that comes bundled with a stylus, the Lenovo ThinkPad X1.

But how should you go about choosing a slate that you can write and draw on? Do styluses differ, or do they all basically achieve the same thing?

We take a closer look at what the ThinkPad X1 has to offer, as well as the latest stylus trends in each of the three biggest tablet operating systems, to help decide which best suits your needs.

You can be sure a stylus-compatible model from our Best Buy tablets list will tick all the boxes.

This is one of the most expensive tablets we’ve ever tested. Instead of our usual lab test, we put it into the hands and onto the desk of one of our Which? editors to see what they thought of it. You can read their thoughts in our Lenovo ThinkPad X1 tablet first look review. But what does your £1,150 get you?

Being a ThinkPad, this is a business-oriented device with all the trimmings. You get a 12-inch touchscreen display with a huge 2,160 x 1,440-pixel resolution with a 3:2 aspect ratio, which is more akin to the shape of a piece of paper than your average widescreen tablet. 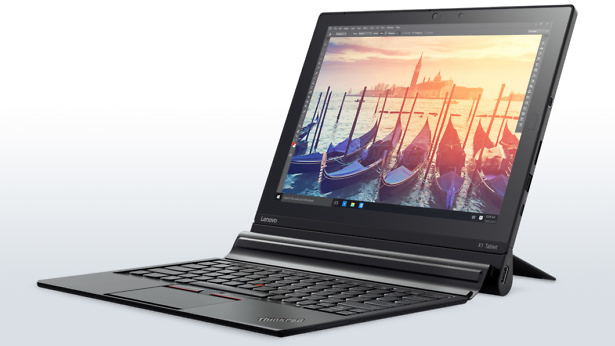 It comes with a keyboard dock that’s ideal for desk use, and there’s a stand on the back of the tablet that keeps it upright when you’re working. Under the hood you get an Intel Core i5 processor, which isn’t as fast as some other Core i processors, but the advantage of using such a chip is that it requires less cooling, and thus can fit into a much thinner device. And at just 7.6mm thick, this is a very thin tablet indeed. 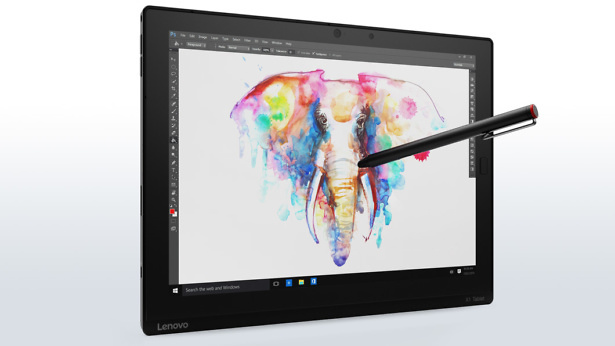 Unusually, this tablet can be purchased with a ‘presenter module’ that consists of an HDMI port for connecting to TVs, and also comes with a built-in projector for when you need a larger screen for showing off your holiday pictures or business presentations. And it also comes with a stylus that supports Windows Ink (see below) for easier note taking and drawing.

In focus: Tablets with styluses

If a £1,150 business tablet isn’t your bag, read our advice on picking a tablet with a stylus that’s right for you.

If you want a good drawing or note-taking experience, you’ll want an active stylus. Your tablet senses how hard it’s being pressed and at what angle it’s being held. This allows you to draw more accurate and realistic lines, making the whole experience more intuitive. For instance, pushing harder will create a thicker line. Active styluses connect via Bluetooth and thus need to be recharged occasionally.

Passive styluses, while very cheap, have no actual technology on board and simply replace your finger. This is fine for basic writing, is cheaper, and doesn’t require any batteries, but is a much more basic experience.

Our first look review of the Lenovo ThinkPad X1 tablet shows that Windows 10 tablets can come in all sorts of innovative shapes and sizes. But there’s one thing that unites all models that have launched since 2016: Windows Ink.

The Windows Ink feature supports Microsoft’s drawing and handwriting recognition software. It’s usually very fast, with near-instantaneous response to every input. Plenty of apps support it, including Microsoft Office, Affinity Designer and Autodesk Sketchbook, although many others don’t. There’s a dedicated Ink menu built into Windows 10, too, so you can easily access your favourite apps. Key features of Ink include built-in handwriting and character recognition, and the ability to convert certain pen actions into on-screen commands. This could include circling objects to select them, scribbling over words to delete them, as well as its fast response times.

Even if your software of choice doesn’t support Windows Ink, it will still work with a stylus on a Windows 10 device – it just won’t support specific Windows Ink functions, such as handwriting recognition, and may be ever-so-slightly slower to respond to your inputs.

Examples of tablets we’ve reviewed that use Windows Ink include the Samsung Galaxy Book 10.6 and 12, HP Envy X2, and Microsoft Surface Pro and Surface Go.

Apple’s take on the active stylus, the ‘Pencil’, is compatible with all current-generation iPads aside from the iPad Mini. There’s a wide variety of apps that support it, including Adobe Photoshop and Lightroom. The battery only lasts for 12 hours of use, and it’s charged awkwardly by inserting it into the iPad’s charging port, meaning it sticks out. 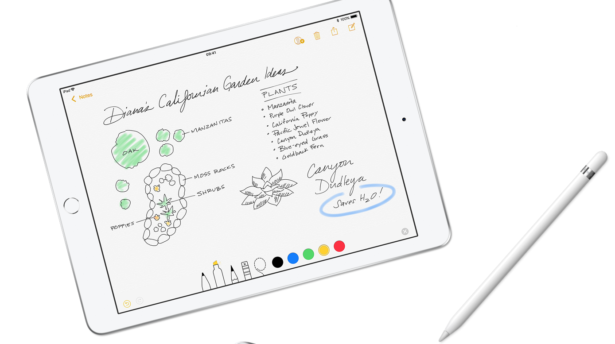 Still, it offers a very fast, lag-free drawing experience in every app, making it an excellent, albeit expensive, addition to the iPad. See our iPad Pro 10.5 review and iPad review for more.

The best-known stylus for Android tablets is probably Samsung’s S-Pen as seen on the Galaxy Tab S3. Like the Apple Pencil, this is an active stylus, which is ideal for sketching and drawing in apps that support it. Outside of supported apps, your active stylus will behave more like a passive one. You can also buy active styluses from Wacom’s Bamboo. These are well-reviewed online, but their compatibility is limited to a smaller subsection of apps than the Apple Pencil and Windows Ink.

More and more tablets ship with stylus pens these days, and the apps that support them are improving all the time. The best-value tablets for getting work done come with everything bundled in one package, whereas with the likes of the iPad or Microsoft Surface, buying a stylus is a costly extra.

Want to know more? Find out how to choose a tablet with our in-depth guide.