RBS, Nationwide and Lloyds Banking Group are the most difficult banks to deal with when making a PPI claim, Which? research has revealed.

A recent survey of more than 600 Which? PPI claim tool users showed that RBS was the most difficult banking group to make a PPI claim with.

Of those who made a claim with banks in the RBS group, almost one in three said they found the process difficult.

Nationwide and Lloyds Banking Group were the second and third most challenging, with 19% and 18%, respectively, finding it difficult to deal with them when making a PPI claim.

HSBC and Barclays came out on top for PPI claimants using our online PPI claim tool, with 64% and 56%, respectively, saying they found it easy.

We’ve previously received positive feedback about both banks. Successful and unsuccessful claimants have praised them for their prompt response and action when dealing with PPI claims.

Earlier this year, Which? reported that Lloyds Bank Group was potentially deterring PPI claimants after many complained that they had received a 12-page questionnaire requesting historical data.

The bank also suggested an unrealistic 14-day deadline to return the forms or risk the complaint being dropped.

Our survey found that nearly two thirds of PPI claimants were asked by their bank to provide more information when making a claim. Some did so by asking the customer to complete a questionnaire – Lloyds Banking Group (74%) and Santander (70%) were the most likely to do this.

A quarter of the banks that requested more information did so over the phone – HSBC (38%) did this most commonly.

Which? is concerned that difficult processes may put some consumers off from making a claim, or push them toward costly claims management companies, which can end up costing consumers hundreds per claim.

In contrast, our PPI tool – launched to ensure consumers can lodge claims easily and free of charge – has seen people receiving up to £15,000 and retaining every penny.

Use our free and easy-to-use Which? PPI claim tool to start a claim.

Despite some of the bank’s excessive paperwork demands, nearly one third of respondents who used our free PPI claim tool said they had been successful in their PPI claim.

On average, respondents received £1,500 in compensation. 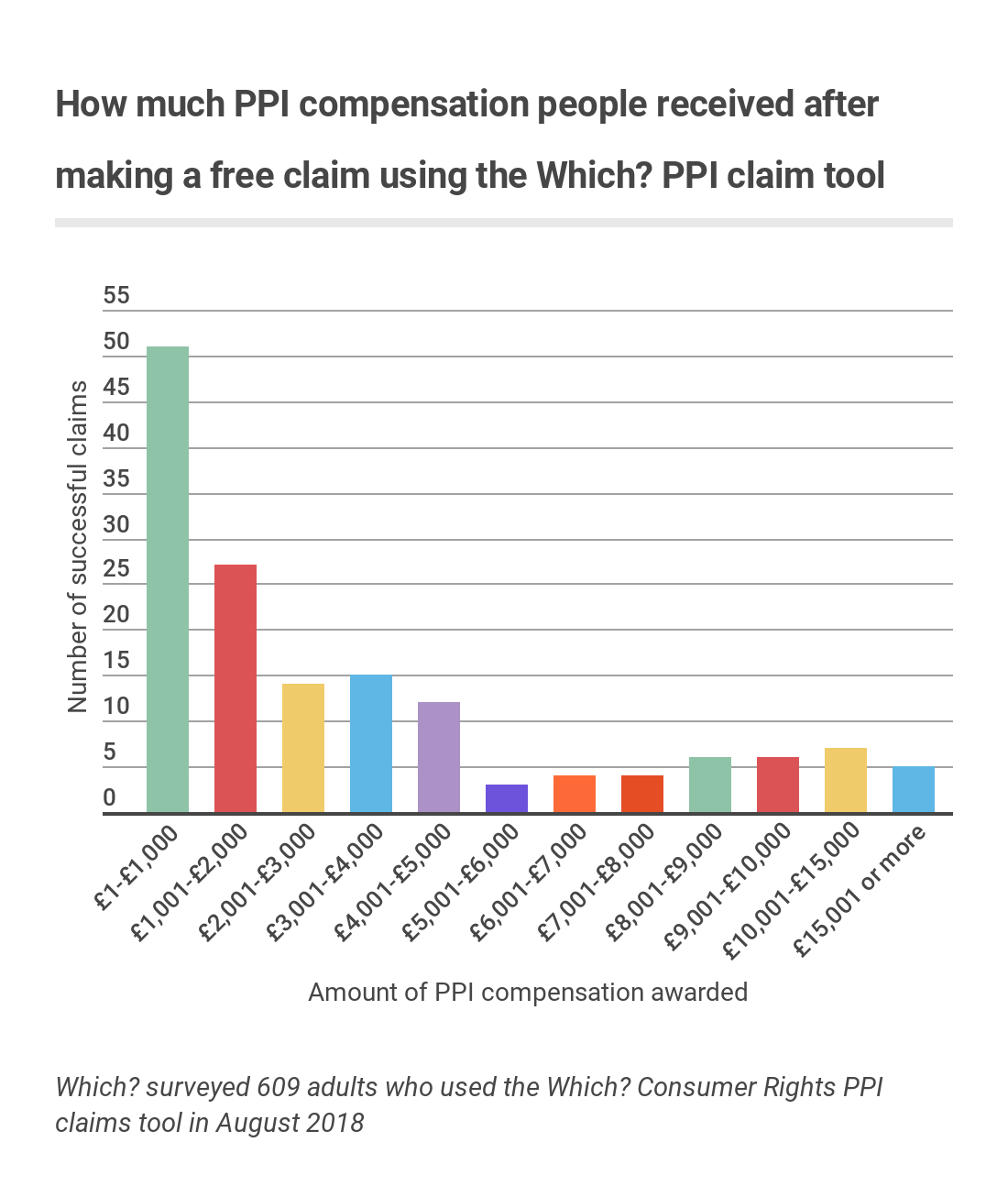 Since January 2018, banks have paid an average of £391.8m in compensation each month, according to data from the Financial Conduct Authority.

Gareth Shaw, Which? money expert, said: ‘Time is ticking as there is just one year left to make a PPI claim. It’s frustrating that some banks appear to be making it harder than it needs to be and claims management companies have also taken advantage of this situation.

‘We are urging anyone who may have been mis-sold PPI to make a claim. There are free tools to use online or they can apply directly to their banks – you have nothing to lose.’

Over the next 12 months, there could be millions, if not billions of pounds left to claim.

The deadline to claim PPI is 29 August 2019, just under one year from today.

If you’re still unsure whether you want to make a claim, you can use our PPI mis-selling checklist to see whether you’re eligible.

Did you know, you can also make a PPI claim on behalf of a deceased relative? Check our PPI FAQs guide for more information.

We surveyed 609 adults who used the Which? Consumer Rights PPI claims tool in August 2018.